Several newspapers had anticipated it at the beginning of September, and the Wall Street Journal re-launched it on Monday, November 15, enriching the news with further details.

In 2018, a state-controlled Chinese company bought 75% of a company that produces Italian military drones, Alpi Aviation. And it would have done so by circumventing the controls to protect the activities of some strategic sectors, including national security.

In September it was pointed out that the Guardia di Finanza was investigating the inflated prices of the operation. And it was only known that it was a network of companies “attributable to two major government-owned companies in the People’s Republic of China.”

The investigations conducted at the request of the Public Prosecutor of Pordenone had led to the arrest of six people, three Chinese and three Italians. The accusation was of “violation of the law on military equipment and violations of the legislation on Golden power which protects strategic Italian companies”.

Today other aspects of the story have come to light. Let’s see which ones.

In 2018, a company registered in Hong Kong bought 75% of Alpi Aviation, which produces Italian military drones.

The strong suspicion is that China is behind the private company, which would thus purchase new technologies, albeit indirectly, indirectly..

In fact, the Hong Kong company, Mars Technology, would be attributable to China Corporate United Investment Holding (CCUI) and CRRC Capital Holding. And the two groups, in turn, would report to the Chinese public company Management Committee of Wuxi Liyuan Economic Development Zone and SASAC.

The timing of the operation is not entirely clear. It is assumed that the acquisition took place in the transition period between the Gentiloni government and the Conte government, therefore from March to June 2018.

Alpi Aviation, a company from Pordenone, was already being watched by the Financial Police. The initial suspicion, although the company has always denied, was that in 2009 Alpi had sold Italian military drones to Iran despite an embargo.

Recent searches revealed the sensational relations with China. What did the investigators discover?

Relations between Alpi Aviation and China

In July 2018, a company registered in Hong Kong just two months earlier, Mars Information Technology Co. Ltd., bought 75% of the Italian military drone company, Alpi Aviation. The figure is 4 million euros, equal to 4.6 million dollars, to which another 1.5 million invested in the Pordenone company must be added.

Finance also discovered that Alpi Aviation was negotiating with the Hong Kong company the transfer of know-how and technology to China, before the finalization of the purchase of the share of the Italian company.

Furthermore, in 2019 Alpi Aviation sent a military drone to China, where it remained for a year. Alpi had stated that it was a “radio-controlled model aircraft” destined to be exhibited at a fair in Shanghai lasting only five days.

The problem of controls

The transfer of military technology and the production of military equipment outside our country requires the permission of the Italian government. Which in this case was absolutely not warned.

The aforementioned Golden power has therefore been bypassed. An instrument that, introduced in 2012 by the Monti government, implies “the right guaranteed to the public authority to intervene in market transactions involving companies qualified as strategic.” And, of course, Alpi Aviation, which produces Italian military drones, is also among the strategic companies.

Furthermore, from 2018 the European Union also requires external companies to report the acquisitions of companies based within the EU. Even if the ultimate responsibility lies with the individual national governments of the Union.

But as reported by the Wall Street Journal, the Chinese acquisition of the company that produces Italian military drones would show how weak are the controls, at both national and European level, on sensitive technologies and of primary strategic importance.

The Italian military drone company, Alpi Aviation, rejects the accusations. These are the statements of the top management, immediately after the investigation was started: “The company we represent firmly denies that in its conduct we must recognize violations of the rules for the protection of Golden power and the legislation that regulates the transfer of strategic information or technology outside the national territory.

It reserves all actions to protect its image. As regards the transfer of the company’s shares, the same took place in a transparent manner, with reference to the real value of the company and in compliance with tax regulations “.

In the press release there is no lack of criticism of the Guardia di Finanza, which by spreading the news would have disseminated “improperly assessments and conclusions regarding a criminal proceeding still under investigation”. 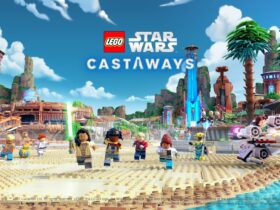 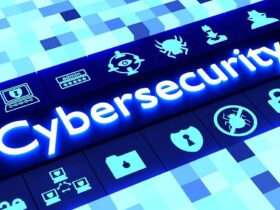 Bitdefender publishes a new report on cybersecurity and online behavior

The Last of Us Parte 2: disponibile l’update PS5