Chivalry 2 is ready to let you experience the medieval action in a few days, to pass the wait we show you a gruesome trailer

Prior to launch on June 8, the developers of Chivalry 2 they presented a new one trailer filled with large-scale battles, carnage and bullet-severed heads. If you’re new to the series, and maybe even if you’ve played the first game, the blood level shown in the Chivalry 2 launch trailer will be pretty impressive. Let’s see all the details about it in the next lines of this article.

Chivalry 2: the trailer will leave you amazed here are the details of the Xbox Series X and PS5 versions

Arrows that disfigure faces, fountains of blood from a just severed shoulder and beheadings, this and much more in the new trailer of Chivalry 2 that we propose below. For the uninitiated, Chivalry 2 is the long-awaited sequel to Chivalry: Medieval Warfare 2012, itself a hack-and-slash multiplayer game based on the Half-Life 2 mod, Age of Chivalry. Extremely violent large-scale, medieval battles are the daily bread of the game, with the main mode a 64 players all against all. The original game also featured duels, team deathmatch, king of the hill and other multiplayer modes. It’s unclear which of these game modes will be available in Chivalry 2 at launch, but Tripwire recently released a roadmap that vaguely outlines future development plans.

The sequel adds a revamped gameplay system with heavy animations and faster combat, a larger, more interactive sandbox, more detailed player expressions, a new 40-player strategy game mode, and much more. The new generation versions have been enhanced with support for the standard 4K, 60FPS, ray-tracing and the tactile feedback of the DualSense.

You can pre-download Chivalry 2 on PS4, PS5, Xbox One, Xbox Series X / S starting Sunday June 6 at 5pm. PC players will be able to start their pre-loads starting Tuesday 8 June at 4.30 pm. The game in question, however, had already shown itself to the community in all its truculence on the occasion of the beta that was held some time ago. 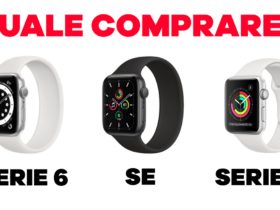 Infinite: trailer of the film with Mark Wahlberg available