After introducing you to the timeless classics for girls, let’s focus now on those purely oriented to boys: here are the best Shōnen Anime

Last Friday we introduced you to the genre, showing you 5 unforgettable souls, the ones that accompanied us during the afternoons with friends throughout adolescence.

But Japanese animation is so vast that it cannot contain the best in a single special, so today we return to the theme, talking about series linked to our memories, indelible more than ever.

As specified, the term Shōnen is mainly addressed to a male audience, starting from school age up to the age of majority, but everyone and everyone benefits from it.

Let’s see in detail the ranking of 5 best Shōnen Anime. 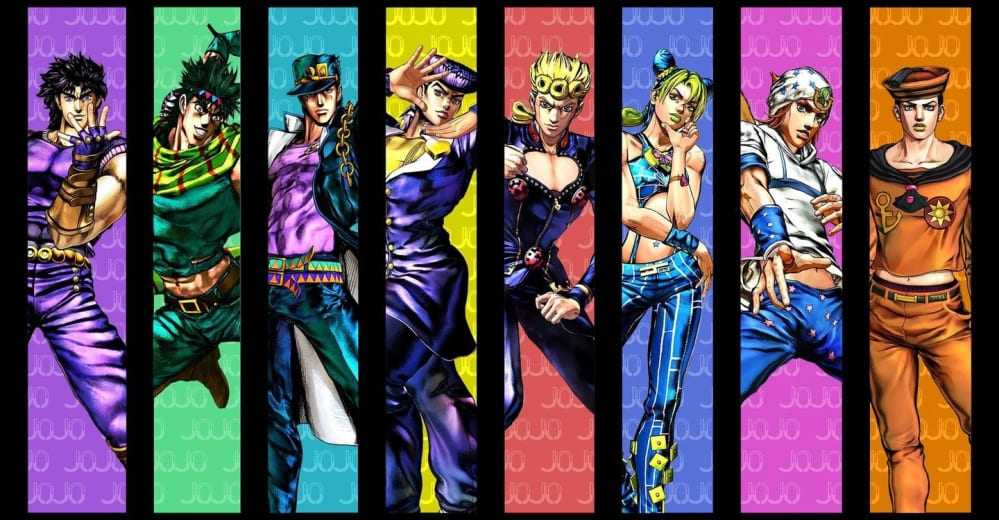 The story tells the epic of the family Joestar fighting against the powerful vampire Dio Brando through a time span that spans the centuries. To date, the work, still in the course of publication, is divided into eight parts, each of which is characterized by different characters, settings and themes.

Each of the eight series focuses on the adventures of one of its descendants, and each takes place in a different historical moment. All the protagonists get the nickname in one way or another “JoJo”. Throughout the work, a very funny and interesting aspect, there is an innumerable amount of musical and cinematographic citations, initially veiled and hidden, and subsequently more and more evident. JoJo is a unique series of its kind, the main peculiarity of which is the nature of the fights; based more on strategy and reasoning than on mere brute force, they allow a succession of epic twists and touching moments. You will not want to do without it! 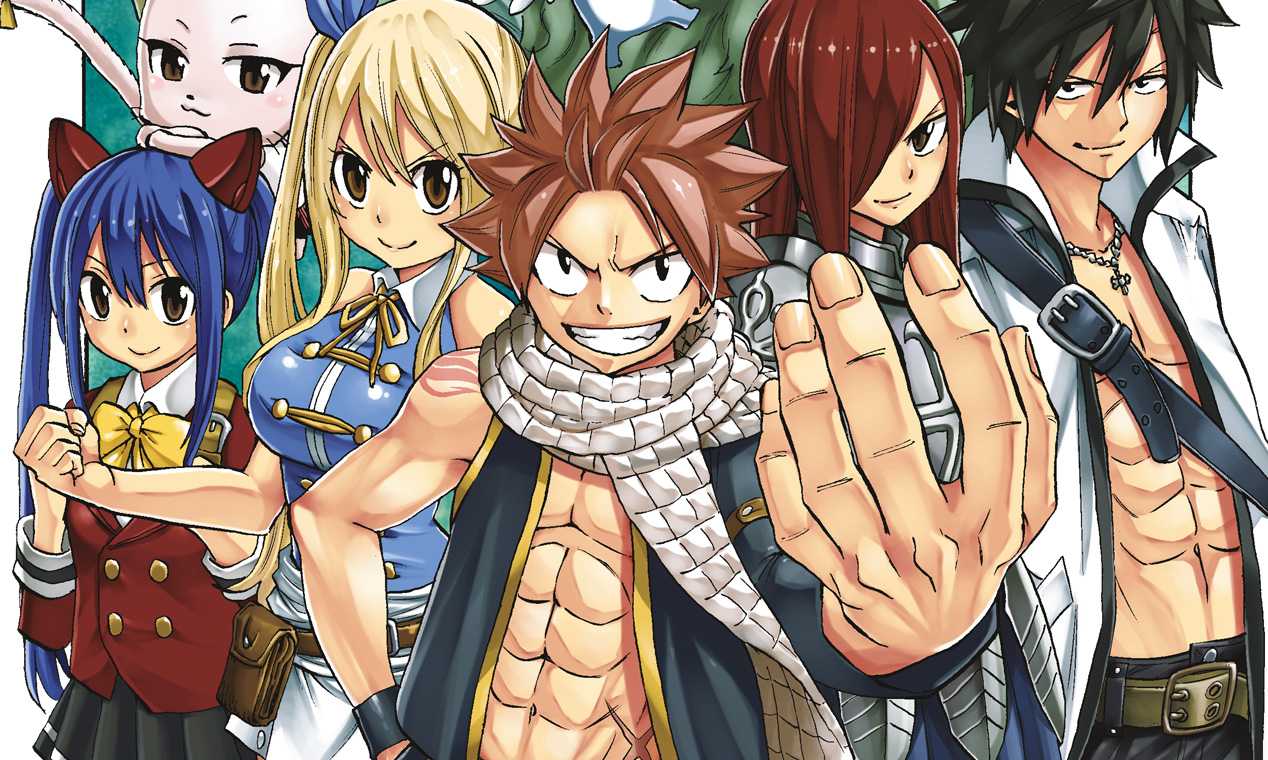 Lucy Heartphilia is a girl who dreams of becoming a famous sorceress and joining the most prominent wizarding guild of Fiore’s kingdom: Fairy Tail. One day, after various ups and downs, he meets Natsu, a boy who travels the world in search of the dragon Igneel together with his trusty companion, the blue cat Happy (one of the components of Fairy Tail). Joining the guild, Lucy will end up grouping with Natsu and two other wizards of the guild: the ice mage Gray Fullbuster and the S-class warrior mage Elsa Scarlet. In their travels and missions they will meet many powerful wizards, good and evil, rival and dark guilds, monsters and demons, also traveling in parallel worlds, to be able to live their great adventure.

The characters are excellently characterized good or bad they are; each of them has a story to tell, often resulting in truly moving moments. Without neglecting the numerous combat phases present. These are always precise and no movement or action is left in the confusion of the moment, a fundamental concept that in a title of this kind must never be forgotten. A long series, which presents more dynamic episodes and many others slower, but that does not bore even for a moment.

Gon Freecss is a twelve-year-old boy who lives on Whale Island with his aunt Mito, his adoptive mother. Meeting Kaito, a “hunter” A professional, he discovers that his father Ging, whom he has never met, is alive and one of the best hunters in the world. Gon then decides to become a hunter himself to look for him. He then takes the exam, during which he will meet other aspiring Hunters (with whom he will form a strong bond of friendship).

This series is also quite long, but it is not complex or overly articulated. This is thanks to the subdivision of the story into large blocks: the exam to become Hunter, the York Shin City auction e Greed Island. The articulation in several narrative phases, in fact, makes the vision extremely smooth. But at the basis of the whole story there are the main protagonists, just four, surrounded, from time to time, by secondary characters that will vary from period to period. This will put the four under a hypothetical magnifying glass, which will see them act together and bring to light their background, the reason why they have chosen this profession. 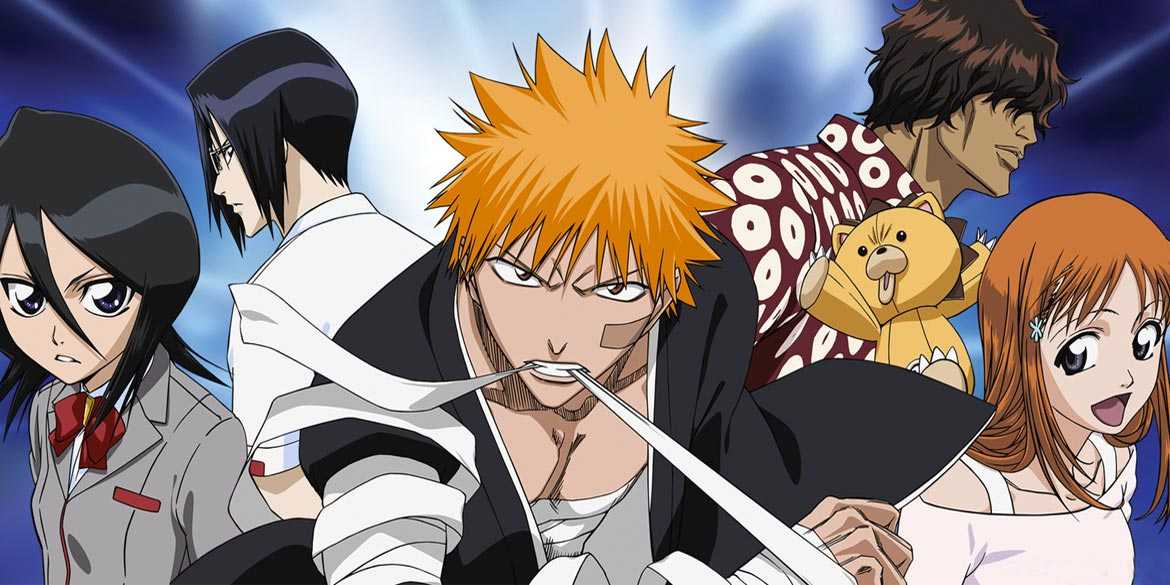 Ichigo he is a boy with a very special gift: he can see ghosts. His family has two sisters with powers similar to yours and a skeptical and slightly insane father. One day he finds himself involved in a strange accident and, thanks to his powers, he is the only one present to understand what is really happening. The turmoil of the last days is caused by some creatures that hunt and devour the souls of ghosts and people with great spiritual strength: the Hollow. To face them there are the Shinigami, also invisible to ordinary people, and with the additional task of giving peace to the souls trapped on Earth. Soon Ichigo, due to his supernatural powers, himself becomes prey to the Hollows and, in the last attempt to save loved ones, “reborn” as Shinigami.

Bleach is undoubtedly one of the giants of the genre battle shonen, which has nothing to envy to Dragon Ball and the like. The story itself is very original, from the moment when little has been so deeply trodden in the role of Shinigami. But the real strength of this work lies in the characters: they are not stereotyped and, in particular the main characters, are all well characterized. It is fully part of the list of anime to see at least once! 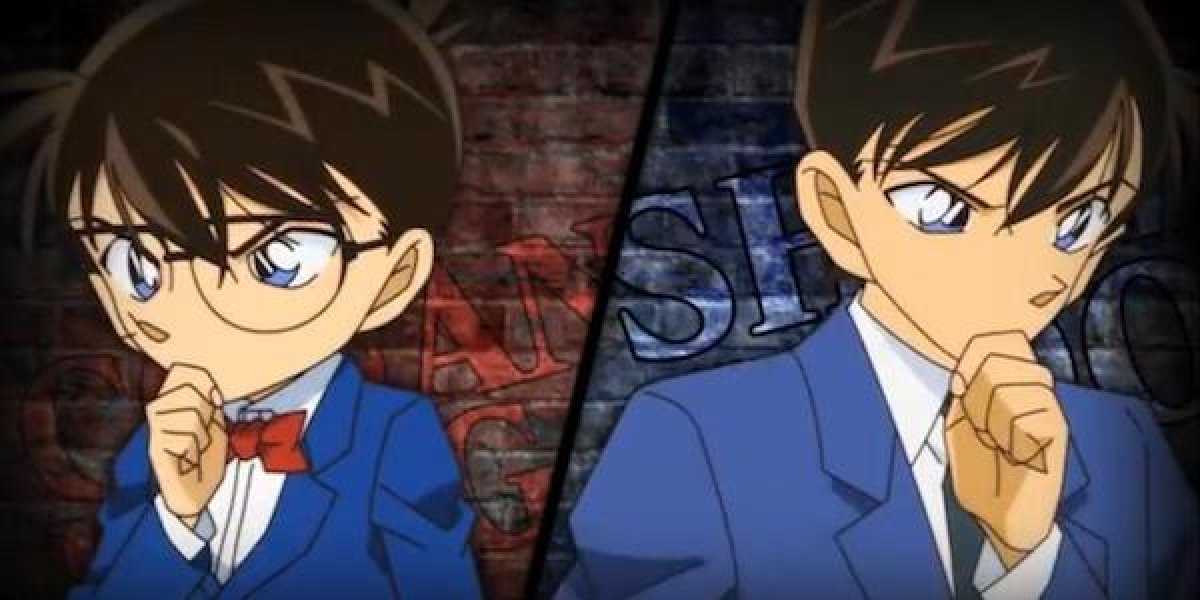 Shinichi Kudo is a high school student passionate about detective novels who, dreaming of becoming a great detective, pokes his nose into police affairs and always manages to brilliantly solve even impossible cases. As his friend Ran often reminds him, his is a dangerous pastime and Shinichi discovers it at his expense when, involved in a case that is too big, he finds himself alive by a miracle, but suddenly becomes a child again. Who are they and what are those mysterious men in black who made him shrink? And, above all, how to go back to what it was before? Here is a really difficult case for Shinichi Kudo, who this time, however, will have to face in the guise of Edogawa Conan, the mini detective.

Between one case and another, Conan gets closer and closer to the mysterious black organization, bringing the plot, the main one, to ever more intense complications and spectacular cases to say the least. The story, as it unfolds, non shows only cold reasoning, from yellow, but also action and many shojo scenes (thanks to which fans of all genres can be gathered). It doesn’t show itself in clichés for granted, but it forces the characters to always try their best, emerging from seemingly impossible situations without improbable interventions and impeccable and annoying timing, which unfortunately often happens.

Now that we have shown you in detail i 10 Best Shōnen Anime, you just have to get comfortable on the sofa and start seeing one. You can’t complain: you are spoiled for choice!