Christmas edition 2022 is almost upon us, the gifts have been given, and the cinema and TV series editorial staff of TechGameWorld.com wants to give a special gift to all its readers by recommending Christmas films and TV series from the hearts of our editors

Christmas edition 2022 is almost upon us, so the gifts have already been given and most of the people are preparing for lunches and dinners with friends and relatives. Precisely in this context of family and warmth, the editorial staff of the film and TV series section of TechGameWorld.com wishes to wish its readers a special Christmas holiday giving away the advice of a favorite TV series or movie.

Favorite movie or TV series is that title that with the passing years always remains in our minds, warms us in the most difficult moments and reminds us of Christmas even in August. We have decided as editorial staff to share these titles with you, hoping that they will bring you a good mood, make you smile and maybe even a nice rewatch in company.

Christmas: film and TV series recommendations according to the TuttoTek editorial staff

Synopsis: Balto is an orphaned at birth half husky and half wolf, who dreams of becoming a sled dog. Unfortunately for his origins it is difficult for him to realize his dream, until an epidemic of difertitis hits his town and Balto will transform him into a hero.

Motivation: a great classic of animation that always played during the Christmas period since I was a child and that is always perfect for the period. Ah, the first film, please! Synopsis: Fantaghirò is a princess who, to save her beloved Romualdo, embarks on a fantastic journey in which she runs into many dangers, but also meets new friends who help her find her way home.

Motivation: it won’t be Christmassy, ​​but it’s that series that they always broadcast during the Christmas holidays and it reminds me of my childhood and adolescence. Synopsis: Quasimodo is the deformed bell ringer of the Notre-Dame cathedral in a constant struggle to be accepted in society. In this story that mixes drama and strong emotions, he too will have his revenge.

Motivation: it’s pure nostalgia and it’s also a great way to get closer to the Victor Hugo classic.

Synopsis: Jack Skeletron is the pumpkin king of Halloween Town, where everything revolves around October 31st. One day he decides to make a change in his life to understand what Christmas is and make the other inhabitants understand it too.

Motivation: a timeless cult which, in addition to its masterful creation, deals very lightly with the theme of the encounter between different cultures

Synopsis: It all begins when an old lady tells her granddaughter the story of Edward Scissorhands, an artificial boy who has scissors instead of hands. The inventor of him was a very determined scientist, who died shortly before he could complete Edward…

Synopsis: The story of the encounters and clashes in the life of Elena “Lenù” Greco and Raffaella “Lila” Cerullo, best friends and worst enemies, through the decades of a changing Italy. Based on Elena Ferrante’s bestsellers.

Motivation: the scene that struck me the most takes place during the Christmas and New Year period. I also choose it because it is perhaps one of the most intimate series I’ve ever seen; shows a raw but real cross-section of Italy a few years ago and tells the female world in an excellent way, in the different stages of life.

Synopsis: Clint Barton and Kate Bishop shoot a series of arrows and, when the tables are turned, try to avoid becoming the target themselves at all costs.

Motivation: beautiful TV series of 2021, among the best in the Marvel universe and which arrived with the final episode of the first season right on Christmas 2022 on Disney Plus.

Eva recommends Singing in the Rain

Synopsis: At the end of the 1920s a famous silent film actor is hired to star in a talking film, but during its making numerous rivalries emerge between the protagonists and even great laughs.

Motivation: film from my childhood, still jealously guarded on VHS, suitable for Christmas but also for mid-August, because it’s a bit like black that goes with everything.

Synopsis: One Christmas morning, a wealthy Manhattan bachelor wakes up in the parallel life he would have lived if he had stayed with his estranged girlfriend thirteen years earlier to pursue a successful career. Having overcome the initial trauma of losing everything he knows, man begins to value what the parallel reality offers him.

Motivation: a classic and present on Netflix, therefore perfect for always reviewing at Christmas.

What do you think of our tastes? What’s your favorite Christmas TV series or movie? Let us know in the comments! In the meantime, we wish everyone a Merry Christmas. 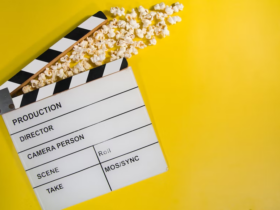 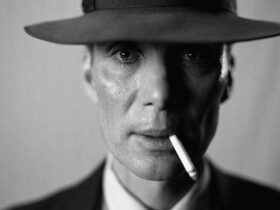 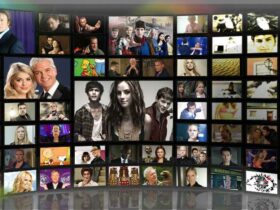