NIS America recently released the new story trailer di Crystar and revealed the official release date on Nintendo Switch of the title. According to what has been announced, the title will be available starting from March 29, 2022. NIS America also released further details regarding the game pre-orders. Let’s find out all the details together.

The Crystar story trailer, coming to Switch in 2022

Set in a gloomy but vibrant world, this one dark fantasy follows the story of Rei, a grieving girl who has to fight against her demons. Only by overcoming the enemies around her, and her inner demons, will she be able to free herself from hers suffering.

The synopsis of the title reads:

King and her younger sister, Mirai, they find themselves in the strange world of Purgatory. As they try to get home, a monster ambushes them. At that moment, determined to protect her sister, a hidden power awakens in Rei, granting her extraordinary abilities. However, the battle ends with death, not victory. Rei loses control of her powers, killing the same sister she had sworn to protect.

Despair and grief overwhelm the grieving girl when suddenly a pair of Demons emerge from the darkness. They offer to grant the Rebirth to Mirai in exchange for the souls and tears of the fallen. After signing the contract, Rei embarks on a perilous journey to save her sister by any means necessary.

The Limited Edition di Crystar include:

The title will be available from March 29, 2022 on Nintendo Switch. On the official NIS America website you can pre-order the title instead.

Ori: the guys from Moon Studios open to cross-platform “without Xbox”

Dracula, a new movie about the first vampire of all time 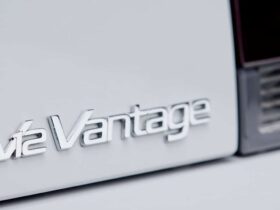