In the past few hours, an insider said he had come into possession of some leaks related to premium and free content that will be added to Cyberpunk 2077 come DLC in the course of 2022. The leak appeared on the pages of the 4Chan forum and, although at the moment there is no way to verify the veracity of this information, it is already making its way around the web, given the details of the contents described.

Cyberpunk 2077: a DLC leak has appeared

The one described by our leaker would be a really rich year for all Cyberpunk and fans CD Projket Red. In the first instance, the Polish software house should organize a streaming event in February to announce what appears to be a sort of second launch of the game, which will be updated with various graphics and gameplay optimizations.

This new version of the game will be called Samurai Edition, and in addition to containing the update for the next gen consoles, it should introduce many other new contents to the game, such as barbers, garages and a new user interface, but not only. Above all, it should be better the artificial intelligence of enemies, which should update along with a re-balance of the system crafting.

As if that were not enough, the insider also mentions the arrival of a free DLC, which should add 4 new weapons, the mode New Game Plus, as well as the ability to customize and furnish the protagonist’s apartment, an option that has been loudly requested since launch.

Finally, as icing on the cake, the leaker announced that in 2022 the developers should insert a video game similar to Gwent that can also be faced in multiplayer and that an anime based on the video game called Cyberpunk 2077 Edgerunners made by none other than Studio Trigger. We urge you to take this information with a grain of salt, as it all sounds too good to be true.

WhatsApp: is a Community function coming? 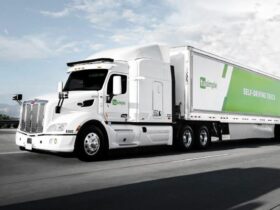