id Software has released an update that introduces a new mode in DOOM Eternal, read this news to find out the details

Publisher Bethesda Softworks and developer id Software will release a update free for DOOM Eternal which adds the new mode “There”For single player. This is what executive producer Marty Stratton announced in an update on the game’s official website. Let’s see all the details about it in the next lines of this article.

DOOM Eternal: The new update is the protagonist of the recent post from the game’s developers

“We are confident that this Horde mode will offer you even more variety and challenges,” said Marty Stratton in the message. “In addition, the team continues to work on a BATTLEMODE update that includes a more competitive and rank-based structure, a series of gameplay and balance updates, and another new map. We expect to share more information at QuakeCon in August ”. 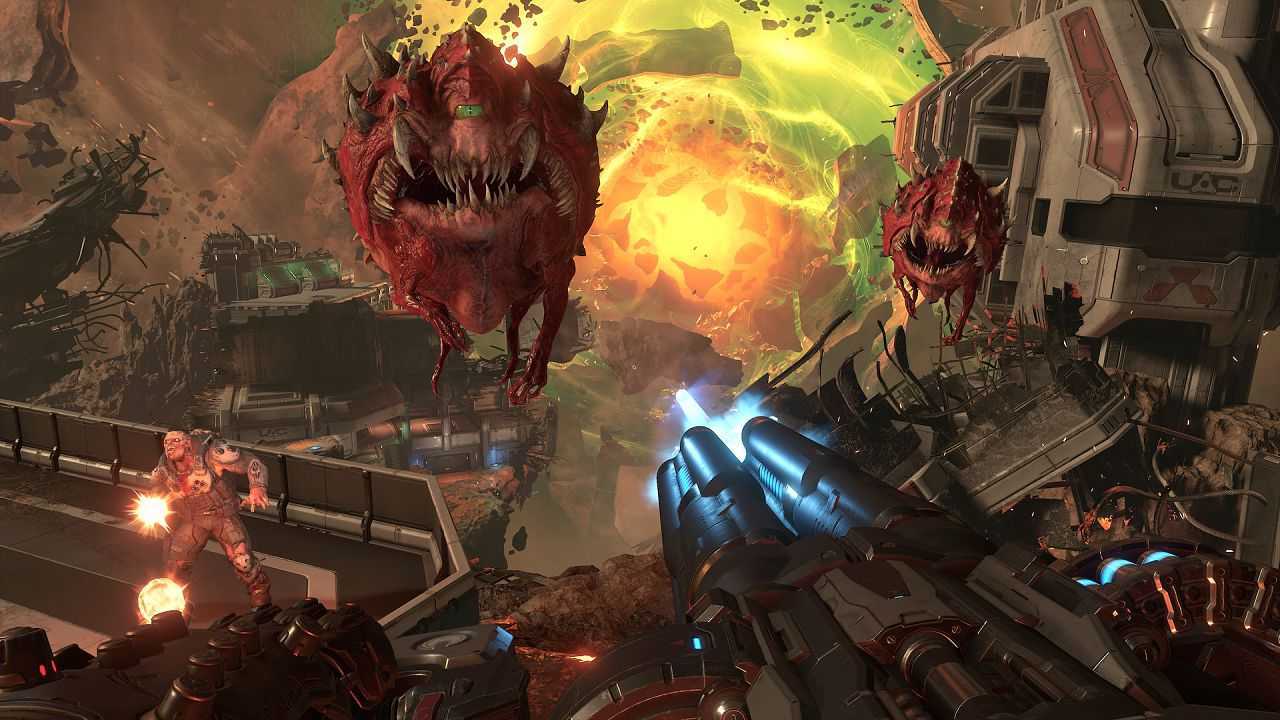 On the site DOOM Eternal the development team has released information on the next update of the game and the next plans regarding the development roadmap. We leave you with an excerpt from Marty Stratton’s statements:

With E3 2021 finished and Update 6 recently available, we want to give you some information on our latest work and plans for DOOM Eternal in the coming months. In March, we celebrated DOOM Eternal’s first anniversary with the release of our second campaign expansion, “The Ancient Gods – Part Two”. Together, both expansions of “The Ancient Gods” offer the most thrilling and thrilling gameplay ever offered by the series, as well as an epic conclusion to the Slayer saga that we started in DOOM (2016). “The Ancient Gods – Part One” is now also available for Nintendo Switch and we plan to release “Part Two” later this year on the same platform. On June 29, we were thrilled to deliver Update 6. […] We are particularly excited to offer exciting new video options for next-generation consoles, as well as improved graphics with ray tracing on Xbox Series X, PlayStation 5 and compatible PC hardware. The free update includes the Taras Nabad Master level, with new challenges and rewards for both standard and classic modes. BATTLEMODE players can play in a new map, as well as enjoy server performance improvements. As many know, we were planning to release a free Invasion Mode update for the game. However, the unforeseen consequences of the pandemic and remote working have impacted development progress and this addition. During this time, we’ve also seen and heard how many of you enjoy the range of gameplay and combat available in the expansions and master levels. Given these assumptions, we have decided to redirect our attention from Invasion mode to creating an entirely new single-player Horde mode. […] Finally, I want to emphasize how immensely proud I am of everything our teams at id and Bethasda have accomplished. It’s incredibly hard to believe that we haven’t seen each other in person since before DOOM Eternal launched more than fifteen months ago, and despite the obstacles created by the pandemic and remote working, dozens of updates and additions have been created, tested, released. Through it all, we have continued to be inspired and thrilled by your incredible support and passion for the game, so from each of us, thank you.