We recently had the pleasure of speaking with the members of Fallen Flag Studio, the team that gave life to Eldest Souls, and from our chat a very interesting interview was born.

Fallen Flag Studio is the small studio that gave birth to Eldest Souls, a great soulslike which revolves around boss battles (find ours here review). The company was founded in 2018 by Jonathan Costantini and Francesco Barsotti, two Italian programmers born and raised in Roma. Costantini and Barsotti embarked on a university career in Derby in England, but after three years their enormous desire to create a video game led them to take a break from studying to devote themselves entirely to Eldest Souls together with Sergio Ronchetti, the composer and sound designer of the team.

An insight into Eldest Souls

Eldest Souls è a quality title that has managed to carve out a place in the hearts of many hardcore gamers and beyond. It’s been a month since the game’s launch and we recently had the opportunity to talk a little with the founders of Fallen Flag Studio. From our chat was born a really interesting interview which allowed us to deepen different aspects related to the development of Eldest Souls and beyond. 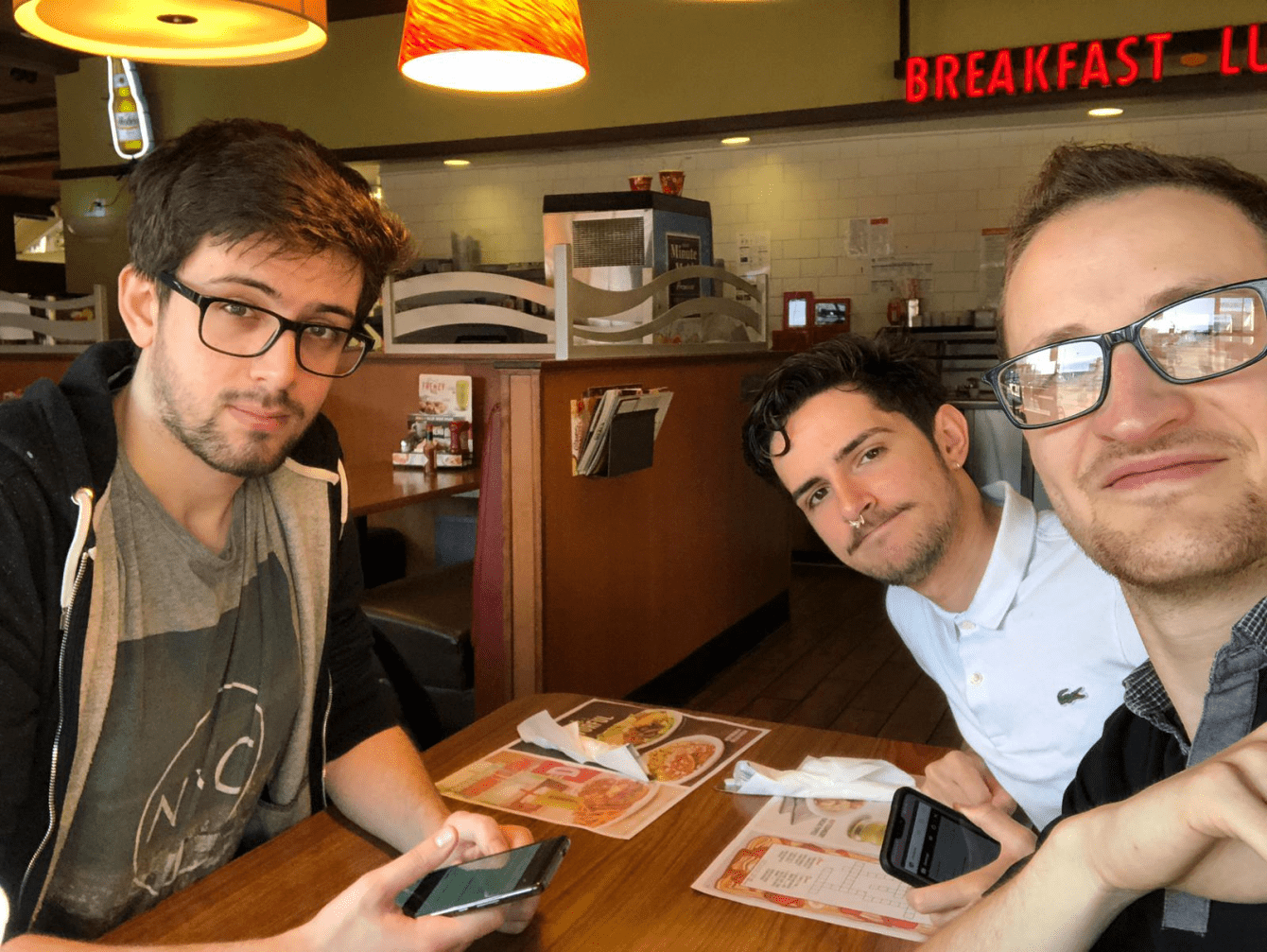 It has been a while since the launch of Eldest Souls and for sure you have had the opportunity to hear different opinions about it. Overall, the response of the public and critics satisfied you?

Yes we are both very satisfied, being very difficult as soulslike we expected more difficulty in entertaining criticism. (Francesco Barsotti, co-founder & programmer)

Despite its small size, Fallen Flag Studio managed to create a really great title. Was it difficult for an independent team like yours to carry out a project like Eldest Souls? Also, how important was your United Label publisher’s support during development?

It was certainly difficult to bring Eldest Souls out without any supervision from other Seniors or someone with experience in the field of gaming. Although to be honest one of the things that enjoyed me the most was discovering all those barriers and obstacles that there are in videogame development that sometimes are not noticed from the player’s point of view, and find ways to solve them or overcome them. our way. Having a publisher behind us has certainly helped us to have a bigger team when it comes to marketing, QA, etc…. (Francesco Barsotti, co-founder & programmer) 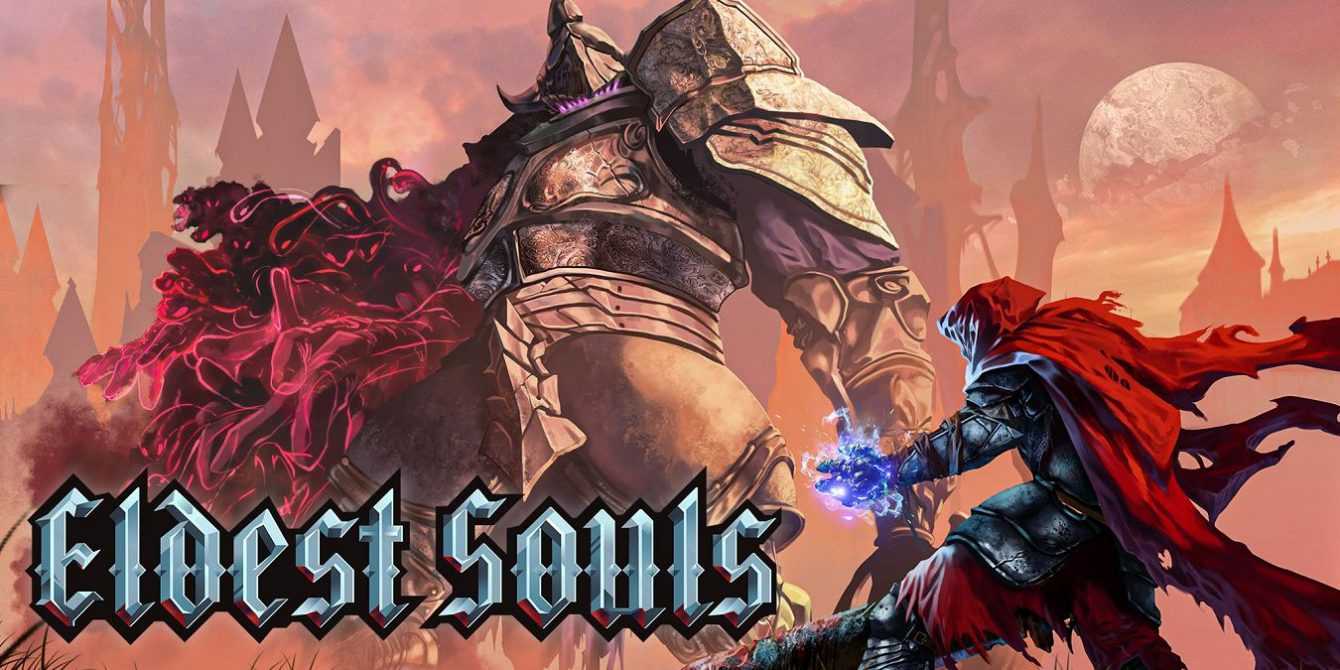 In addition to From Software’s Souls, what other titles inspired you most for the making of Eldest Souls?

Both John and I are passionate about MMOrpg and action games in general. I can certainly mention FURI, Titan Souls, Devil May Cry, but also titles like World of Warcraft, Final Fantasy XIV or Path of Exile. Overall I think Eldest Souls is a bit of a soup from our favorite video games. (Francesco Barsotti, co-founder & programmer)

Have you always thought of Eldest Souls as a boss-rush game or is it an idea that came to you in the middle of development?

Eldest Souls was born as a university project between me and John, we thought of something that was achievable with our resources and basic knowledge. We preferred to focus on quality rather than quantity. Having only boss-fights, we were able to focus on other areas of development as well. (Francesco Barsotti, co-founder & programmer) 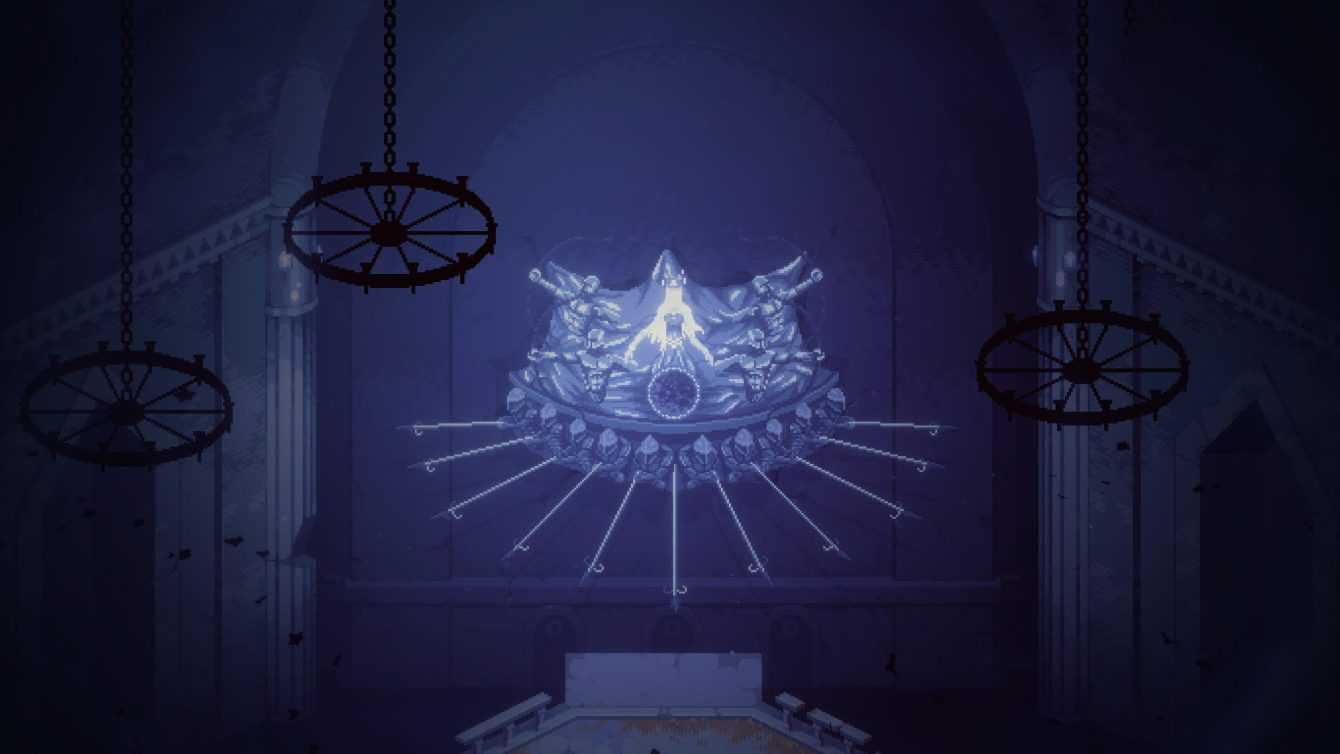 Eldest Souls is based on extremely challenging fights that can sometimes take dozens of tries before being overcome. During development, have you ever feared that this high difficulty could take a slice of gamers away from your title?

It has always been a danger, but at the same time we knew from the beginning that difficulty would also be one of our strengths, and we decided to accept this philosophy (Game is hard) instead of finding alternatives or middle ground that probably they would have taken us away from our original idea. (Jonathan Costantini, co-founder, designer & programmer)

That of the Boss Shards is a very original mechanic that adds a lot of variety to the gameplay of Eldest Souls. Was it difficult to be able to design and above all balance skills so different from each other?

To be honest, adding this system was a very quick choice, and maybe we overdid it a bit with the number of variations and abilities. I think it was very challenging both to find good designs for each Shard and the various infusions, but obviously also to do the programming part, audio and video. If we could go back, I suspect we would have reduced the number a bit, to focus more on making the Shards even more unique and interesting, but we are very happy that most of the players have had a good experience with our system. . (Jonathan Costantini, co-founder, designer & programmer) 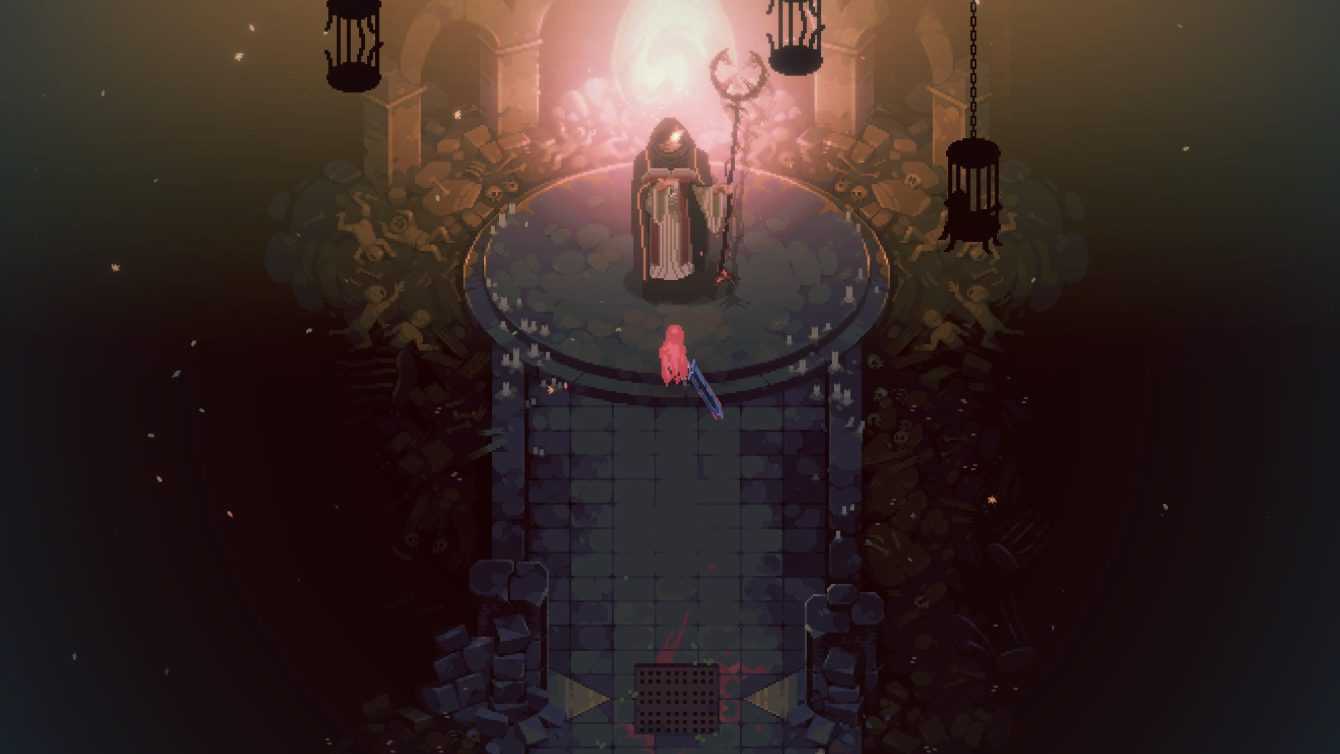 Is there a possibility that you will release new add-on content for Eldest Souls in the future?

We don’t have anything confirmed yet, but both Francesco and I would be delighted to have the opportunity to add content to Eldest Souls, both for personal gratification but also to thank the players who have given us a lot of support and feedback, both before and after launch. (Jonathan Costantini, co-founder, designer & programmer)

Now that Eldest Souls has finally been released, do you already have a new project in mind to work on?

We are still in the process of deciding exactly what to do. We’d love to expand Eldest Souls, but we’re also excited to start new projects with everything we’ve learned during development. In the meantime, we are working as fast as possible to bring improvements and fixes to Eldest Souls! (Jonathan Costantini, co-founder, designer & programmer) 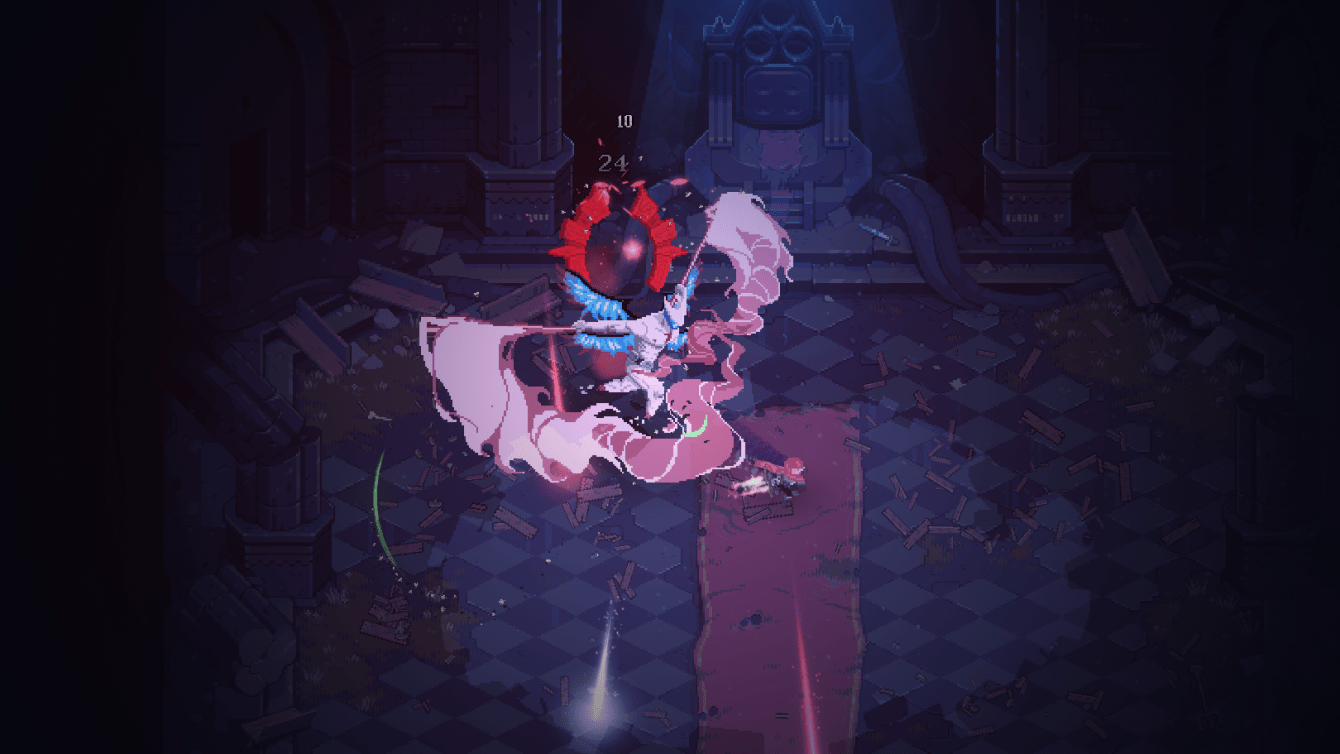 Many thanks to Fallen Flag Studio!

This concludes our interview with the developers of Eldest Souls. We found Jonathan and Francesco’s answers very interesting, and we are sure they were also interesting for you. With Eldest Souls, Fallen Flag Studio has shown that it has a lot of potential and personally we can’t wait to hear about them again.

Eldest Souls è disponibile ora per PC, PS4, PS5, Nintendo Switch, Xbox One e Xbox Series X | S. If you are interested in staying up to date with all the news on the world of video games and much more, then continue to follow us here on TechGameWorld.com. Furthermore, in case you want to buy some games at an advantageous price, we suggest you take a look at the many offers on Instant Gaming.