Let’s find out together, with our quick review, if it is worth buying Pile up !, the curious platformer of Seed by Seed, in its console version on Xbox devices

The genre of Platforms still arouses a lot of charm in those who, as he writes, were born or raised in the 90s. Since the days of the first Crash Bandicoot, Spyro, Sonic and Super Mario, many gamers have learned to video games with the first exponents of this fantastic world, which has gradually evolved towards other styles away from the classics , in short, evolving. Cuphead is the first “new” platform that comes to mind, which is very different from, for example, an Ori and the Will of the Wisps. One genre, many facets: the beauty of the gaming world in a nutshell.

If, thinking of something recent that traces 3D platformers with a strong emphasis on co-op modes, Balan Wonderworld only comes to mind, we are sorry for you. We were also burned by unfortunate experiment by Yuji Naka, considering how much the initial premises and the presence of Square Enix behind the project had magnified our expectations. However, there is another title, which has remained more hidden from the eyes of the mainstream public, which could do for you. Welcome to our review of the Xbox version of Pile Up!

Think Inside the Box?

We already talked about Pile Up in its PC version a few months ago, but we recently got to grips with the console port of the game. The contents are exactly the same, without anything additional or modified. The colorful game world painted by Seed by Seed has therefore crossed over from the world of the Personal Computer to forcefully invade that of consoles, including the Xbox, Sony and even Nintendo Switch platforms.

We then found ourselves overwhelmingly immersed in the world of Boxling, small paper boxes (customizable with different skins), in a great adventure in the name of jumping and gliding. A world that obviously winks at more famous productions such as Little Big Planet, but certainly not lacking in personality. What amazes about Pile Up is in fact mainly the aesthetics and the character that the developers have been able to impress in a platform suitable even for the little ones. 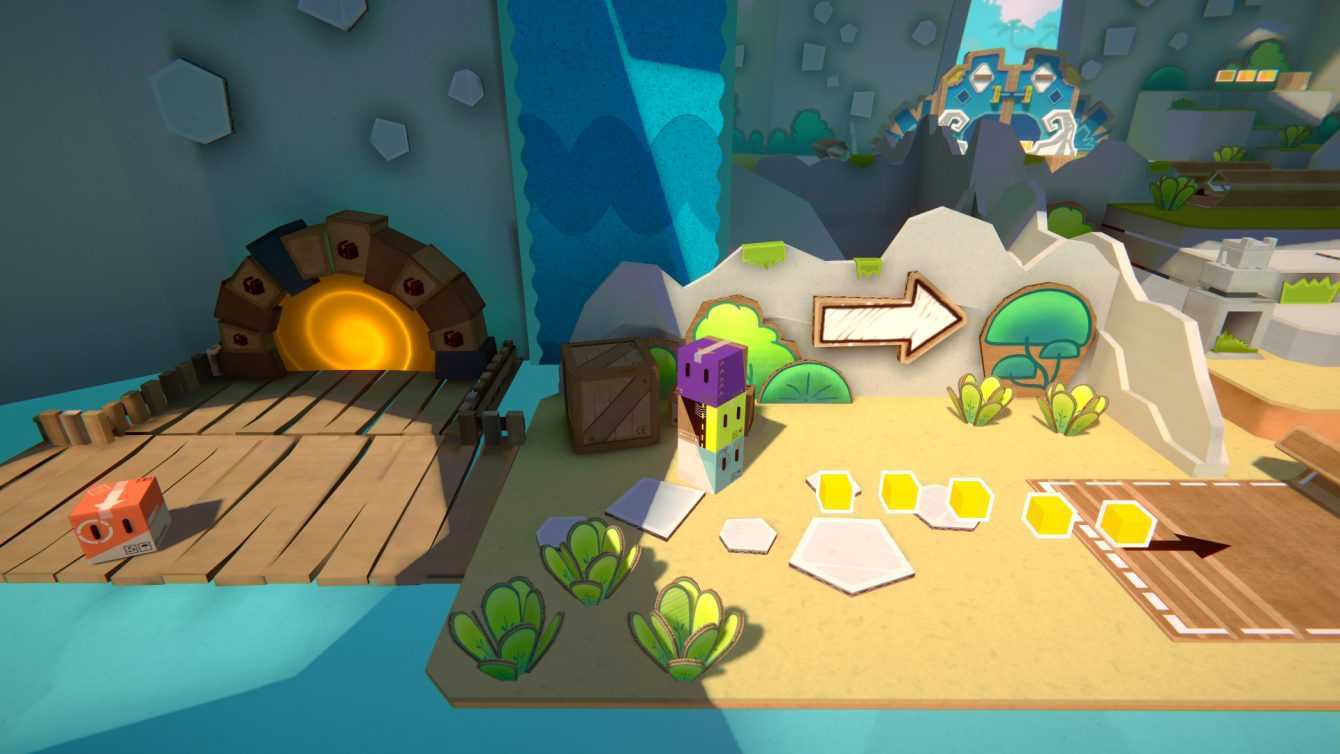 Think OUTSIDE the Box! – Pile up! Review: lots of boxes on Xbox!

Each game world, in fact, which can be accessed from the more than classic central hub, a feature that refers to many 90s platformers such as, for example, Crash Bandicoot 3, will be completely different from the others, in a unique mix of ideas and mechanical. These worlds were left cut off when, following a terrible and “dark” event, the links connecting them to the central hub have been severed. It will therefore be our task, or more precisely of our box protagonist, to reconnect them and save the inhabitants.

In Pile Up there are no hostile creatures, so the main game mechanics are exclusively about stacking and moving boxes in the various maps to continue in the different paths. Certainly not a casual choice, but highly questionable in our opinion. The excessive simplicity in the completion of the various worlds, in fact, makes Pile Up a title that can also be purchased by the little ones, certainly, but that fails to offer an adequate amount of challenge for the older ones. It must be said that you will have to have some flash of genius if you want to collect all the collectibles scattered in the various worlds, but the mere completion of the game will take you away too few hours to be satisfied.

This being the review of an Xbox port, and considering the fact that we have thoroughly explored all the exquisite gameplay mechanics that form the foundation of Pile Up in our PC review, we refer you to that article for further details. In these concluding paragraphs, we would like to focus exclusively on the technical side of the product, as it is actually the only existing difference that we can point out without becoming repetitive. 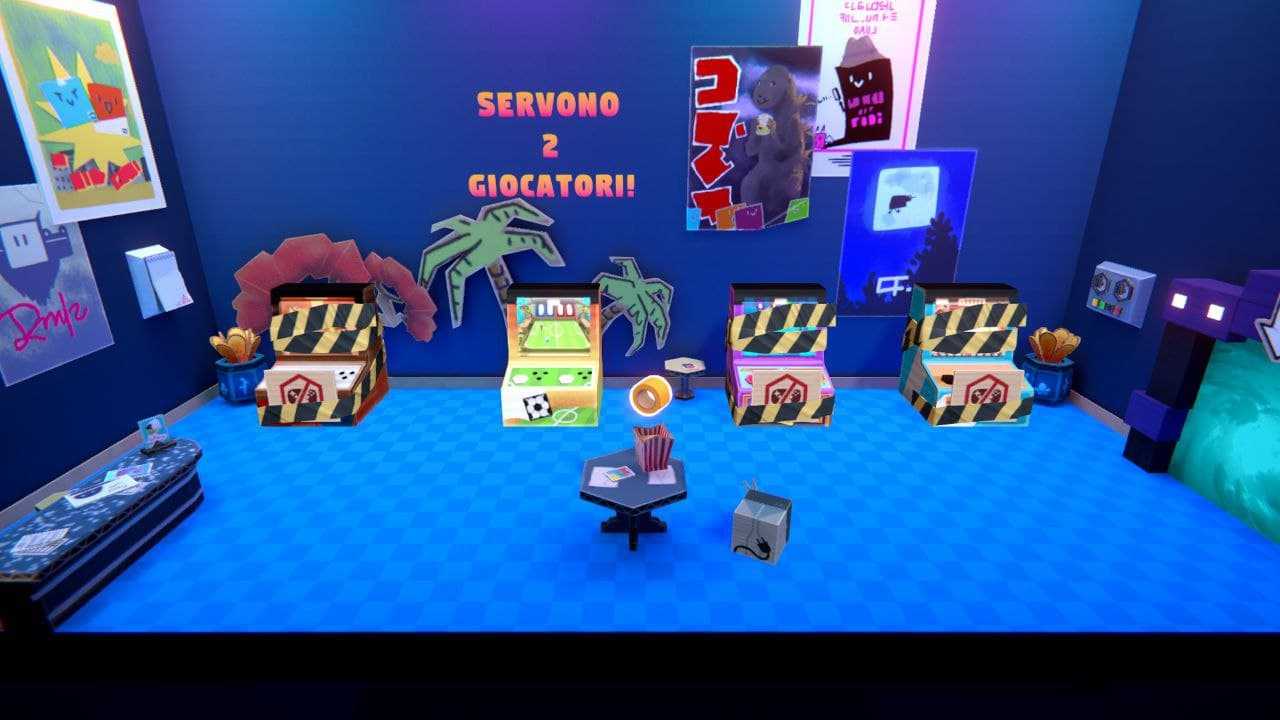 Pandora’s Box – Pile up! Review: lots of boxes on Xbox!

On a purely performance level, the game performs very well (almost obviously, we would dare to say) on the machine in our possession for this review, that is Xbox Series S. Although it is not in fact the most performing hardware on the market, there have been no problems of any kind, both as regards the frame rate and the stability of the software. The loading times are excellent, never exceeding 3 or 4 seconds for the more full-bodied ones, and also the quality of the textures is generally very good. Of course we are not talking about a particularly heavy title, but we assure you that, to see, Pile Up is really pleasant both from a purely technical side, and from the more appreciably artistic one.

A small and out of tune mention should be made to command feedback via controller. Pad in hand, in fact, we found ourselves several times falling from platforms for wrong jumps of a few millimeters, due to the already unfortunate shape of our protagonist (strange as it may seem, it is not so easy to position a cube correctly) both from the inaccuracy of the input. The commands seemed to us unresponsive and, at times, really poor quality. In general, that’s not much of a problem though, considering that even if you’ve crashed into a ravine for the fifth time in a row, Pile up’s automatic respawn will have you restarting a few moments earlier. 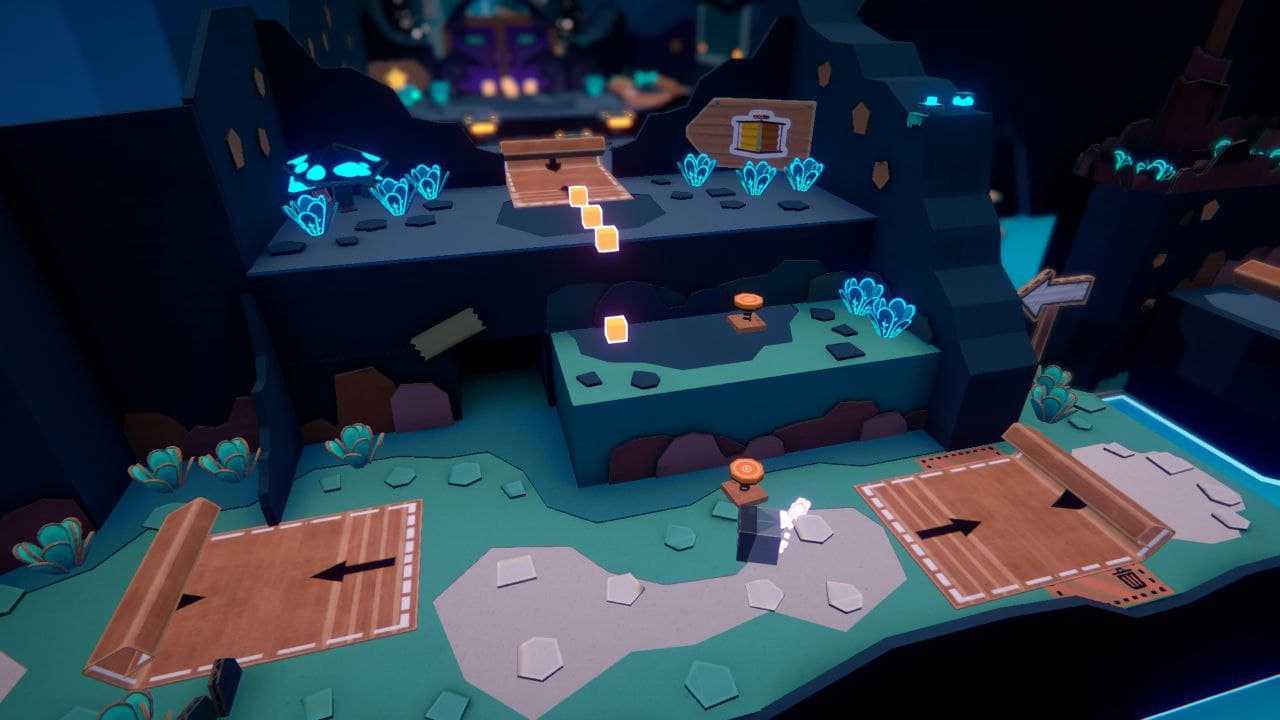 To conclude this quick review of Pile up in its Xbox version, the title of Seed by Seed remains a good platformer able to thrill everyone, from the little ones, to families to you, strong men with beards. Of course, if you are looking for a quantity of challenge comparable to other great exponents of the genre, you will want to look elsewhere. Too bad for the lack of precision of the input of the commands from the controller, which often creates annoying and decidedly unpleasant situations. The difficulty level and the respawn checkpoints, however, will definitely meet you, making the general experience rather simple and intuitive. Recommended (even on consoles)!

You can find Pile up! on PC, Xbox One, Xbox Series X | S, PlayStation 4, PlayStation 5 and Nintendo Switch. Let us know what you think of the title below in the comments, we will continue to keep you updated with all the news, guides and reviews on the theme of gaming and tech! And if you are interested in game keys at advantageous prices, we recommend that you take a look at the InstantGaming catalog!