At the end Epic Games seems to have checked it. The judge Yvonne Gonzalez-Rogers resolved that Apple must allow alternative forms of in-app payments in the App Store, what Epic was asking from the start of the trial. The sentence will be effective within 90 days (on December 9th) unless Apple decides to appeal. However, the judge did not recognize Apple as a monopoly and ordered Epic to pay part of the proceeds to Cupertino.

Apple must open to in-app payments in the App Store: the judge agrees with Epic

In recent months, Apple and Epic have been debating a fundamental issue for the iOS ecosystem. Epic tried using a own in-app payment system for Fortnite, which is not allowed by the current App Store rules. In the virtual store of the iOS applications, the payments all go through the Cupertino system, which withholds 30% of all payments. Apple then suspended Epic from the App Store. Epic was no longer there and decided to sue. Months of legal debates followed. Which finally have a conclusion: Epic is right. But with some gray tinges.

According to the permanent injunction signed by Judge Yvonne Gonzalez-Rogers, Apple is “permanently prohibited from prohibiting developers from including metadata buttons, external links or other calls to action in their app that direct customers to purchasing systems. in addition to in app purchases ”of the App Store. In addition, Apple must allow to “communicate with customers through the contact points obtained voluntarily from customers through the account registered in the app”.

Purifying a little bit of guile language, Apple must allow you to insert alternative payment methods in the apps and communicate offers and promotions.

However, the court acknowledged Epic Games guilty of violating Apple’s contract. He will then have to pay 30% of the annuities before the injunction is implemented. A total of 3.5 million dollars.

The court does not recognize Apple as a monopolist

In the ruling (which you can read here in its entirety), the judge rejects both the market definitions expressed by Apple and Epic. “The relevant market [in questo caso] it is that of digital transitions for mobile games, not gaming in general and not even Apple’s operating system linked to the App Store “. Therefore the judge “cannot conclude that Apple is a monopoly under federal law or antitrust. Despite this, the trial has shown that Apple is conducting anti-competitive behavior under the laws of California ”. Apple has decided di ignore this last part of the ruling and did not even comment on the implementation of in-app payments. “Today the court affirmed what we knew from the beginning: the App Store does not violate antitrust laws. Apple faces rigorous competition in all segments in which it does business. And we believe that customers and developers choose our products and services because they are the best in the world. We remain committed to ensuring that the App Store is a safe and trustworthy market. “

Epic has not commented on the ruling, for the moment.

The implications for Apple could be huge. Big software developers (besides the gaming industry also Spotify, Netflix) could return to offer alternative in-app purchases in the App Store, without paying the commission 30% Apple. However, it remains to be seen how the situation will change for small businesses.

The trial between Epic and Apple has ended but the situation is still far from a definitive resolution. We will keep you posted. 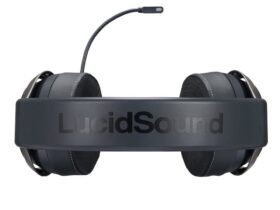 Creative T60: the newcomer to the T series 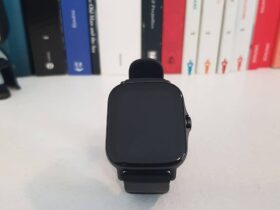