On the stage of the PlayStation Showcase that was held last night there was also space for an exciting new trailer for Marvel’s Guardians of the Galaxy, in view of the launch that is approaching by leaps and bounds

The PlayStation Showcase conference, which we also followed live, was a flowerpot of many news, new announcements and many surprises. Starting with the remake of Knights of the Old Republic, we then moved on to an extended trailer of Forspoken, passing through a reborn Project EVE and arriving at Gran Turismo 7 and God of War. The absolute protagonist of the evening, however, was Marvel, which brought to the stage not only the already talked about Marvel’s Spider-Man 2, but also a title entirely dedicated to Wolverine and developed by Insomniac Games. And if that’s not enough and everything we’ve seen about the game so far isn’t enough, the Guardians of the Galaxy are back too.

Announced during E3 2021 with release date scheduled for October 26th, Marvel’s Guardians of the Galaxy will arrive on PS4, PS5, Xbox One, Xbox Series X | S and PC, as well as on Nintendo Switch with an exclusive cloud release. A lot of the title has already been shown, but on the stage of the PlayStation Showcase the guys from Eidos Montreal and Square Enix did not spare themselves. We leave you the trailer shown during the conference right below.

On the stage of the PlayStation Showcase there are also them, here is Marvel’s Guardians of the Galaxy with a new trailer!

The trailer opens with the Grand Unifier, already seen in previous trailers, in the course of a dark and cruel speech. Speech interrupted by Star-Lord faking a heart attack to, from what we can deduce, distract the Unifier and take him by surprise. And we have already understood the trend. It is also shown in the trailer Cosmo, a dog with superpowers, intelligence and the ability to communicate telepathically. New combat scenes are also shown, both on the ground and in space, and there will apparently be room for drama as well.

Have you seen the Marvel’s Guardians of the Galaxy trailer presented during last night’s PlayStation Showcase? What do you think about it? Write it to us below in the comments, we will continue to keep you updated with all the news, guides and reviews on videogame and tech! And if you are interested in game keys at affordable prices, we recommend that you take a look at the InstantGaming catalog!

How to buy Samsung mobile at an advantageous price

Planet of Lana: official announcement at the Summer Game Fest 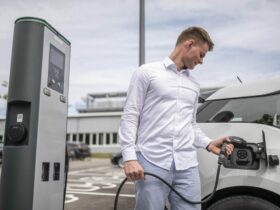 Bosch: a turnover of over one billion euros with electromobility