Intelligent games to the point of predicting sports results? It would be a very fascinating idea. Meanwhile

F1 2021, the official game of the FIA FORMULA UNO WORLD CHAMPIONSHIP, provides that Max Verstappen vincerà l’Etihad Airways Abu Dhabi Grand Prix 2021. Victory that would be worth winning the world championship against his rival Lewis Hamilton. The race, simulated with F1 2021, produced another masterclass in the art of driving, with the Dutch superstar winning. Here’s specifically how it went.

After taking pole position in qualifying, Verstappen started the race with a perfect start under the lights of Abu Dhabi, establishing a solid lead in the opening laps. Leaving everything on the track, Hamilton pushed hard but had few overtaking opportunities has seen hopes of beating his record in the eighth world championship vanish. Mercedes was consoled with the Constructors title obtained by the team for the eighth consecutive year. Here is a video of the finale.

Sergio Perez finished third, earning his sixth podium of the season. There were also top 10 places for Valtteri Bottas, who leaves Mercedes after this weekend, and the two Ferrari drivers, securing third place for the team in the constructors’ standings. The favorite of the fans Kimi Raikkonen, in his last Formula 1 race, he finished 10th to secure a final point for himself and for Alfa Romeo.

“Max and Lewis animated some of the most dramatic races ever seen in Formula 1. We couldn’t have wished for a better season finale, and now it’s a final showdown for the title,” he said. Paul Jeal, F1 Senior Franchise Director di Codemasters. “F1 2021 allows players to compete as their racing heroes, and we encourage everyone to share the highlights of the Abu Dhabi race with our social channels before Sunday night.”

Meanwhile, to celebrate The Game Awards, players can enjoy the game at a special price. In fact, from today until Monday 13 December the game is discounted on the official website of the title. If you want to know more you can read our review here.

Read also: Our list of the best racing video games

Activision and Harassment: Bobby Kotick is under SEC indictment 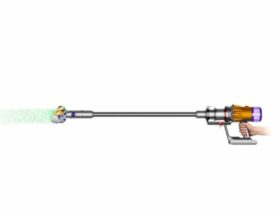 Dyson V12 Slim: the latest model of the “cordless” range arrives on the market