On the occasion of TGA 2021, we were able to get a first look at Alan Wake 2, the sequel to the popular Remedy masterpiece. Let’s find out all the details in this news

Since the publication of the remaster dedicated to the original chapter (if you missed it, find our review here), the rumors about a hypothetical Alan Wake 2 have followed one another more and more, and today, on the occasion of TGA 2021, the confirmation. In fact, Remedy Entertainment took advantage of the Game Awards ceremony to show the world the first official trailer dedicated to the new work starring the beloved writer Alan Wake.

As pleasant as it is, it cannot be said that the announcement of Alan Wake 2 at TGA 2021 came completely unexpected. The rumors about this sequel, which had in fact intensified just in conjunction with today’s ceremony, have been confirmed with a dedicated trailer announcing Remedy’s new work to the world. After more than a decade we will then be able to return to play the role of the famous writer created by the minds of the Finnish software house, to the delight of fans all over the world.

In the trailer we were able to admire different settings and several news were revealed on the stage of the event. The title will be a survival horror with in command of the project Remedy. We will have the opportunity to play this second chapter in the 2023. Unfortunately, we still don’t have a launch window but we know that in the summer of 2022 more will be shown. We remain, therefore, waiting.

What do you think of it? Are you eager to find out more about this highly anticipated sequel? Let us know in the comments and stay tuned to TechGameWorld.com for all the news dedicated to the world of video games. To buy video games at a discounted price, we recommend that you take a look at the Instant Gaming catalog.

Mass Effect Legendary Edition: that’s when multiplayer could be announced

Apex Legends: the trailer for Season 9 illustrates the news 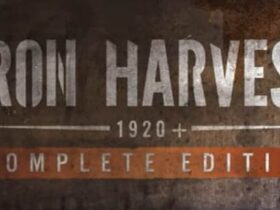