In this review we will tell you about Fallout 76: Steel Reign, the bitter final chapter of the narrative arc started with Dawn of Steel

Fallout 76 you know, it is probably the most controversial and criticized game since the days of B.E.T.A. Right from the start, the problems that characterized the servers and some choices of the developers made even the most passionate ones turn up their noses. However, as reported in our article that you can consult by clicking here, after three years the situation finally seems to have improved and the game finally sees the light for the first time. But will it be the same for the new DLC? Let’s start this recensione su Fallout 76: Steel Reing and let’s find out together. 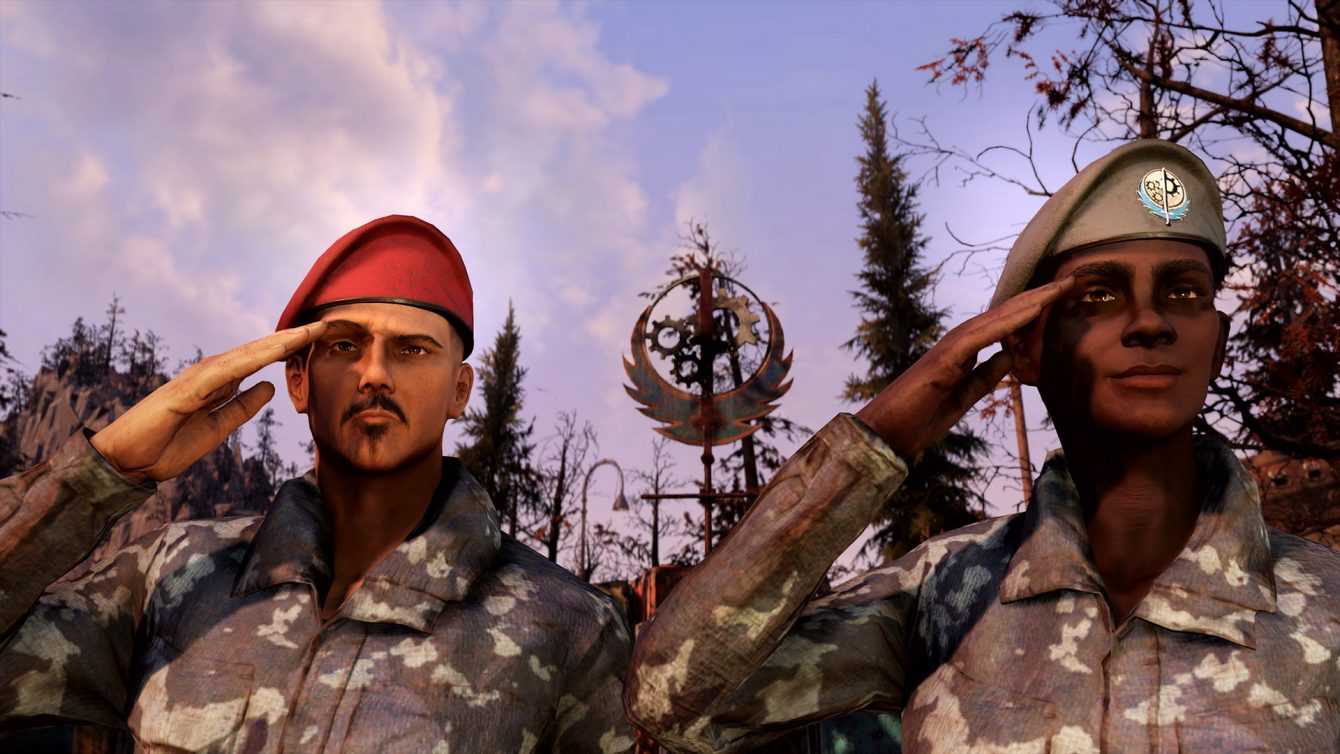 Sorry to say, but we really believed in this new DLC that should have ended, and in part it does, what is the narrative cycle that started with Steel Dawn. With that DLC, a whole new world opened up in Appalachia, which saw the arrival of the Brotherhood of Steel is that it had given us hope. However, just when the developers had to step on the accelerator to ensure a worthy ending, they got lost on the road.

For charity, this does not mean that the story is completely to be thrown in the bin, rather. There are some noteworthy parts, but actually what is missing that can take the gamer and rock him during his journey. Contrary to the early stages, therefore, which we experienced and appreciated in the other DLCs, the latter fails to recreate that sucker effect to glue the various users to the screen. It is a bit as if the developers had tried to “wean us” from the Brotherhood in a violent way, risking to partially undermine the total experience.

In total this final part is broken down into five missions which, in terms of longevity, translate into about 3-4 hours of gameplay. Obviously this time is purely subjective as it depends on the total playing time previously used on the title. The minimum recommended level is 40, but with the right weapons you can approach it from level 30 onwards; obviously the higher it is, the easier it is to complete the missions.

This DLC for sure it will not be remembered as a great innovation from the point of view of intrinsic gameplay updates. Obviously a new one could not be expected Wastelanders, at least not in terms of capacity and news to be made. The line drawn previously has been remarked as expected and the innovations introduced are just a few, but good enough.

New places have been introduced that will be the stage for the new adventure ready to await us. These blend well with the world outlined 3 years ago and they guarantee a very important sense of continuity. For a novice it might seem as if they have always been there, ready to be explored. The introduction of the new objects is also good, but less appropriate is that relating to weapons.

The latter in fact they are not well balanced, risking to mess up the general experience, sometimes making it too simple. Surely for lone wolves this will not be a problem. This obviously means less effort to achieve the goal. A very different speech must be made if we are in a complete team, risking to make everything easier and more peaceful than a walk in the open countryside during a warm spring day.

Whatever your type of game, however, honorable mention in this review should be made at legendary modifications that, Finally, they can also be applied to power armor. Everything is possible thanks to legendary cores, new components that can be easily farmed during some public events. This will ensure greater customization, making our armor truly unique. 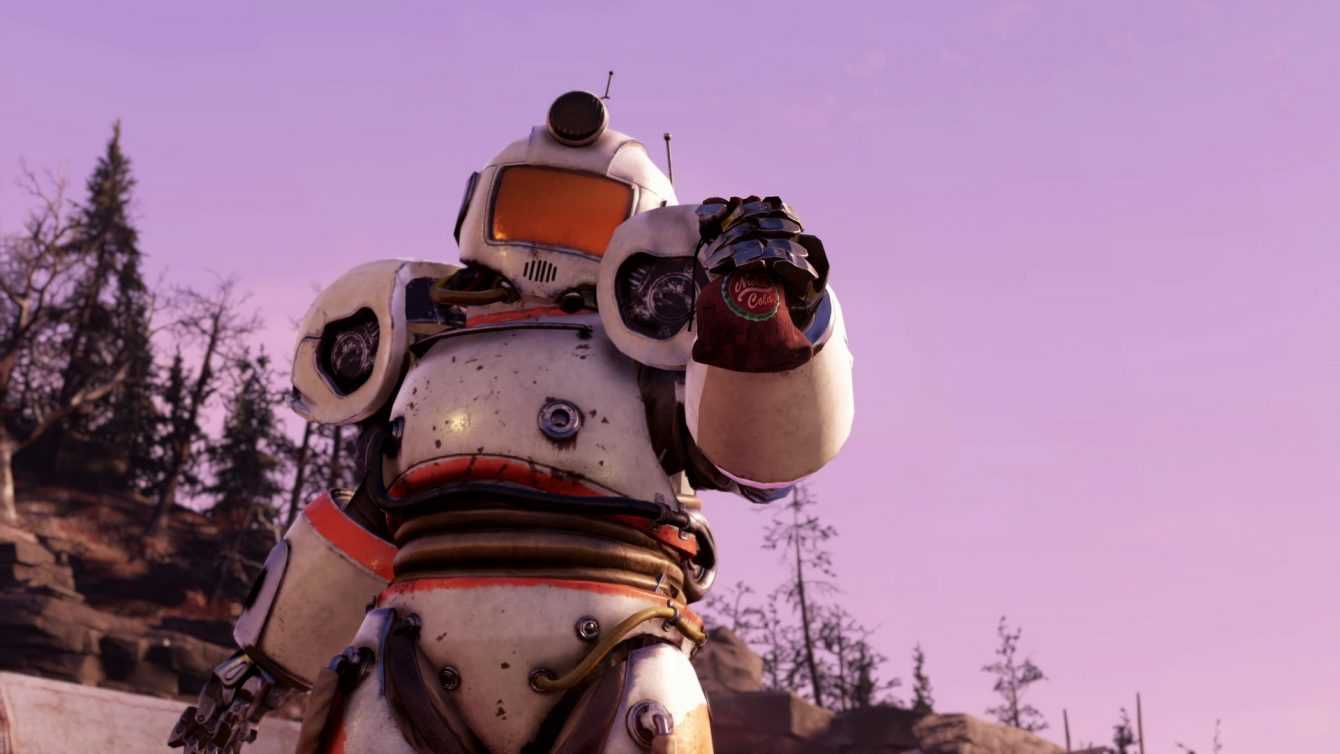 We have now reached the end of this review on Fallout 76: Steel Reign and it is therefore time to take stock. The new DLC, which should crown the adventure concerning the Brotherhood of Steel, it doesn’t seem to be, at least as far as the storyline is concerned, lived up to expectations. Although a first part is enjoyable and playable, the actual closure of the narrative arc leaves us somewhat perplexed. In fact, it lacks that touch of panache that manages to thrill and keep the gamer glued to the screen.

Longevity too, although it is purely subjective based on the character supplied, did not seem the best. Seeing the turn taken by the main questline however, perhaps it is even better that way. The DLC also does not bring all those new features that we have been used to seeing during the latest updates. In fact, there are no major changes to the gameplay of the title, if not those related to the introduction of legendary cores that allow you to apply legendary modifications to power armor.

In short, a DLC with highs and lows which allows the user to live a new experience without equaling the quality of its predecessors. For this Fallout 76: Steel Reign review, that’s all. We remind you that the DLC is free and that you can buy the discounted game on the Instant Gaming pages. In order not to miss future reviews concerning the videogame universe, keep following the pages of techgameworld.com!