A few minutes ago Ubisoft finally showed for the first time the gameplay of Far Cry 6, one of its most anticipated titles

Far Cry is one of the game series Ubisoft most loved ever and as a result it is normal that many players around the world can not wait to learn more about the long-awaited sixth chapter. A few days ago the company announced that on the 28th it would show the title in action for the first time and now that moment has finally come. In fact, just a few minutes ago, Ubisoft has finally shown Far Cry 6 gameplay for the first time.

Ubisoft has finally shown us its next Far Cry with a very full-bodied gameplay. In the trailer they are explained the basic rules for being a good guerrilla and we are also shown the many crazy and adrenaline-pumping situations to which we will meet in the course of history. If you also want to take a look at the game in action you can do so thanks to the video below.

There is a lot of action in the trailer released by Ubisoft, but for sure what stands out the most are the crazy improvised weapons that the revolutionaries created to oppose the regime. We have in fact machine guns with rotating barrels, flamethrowers, backpacks-mortars and even a rifle capable of firing music CDs. In short, if you enjoyed Far Cry 5, this trailer will certainly have made your mouth water for the next chapter of the series.

Far Cry 6 will be available from 7 October for PC, PS4, PS5, Xbox One and Xbox Series X | S.. If you are interested in staying up to date with all the news on the title and much more, keep following us here on TechGameWorld.com. Furthermore, in case you want to buy some games at an advantageous price, we suggest you take a look at the many offers on Instant Gaming. 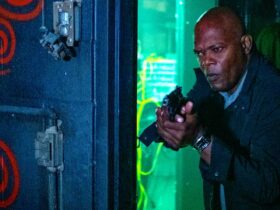