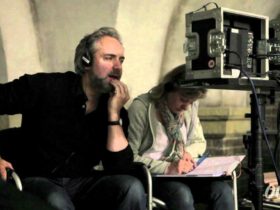 Fest 2021 will be the new and third edition of the Festival of TV series which will return this year after last year’s break and it will be held on the dates of 24-25-26 September 2021, again in collaboration with Triennale Milano.

Fest 2021: The festival of TV series and the Crafting Worlds theme

“With the slogan Crafting Worlds we want to emphasize the artisanal construction of narrative worlds capable of representing – directly or indirectly, through fantasy or by shaping reality – the world in which we live every day. Never as in this moment, grappling with a pandemic that has perhaps forever shaken the collective imagination, Crafting Worlds also means building better worlds. Our homes, our neighborhoods, our cities or nations, our digital spaces and our planet are clamoring to be reinterpreted, re-evaluated, revisited for a tomorrow based on respect, equality and equality. Crafting Worlds means starting over from the imagination and actively listening to the desires and needs of the community, with an emphasis on the plurality and inclusion that have always been the DNA of the TV Series Festival. The series reflect and will reflect this important transition phase. , in which we are given the golden opportunity to rethink the future starting from the present “.

FeST, was realized with the first two editions in 2018 and 2019 and despite the pandemic that exploded in 2020 it still created an online spin off, Go FeST of 2020 created in collaboration with Tlon. Also this year there will be the participation of the largest national and international broadcasters and entertainment services, tra cui Amazon Prime Video, De Agostini Editore, Discovery, Fox Networks Group Italy, Mediaset,Netflix, Rai Fiction, Sky, TimVision, Turner e Viacom BCS Networks Italia.