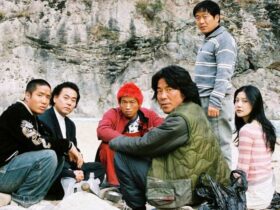 A Bloody Aria, di Won Shin-yeon | In the mood for East

Do you ever go to Netflix and don’t know what to watch? Between films and series there is something for everyone, but if you want to deepen all the beauty of animation concentrated in a few minutes, then we recommend a short film like Modest Heroes by Studio Ponoc

The firm, founded in 2015 by the will of Yoshiaki Nishimura e Hiromasa Yonebayashi, was officially born after the two had finished “serving” at Sensei Hayao Miyazaki’s Studio Ghibli.

The last job with the famous Japanese director and animator was in fact When was Marnie and, right from that film, the duo also hires numerous other entertainers who had worked for Studio Ghibli involving them in their adventure.

After making some advertising for Japanese railways, the Ponoc study (translated from Croatian means “midnight”) Shows the world its potential with the feature film Mary and the witch flower. A title that, as per “tradition” Ghibli, is based on a novel like the iconic Howl’s Moving Castle.

But the studio wants to think in another dimension, in a “smaller” way, in every sense with a collective short film divided into three stories. These represent the first volume of the Ponoc Short Films Theatre released in 2018 in Japan and, starting the following year, also on the world Netflix catalog.

The three stories of which the short is composed are entitled, respectively, Kanini & Kanino (Kanīni to Kanīno), Life Ain’t Gonna Lose (Samurai Egg) ed Invisible (Tōmei ningen). All spread in less than an hour, they demonstrate all the skills of the Ponoc studio which then threw itself into another short film about the Tokyo Olympics. But sport aside, I would say that the time has come to understand what these enchanted tales are about, therefore, the curtain rises!

Kanini & Kanino | The must-sees of animation

The first story of Modest Heroes immediately shows all the inspiration that working with Miyazaki has brought to Studio Ponoc. In fact there is an atmosphere that remembers Conan the boy of the future and Nausicaä of the Valley of the Wind. Two cornerstones, perhaps a little retro but no less intense, mixed with documentary Microcosmos – The people of the grass.

Without any dialogue, only the names pronounced and a few exclamations, the story tells of a microcosm inside a river with very, very small humanoid protagonists. The protagonists are the two children and the parents of this small tribe.

One day, however, the pregnant mother has to go away and leaves the father to look after the two children. Everything seems to flow well, the three hunt with their crab claw stick (keep your Swiss Army knife well), the fish are caught, but one of these, and really big, decides to attack them. Once the father is gone, it will be up to Kanini and Kanino to go and rescue him (I don’t know about you, but it reminded me Nemo), will they make it?

The general atmosphere is purely suspended and muffled, after all we are always underwater, letting the protagonist be there nature going to zoom in on details like flowing water, small crabs, pebbles on the seabed and so on.

Come icing on the cake then there is one music really moving where they find more space melancholy piano notes and a nostalgic whistle (not at the level of Sergio Leone’s westerns, but we understand each other) interspersed with melodies, at times, more “Caribbean” reminiscent of the famous Super Mario Sunshine. 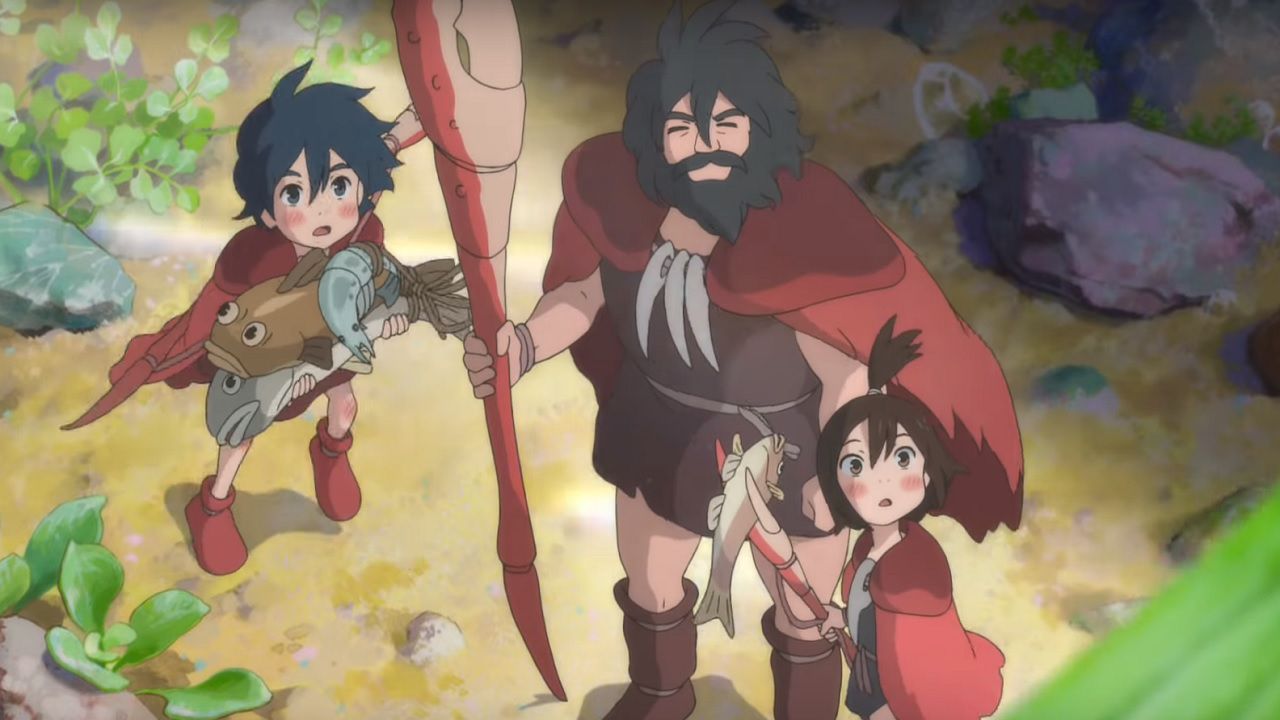 Among the Modest Heroes of every day I believe that there are certainly the children with their innocence and with the idea of ​​a whole life in front of the discovery of the world and its mechanisms. The protagonist of our history is the little Shun who attends elementary school and lives with his parents, only he has a small problem that makes him live with a syringe in his backpack.

In fact, during the allergy test day to children (please, let’s avoid unnecessary fiery comments in the no vax, Bibbiano style and so on because this is not the case) discovers that he has to live with a annoying egg allergy so much so that he feels an immediate repulsion just by seeing them.

This makes him feel bad as, in addition to the risk of anaphylactic shock, little Shun cannot go on a trip with his classmates. The small one though he does not want to be treated differently with special meals prepared at home and with parents who always worry about his every move.

The days are interspersed like this, showing growth of Shun between the first teeth that fall and the language that changes, but an ice cream seems to complicate things (note then how the animation is distorted as if to highlight the malaise) to the point that …

Going to analyze the soundtrack here too the is the piano to punctuate the notes of a past childhood certainly not in such a carefree way as one would like. Finally, so as not to bother the Sensei again about the quotations, this time run your mind back to the times of My neighbors Yamada oa The story of the shining princess for i more pastel tones and the general atmosphere of childhood that you breathe in these few minutes. 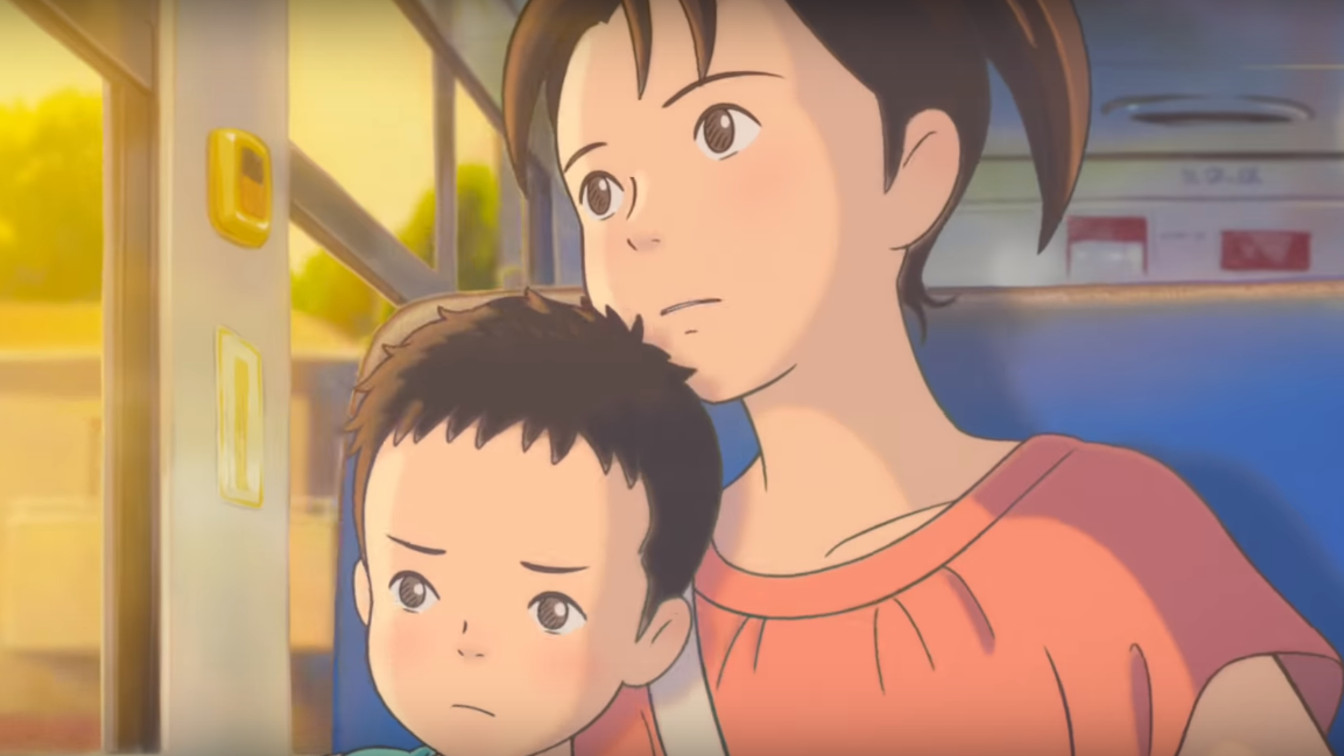 Invisible | The must-sees of animation

Last of the Modest Heroes is perhaps one of the most “literary” and found in the life of days, if you can see it of course. The short starts like a traditional morning where our protagonist gets up, changes, gets ready to go to work and goes out. One thing he does every morning except that, almost like in Franz Kafka’s books, he is completely invisible!

Our “hero”, a salaryman like many in Japan, he works in a dealership where, however, he is not noticed by anyone even though he is still dressed and carries a heavy Fire extinguisher (what he needs will be understood only later). The same thing happens to him even when he is out on the street, so much so that not even the automatic doors open as he passes.

How to fix it? Not to be seen, not to be touched, floating at the mercy of the winds of life without anyone being able to help us of any kind. But life is strange and, perhaps, the solution lies in the words and a kind gesture from an unlikely stranger. while the tears blend with the rain swing.

Perhaps among the triptych proposed here, Invisible and the more moving also because it is supported by the musical ideas of dj nipponico Yasutaka Nakata. As for the quote from an anime, well, the style and movements of the characters can come to mind Tekkonkinkreet – Alone against everyone by Michael Arias with a sprinkle of Monkey Punch’s Lupine. 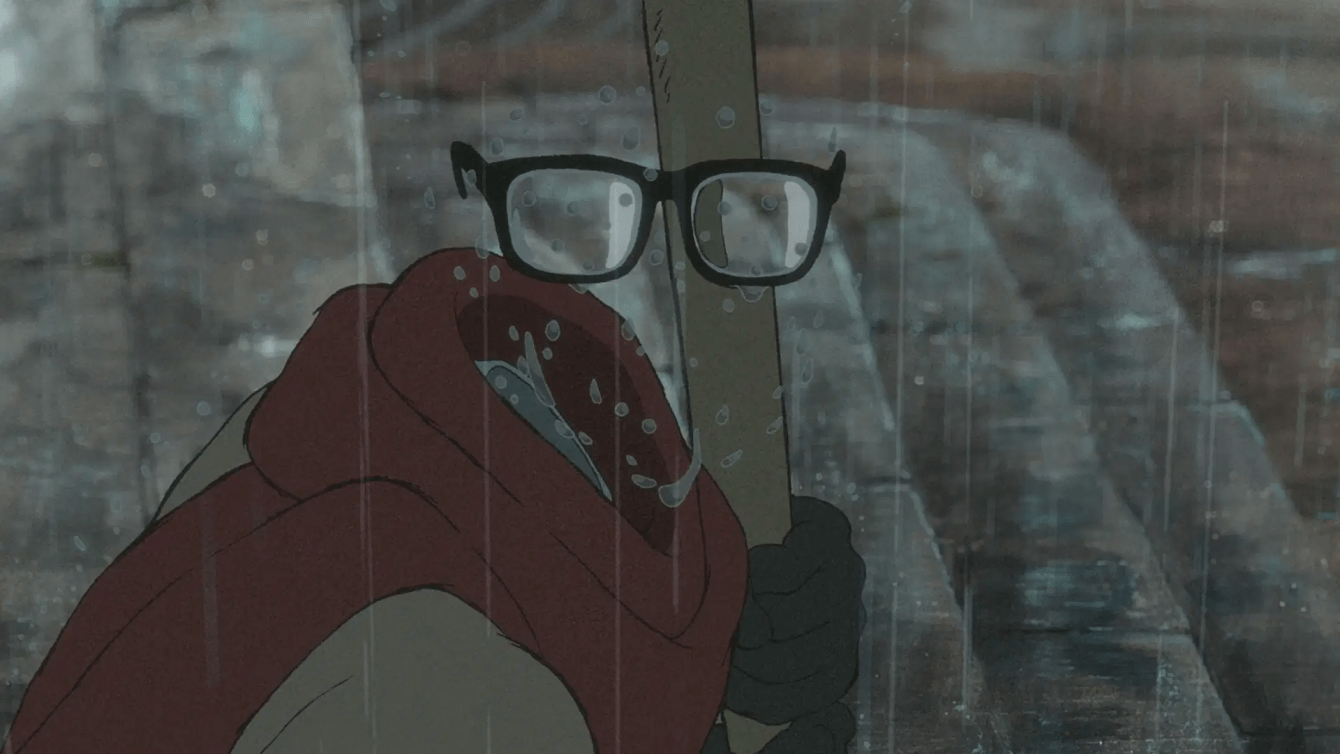 Shopping Tips | The must-sees of animation

In addition to the various titles already mentioned in the course of the three stories, such as i Miyazaki’s works and the feature film Mary and the witch flower, what you should recover are for sure all the jobs that you lack of Studio Ghibli, even Ponyo on the cliff as a hymn to childhood, but not only. Why limit yourself?

To stay on the subject of short films, an inevitable piece is for sure Memories by Katsuhiro Ōtomo, including the printed version if possible, for the development of short films animated directed by multiple directors.

Finally complete the “recipe”, And here we must also put a bit of stubbornness, season everything with what the DVD market and the Netflix catalog I am able to give you. If gone to rummage a little deeper, in addition to the most popular and “triple A” titles, you will surely discover authentic pearls of animation just waiting for your vision and interpretation. 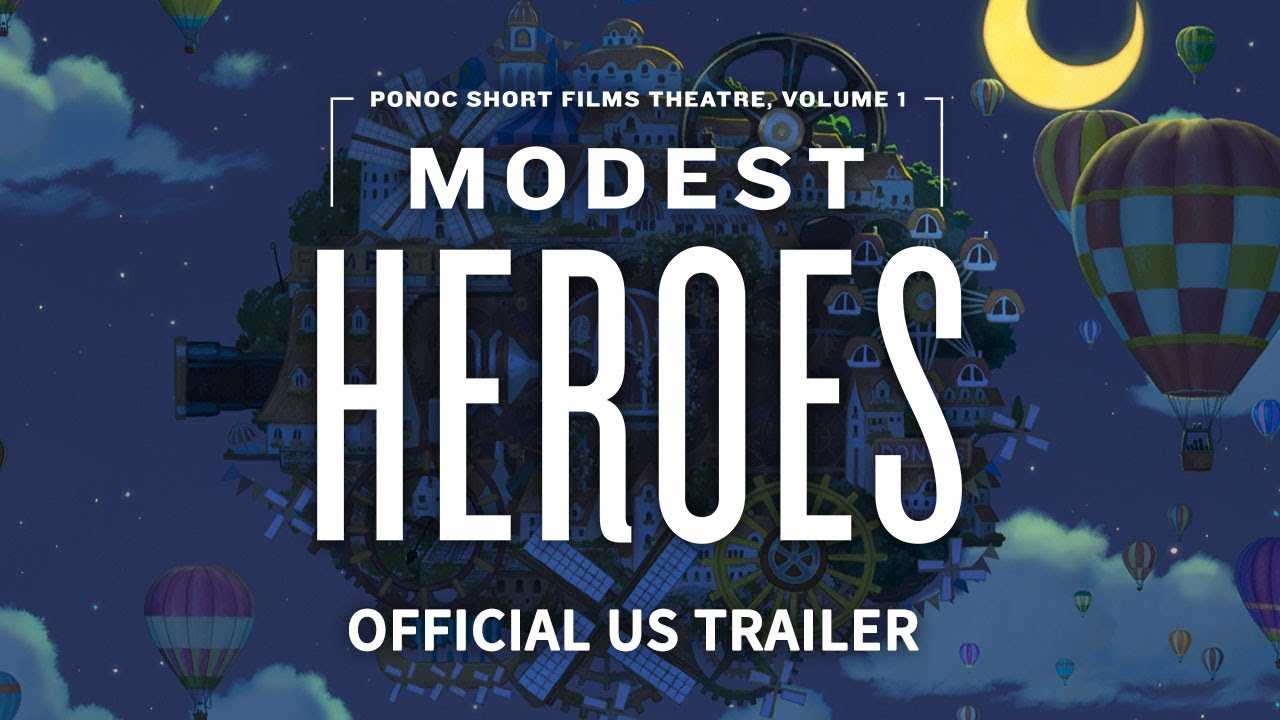 In conclusion, how much can you express in less than an hour? How many are the remember and the reflections which will cascade when watching Modest Heroes? If we analyze everything in a more in-depth way, we will discover how in the first story the values ​​of the family are highlighted, in the second small businesses and the “tragedies” of childhood and, finally, in the third, how we are surrounded by many invisible ones around us.

How many unlikely protagonists and heroes surround us in everyday life even if we don’t realize it? After all, as a famous piece of the late David Bowie, “we can be Heroes, just for one day”.

At this point, if you want to always be updated on the classics of animation, on the TV series of the moment and the most exciting films, then stay with us on TechGameWorld.com so as not to miss even a second of celluloid!