This year we remembered the birth of beloved cars here in Europe: Jaguar E-Type, the modern MINI by BMW, Bugatti EB110 and so on. But, in reality, 2021 is the birthday of an undervalued car here in Europe, but the architect of the mass motorization of millions of people around the world. This car is there FIAT 124, born in Turin in 1966 and came to conquer the world, from Siberia to South America, with its Soviet counterpart. Curious to discover hers history, in honor of his 55th birthday? Welcome to Auto for Dummies, the column that tells you the most beautiful stories in the automotive world? Ready to take a Turin-Moscow flight?

Before understanding how a normal Italian sedan has been able to conquer over 17 million customers in all 5 continents, you need to know the car in question. To understand what FIAT 124 is, we need to go back to the first half of the 1960s. In that moment, FIAT is at a standstill. Its models, from the small 500 to the larger 1300, 1500 and 2300, are cars born between the end of the 1950s and the very early 1960s. Affordable cars, with appreciated style and proven mechanics, but now with several years on the shoulders.

The task of designing this car went to the legendary designer Dante Giacosa, which we have talked about often in recent weeks. The father of the largest FIATs of the second half of the 20th century was eager to change, to follow the example of the Lancia Fulvia and focus on front-wheel drive. Giacosa presented two prototypes: one, called 123A, equipped with an engine and rear-wheel drive; the other, the Project 124, adopted a more classic mechanics with front engine and rear wheel drive. Challenging a third project, with engine and rear-wheel drive, the FIAT management decided to continue with the tradition, marrying the rear-wheel drive project. However, Giacosa’s work on front-wheel drive was not thrown away, eventually resulting in the valid Autobianchi A111. 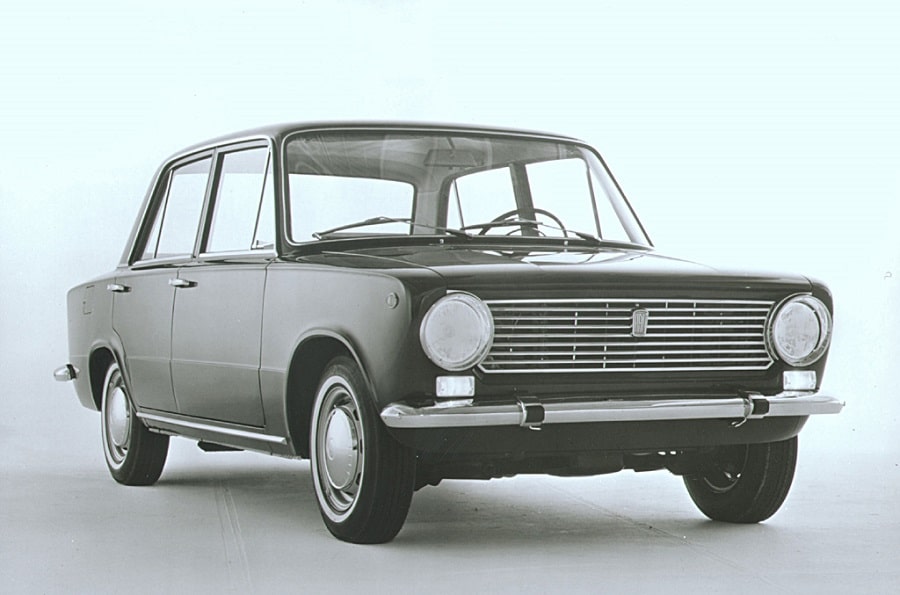 The mechanics expected for the new car was pretty traditional despite being born from a blank sheet of paper. Longitudinal front engine, rear wheel drive, rear rigid axle suspension, springs and shock absorbers. Despite a monocoque frame and a very traditional suspension scheme, there was no shortage of news. The brakes, for example, were disc on all four wheels, a rarity in the segment, while the motor era all new, a 1.2 4 cylinders with 60hp side camshaft, designed by Aurelio Lampredi. In addition, the line he no longer winked at America like the old 1300/1500, but showed off squared corners, as it was fashionable in that period.

The debut of FIAT 124 is a success: fast, spacious and with a modern line. It is immediately Car of the Year

With a mechanics halfway between tradition and evolution, and a completely new and very modern style for the time, in 1966 the new FIAT 124 arrived on the market. The first tests of the colleagues of the time were enthusiastic. Easy to drive, stable and with excellent performance (0-100 km / h in 12.7 seconds and a top speed of almost 150 km / h), the new 124 is spacious and lively. 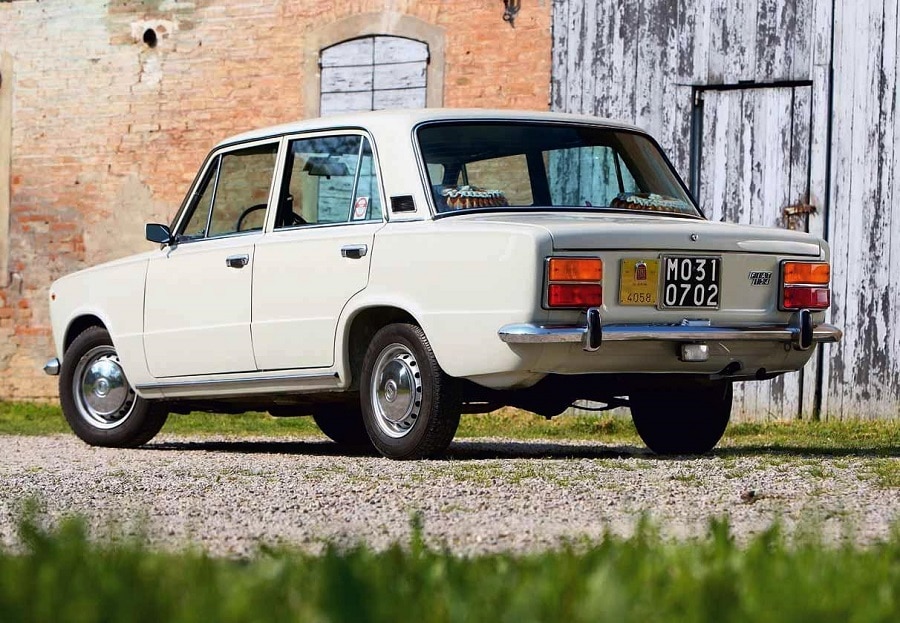 Success in Italy is immediate, and it does not stop at the Bel Paese: 124 in fact it is also appreciated outside the Italian borders, winning the prize of Car of the Year for 1967. This is the first recognition for a FIAT car, and in general for an Italian car. FIAT 124 stands out, and convinces: consumption is fairly low, with a general average of 13/14 km / l. However, it is not free from defects, first of all the tank of only 39 liters, which penalizes the autonomy. 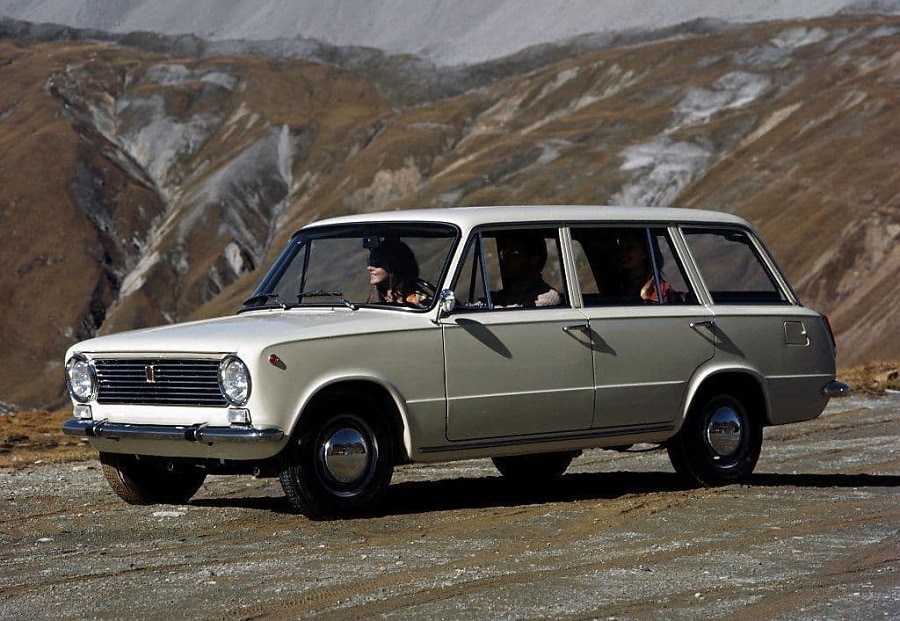 Despite this, the space on board for people and luggage and the relaxed driving convince the Italian and foreign public. FIAT 124 is a success, both in the 5-door sedan version and in the practical Family version. The secret of this appreciation is theBalance of the car: it excels at nothing, but does everything better than the others. For this, the project works, and interesting developments soon arrive.

The evolution of the 124: the Special, the T, the Sport Coupé and Spider make their debut

From the popular FIAT 124 come special versions and real models in their own right, in turn nothing short of legendary. After the arrival of the Familiar In the 1967, which adds a tank of nearly 50 liters, the first evolution of the 124 are the two SPORTS, the 124 Sport Coupe and the 124 Sport Spider. Based on the platform of the 124 sedan, they are equipped with the same engine 1.4 bialbero da 90 CV: this is the first version of the mythical Bialbero Lampredi, a legendary engine for FIAT that will be linked to some of the best models of the house from the 1960s onwards. 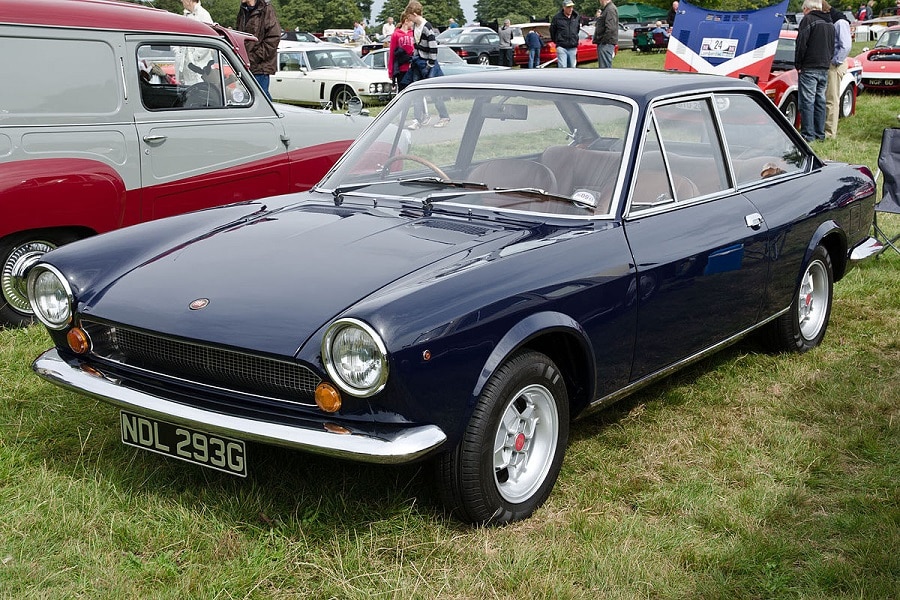 Equipped with a sporty yet elegant setting, the Sports differed not only in the presence or absence of the roof, but also in an important stylistic diversity. If the 124 Sport Coupé had in fact been designed by FIAT Style Center, precisely from the pencil of Mario Boano, the 124 Sport Spider is the work of Tom Tjaarda, signature at the time of Pininfarina. In addition, the Spider exploited the shortened floor of the sedan, differing slightly in size and wheelbase. 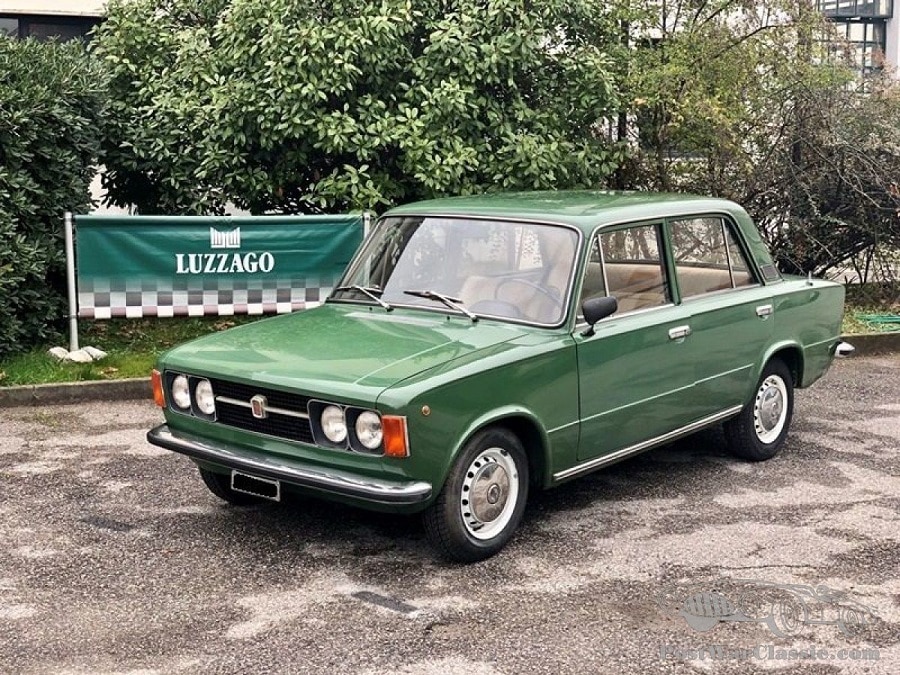 The 1.4 twin-shaft engine was then also mounted on the 124 sedan version Special. This, as the name implies, is a more refined 124: more refined interiors, more refined finishes, and under the hood we find the 1.4 but in a single-shaft version, with 70 HP and a good dose of performance. Aesthetically, then, the FIAT 124 Special abandons the classic round headlights for 4 beautiful squared headlights, the signature of the S versions. 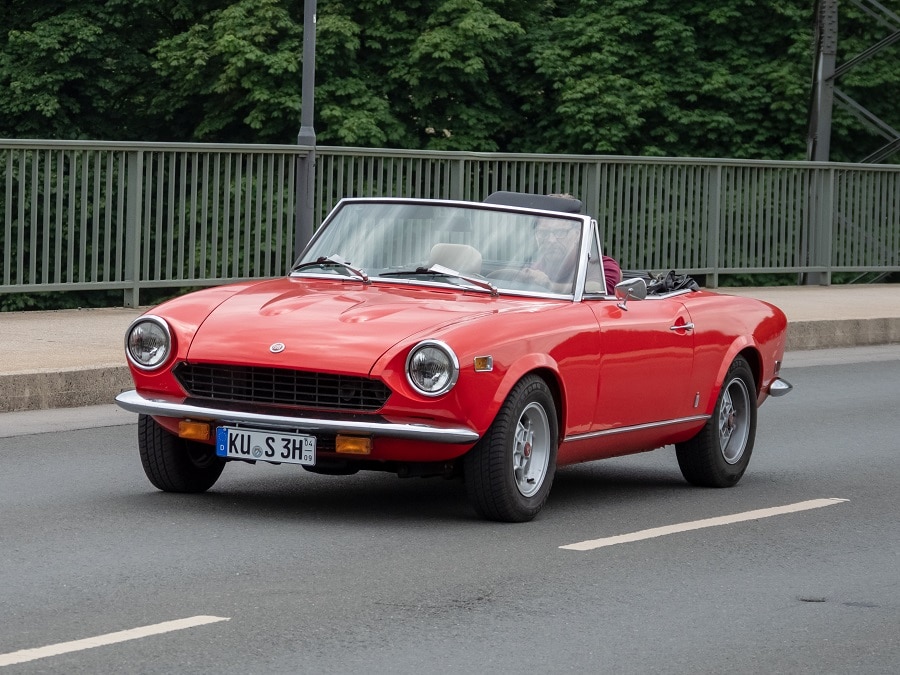 But the 124 is not satisfied. While the Spider and Coupé versions receive a new 110 HP 1.6 Bialbero engine, and the Coupé’s aesthetics become decidedly different from the Spider, the sedan receives the 1.4 twin camshaft. Although with power reduced to 80 hp, it arrives on the market there 124 Special T, Twincam, or Bialbero. The international name suggests the new breath of 124, capable of convincing even outside the Italian borders. In 1972 then came the only one restyling of the FIAT 124: larger rear lights, more generous double front lights for the normal 124s and squared off for the Specials, plastic grille and interior with greater adoption of plastic materials. At this moment there is also the 124 Special T 1.6, equipped with the 1.6 delle Sport weakened to 95 HP, capable of over 160 km / h. 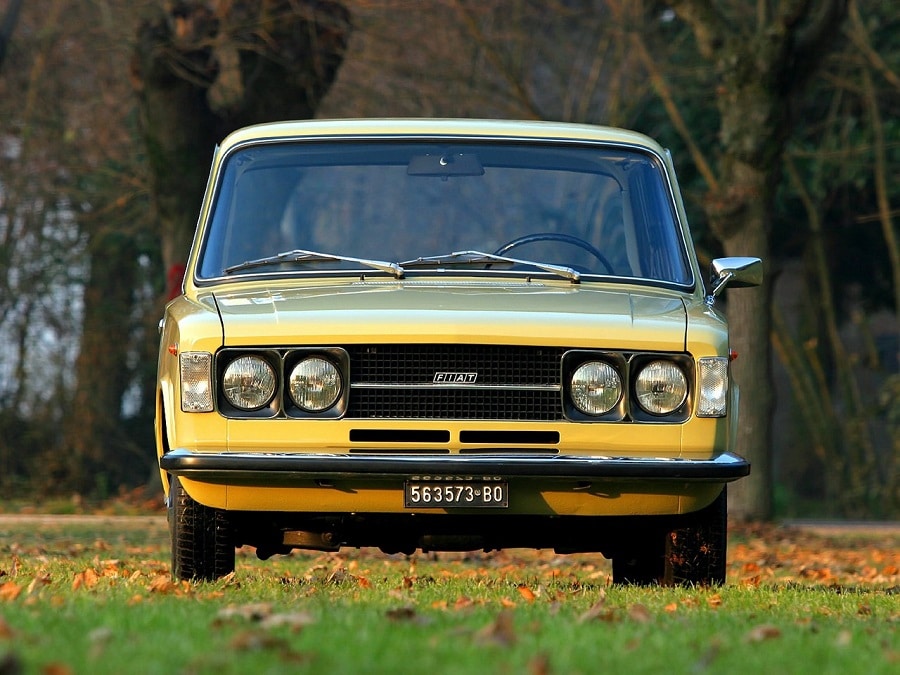 With this restyling the life of the 124 in FIAT comes to an end, and it ceases to be produced at Mirafiori In the 1974, after 9 years of production, replaced by the equally legendary FIAT 131. The Sport Coupé continues its career until 1975, while the 124 Spider, capable of being appreciated also in America, will be produced until 1985 under the Pininfarina brand, in the Spideramerica and Spidereuropa versions.

In parallel, however, something is moving in Russia: here is the birth of the Avto-VAZ of Togliatti

Thus ends the story of 124, a car capable of hitting many clients … we all know that’s not the case, right? Indeed, the victory of the title of Car of the Year 1967, the traditional mechanics and the modern lines attracted many foreign producers. FIAT 124 was in fact produced under license in many countries, European and non-European. From the classic SEAT in Spain alla Tofas di Bursa, in Turkey, from Pirin in Bulgaria alla Premier in India, FIAT 124 was also produced in Costa Rica, Indonesia, Ireland, Morocco, Pakistan, Peru, Portugal, Singapore, South Africa, Thailand, Uruguay, Venezuela and Zambia. A whirlwind of countries from which, however, the most important is missing: the Russia. Indeed, theSoviet Union.

In 1964, in fact, the Soviet Communist Party was trying in every way to to motorize his huge country. The cars produced locally, from the UAZ to the Volga, were not good enough to be produced in such large numbers, and the high design costs made them too expensive for the poor Russian working class. The USSR thus decided to ally itself with a Western country, hoping to solve his problems in this way.

The choice was not easy: there was no shortage of candidates between Renault, Citroen and Volkswagen. There was, however, a House that, among all, seemed the most suitable: FIAT. The medium FIAT models were spacious, robust and suited to the harsh climates and enormous distances of the Soviet Union. However, the Italian ruling class was also fundamental in those years. In the 60s in Italy the Communist Party was among the main political forces in the country, the government of the time was formed by a socialist coalition and relations between the PCI and the Soviet Union were very close. In addition to this, FIAT produced in its factory of Lingotto over 600,000 cars a year, a “power” required by the Party for its car. These reasons, the validity of the 124 project and the ease with which the Lingotto factory could be “copied” in Russia, led the Soviet Union to choose FIAT. 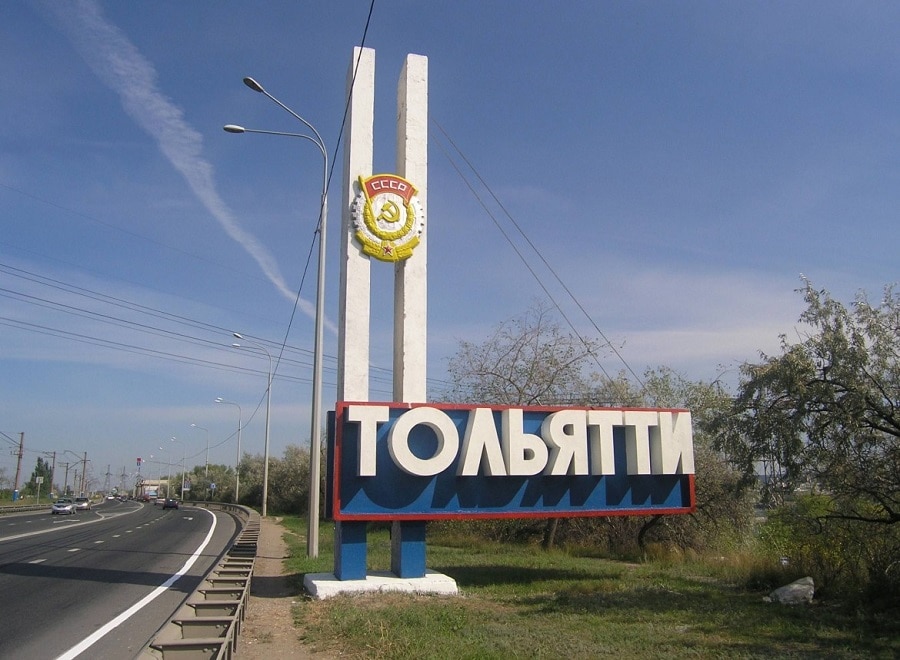 And so, FIAT launched into the enterprise of teach the Russians to build his cars: he sent his men to build the factory, to educate the workers, and even wrote a dictionary, the Italian-Russian Dictionary for the Automotive Industry, to teach the Russians technical terms that, at the time, simply did not exist. In choosing the place to build the factory, the southern city of Togliatti. No, it’s not a typo. In August of 1964, the Russian city of Stavropol changed its name to Togliatti, or Tolyatti, for to pay homage to the secretary of the Italian Communist Party Palmiro Togliatti, who died in Yalta a few days earlier. An even stronger, albeit casual, bond with Italy, which led to the birth of Avto-VAZ, la Volžskij Avtomobil’nyj Zavod.

The Lada 2101 Zhigulì, the 124 of Russia: the changes to the original project, including drum brakes, cranks and thicker steel

The works for the construction of the new factory began in 1966, at the launch of the 124, and was completed in 1970, although it began to be partially operational from the previous months. Although the Russians were more …