Discover with us the FIFA 22 TOTW 13, the strongest team of this last week of the season of the new chapter of the EA Sports franchise

Every Wednesday, EA Sports publishes on its official channels a squad made up of about 23 players (one more, one less) who distinguished themselves in the various games held in the previous week. The Team of The Week, in short, or the TOTW if you want to be young people and passionate about football. In the past few hours, EA has published the TOTW of this last week of the FIFA 22 season just passed, we leave you the tweet of the official profile right below. Last week, the featured TOTW was Jovic, who directly received the upgrade to the SIF version. And who will be this week’s winner?

The vein of realization ⚡️⚽️ of #Vlahovic, the substance in the middle of the field 🚀 of #Stretcher, the immense talent 🤩 of #Sterling and much more in the Team of the Week #WAS ✅ Available in-game 🎮🕖 #FIFA22 #FUT22 #TOTW pic.twitter.com/W3c6vt70jD

FIFA 22 TOTW 12: here are the best players of last week, the perfect squad!

This week’s Featured Player is Puado, which as always receives the direct upgrade to the SIF version. He is accompanied by the very Italian Barella, one of the protagonists of previous Europeans, the English Sterling and the Belgian Courtois, born in 1992 and goalkeeper of Real Madrid (as well as, of course, his national team). Find the complete team in the Tweet above. We remind you that the cards of the 23 TOTW players of this week of FIFA 22 are available in packs starting from 19 tonight, until the same time next Wednesday!

What do you think of FIFA 22’s TOTW 13? Write it to us below in the comments, we will continue to keep you updated with all the news, guides and reviews on gaming and tech themes! And if you are interested in game keys at advantageous prices, we recommend that you take a look at the InstantGaming catalog! 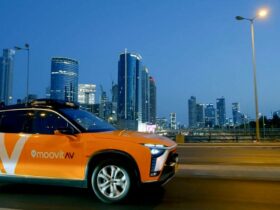 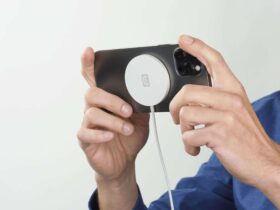 Cellularline is the new range of accessories for MagSafe

SAG Awards 2022: what are the nominations?