Discover with us the FIFA 22 TOTW 17, the strongest team of this last week of the season of the new chapter of the EA Sport franchise

Every Wednesday, EA Sports publishes a squad of about 23 players (one plus, one minus) who stood out in the various games held in the previous week on its official channels. The Team of The Week, in short, or the TOTW if you want to be young people and passionate about football. In the past few hours, EA has published the TOTW of this last week of the FIFA 22 season just passed, we leave you the tweet of the official profile right below. Last week, the featured TOTW was Sanchez, who received the upgrade directly to the SIF version. And who will be this week’s winner?

The domain on the 🚄 © ️ band of capitan @TheoHernandez, the goal and assists ⚽️👟 of #Sticks, the form state 🔥✨ of #MilinkovicSavic and much more in the Team of the Week #WAS 🙌 Available now in-game 🕖🎮 #FUT22 #FIFA22 #TOTW pic.twitter.com/T4xOqzViPc

FIFA 22 TOTW 17: here are the best players of last week, the perfect squad!

This week’s Featured Player is Under, which as always receives the upgrade to the SIF version directly. This week Italian players such as Bastoni and Berardi also return, but there are also many Spaniards including Aitor, Oyarzabal, Hector Bellerin and Puertas. All players who play around the world, very true, but who carry their national flags with honor! We remind you that the cards of the 23 TOTW players of this week of FIFA 22 are available in packs starting from 19 tonight, until the same time next Wednesday!

What do you think of FIFA 22’s TOTW 17? Write it to us below in the comments, we will continue to keep you updated with all the news, guides and reviews on gaming and tech themes! And if you are interested in game keys at advantageous prices, we recommend that you take a look at the InstantGaming catalog! 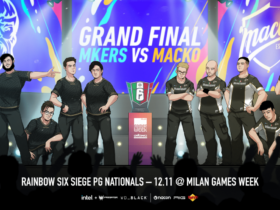