Let’s see together, in this quick preview, what are our first impressions of Forspoken, the title of Luminous Productions and Square Enix that recently showed itself with a public demo on PS5

We are now here: we are marking the last months of this 2022 which, between ups and downs, has been full of interesting surprises, announcements and news… at least in the videogame field. And 2023 promises to be just as interesting, hoping it doesn’t turn out to be yet another postponement fair. And already in the month of January we will be able to get our hands on a rather awaited title from Square Enix, even if it is nothing related to the VII Remake or, even better, Final Fantasy XVI. Well yes guys: Forspoken arrives in January.

Originally known as Project Athia (who remembers that wonderful tech demo shown in the early days of PlayStation 5?), Forspoken is an action-RPG developed by Luminous Productions and published by Square Enix arriving on January 24th on PC and PS5. During The Game Awards 2022, the already rumored demo version was made official, which we promptly made our own. We therefore immersed ourselves in the world of Athia thanks to the eyes of Frey, in order to finally be able to experience first-hand what the guys from Luminous have in mind. Welcome to our preview of Forspoken: let the journey begin.

From Project Athia to Forspoken: here’s our preview

The demo begins in medias res: Frey, who is presented to us with a very short summary film, has already entered the world of Athia and is already in possession of her magical powers. We are given the opportunity to test a rather large area of ​​the map, and we are given five different objectives that want us to explore the different game options. All, of course, to show off what Luminous has created with the gameplay of Forspoken, between combat and exploration.

Frey moves along the ground like an arrow, thanks to his Magic Parkour, which in the demo version it’s not as expanded as it (we believe) will be continuing the adventure and unlocking new skills. Even so, however, the exploration of the map is fluid, fast and fun: with the simple pressure of the circle button, we were able to explore an expressly “fantasy” map, among green meadows, high mountains and crystalline rivers. Satisfaction… or maybe not. | Preview Forspoken

It doesn’t give much of a sense of satisfaction, that’s for sure: more than technical, Forspoken’s parkour is deliberately artistic and “beautiful” to look at. It does not require any particular type of interactionjust pressing a button and directing the protagonist towards the point we want. He gave us the impression, and we hope we’re wrong, of being more aesthetically pleasing than satisfying from a playful point of view. However, it must be said that Forspoken’s skill tree seems to be quite extensive and expandable, so to make definitive judgments we are (obviously) waiting for the full version of the game.

The same can be said for the combat system: many frills, perhaps too little feeling pad in hand. Given the magic done by Sony with Dualsense and its adaptive triggers, by now all the games that come out as “exclusive” (temporal or otherwise) for PlayStation 5 must exploit them, perhaps even when it is not necessary. And it is for this reason that to make Frey attack we will have to use the R2 trigger (for attack spells) and the L2 trigger (for support spells), while the R1 and L1 triggers are used to switch from a specific spell to ‘other. Once the appropriate bar is loaded, by pressing L2 and R2 simultaneously we will be able to unleash a powerful spell, called impetuous magic. In this build, Frey has two different spell styles at her disposal: the Magic of Frey and the Magic of Silas. The first set is mainly dedicated to ranged attacks, and is characterized by the earth element. The second, however, is more melee and is based on the element of fire. The alternation between the two, which must be chosen both on the basis of the type of enemy we are facing (there is a system of weaknesses and resistances that will be better explored with the full game in hand) and on our preferred style.

Despite the good implementation of the DualSense (although, perhaps, it would have been more convenient to be able to attack with the front buttons of the pad), Frey’s attacks don’t give that feeling of heaviness and power that they visually transmit. Most of the spells, while impacting enemies, almost seem to have hit a vacuum. The damage is noticeable, of course, because there is a life bar above the opponent that gradually empties, but nothing more. Think of the heaviness of the blows Kratos inflicts in God of War Ragnarok and you’ll understand what we mean. In this demo version of Forspoken we were able to explore a specific portion of the map, the Water Garden. As you can also see from the screenshots we captured over the two hours or so we spent there (although the demo could be completed much sooner or much later, depending on how much you decide to scamper around), aesthetically speaking, the title of Luminous Productions has some interesting and suggestive glimpses. But let’s stop here, because the Forspoken game world shown so far is typical, all too typical, and nothing so innovative and overwhelming.

The map also seemed rather empty to us, devoid of points of interest and filled only by a few groups of enemies here and there and meager chests, monuments and shelters. It therefore represents the problem that has characterized open worlds for a long time: huge maps, with very few things to do inside. We hope it’s just our impression and that being able to try the final version of the game we can change our mind. It was more beautiful before… | Preview Forspoken

Luminous Productions has devised three types of image quality settings. We obviously chose the one that prioritized performance, and managed to maintain the quite stable frame rate on 60 fps, without perceptible declines, at least in our eyes. Also present is the mode with Priority to Quality, which keeps the frame rate stable at 30fps and aims for a 4K resolution and the one dedicated to Ray Tracing. In general, however, we have been able to notice a discrete graphic detail even in performance mode, with nice games and light effects in some situations, but decidedly distant from what was originally shown by Square Enix and Luminous in the first technical demo.

The soundtrack has so far fielded some catchy and interesting tracks, but nothing that seems particularly inspired for now. The English dubbing and the Italian adaptation of the subtitles are good, unfortunately, as foreseeable, there is no speech in Italian. What intrigues us most, and which we have deliberately avoided in this preview, is obviously the narrative side: will it really be so classic, banal and obvious, or will it reserve us some surprises? In short, by finishing this quick preview of Forspoken, the Luminous Productions title has left us with several question marks to be resolved once we can get our hands on the full game. Although from an aesthetic and artistic point of view it is really captivating, albeit rather classic and decidedly not innovative. For the rest, both the exploration and the combat system gave us the impression of being “beautiful but empty” and with little bite. The demo build is very limited and the chances that we are actually wrong are: but this we will only be able to find out starting from next January 24th. And yes, we will definitely tell you about it.

Forspoken will arrive on January 24, 2023 on PC and PlayStation 5. Let us know what you think, if you have tried the demo or if you will buy it below in the comments, we will continue to keep you updated with all the news, guides and reviews gaming and tech themed! And if you are interested in game keys at advantageous prices, we advise you to take a look at the InstantGaming catalogue! 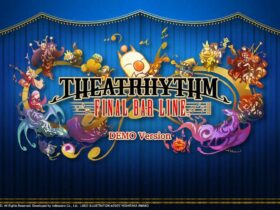