What new cars will appear in Forza Horizon 5 Series 3? Here is a complete list of the cars that will be available from tomorrow.

Playground Games has published a note regarding the novelties of the Series 3 of Forza Horizon 5, which will start tomorrow (January 6). Indeed, as the game prepares to celebrate Lunar New Year, players will be able to get their hands on several new festival-themed cars and horns. Here is the list of cars:

Additionally, the Forza Horizon 5 Car Pass will introduce the following four cars, which will be added on separate dates over the next month:

Lunar New Year celebrations will include lanterns on the streets of Guanajuato and two new PR stunts for the Trailblazer.

Furthermore Playground GamesWith an eye to the future, he said Forza Horizon 5 “will evolve throughout the year thanks to monthly updates” and adds that the development team “remains focused on constantly improving the game and removing all imperfections.”

Biomutant: The game world shows itself in a new trailer 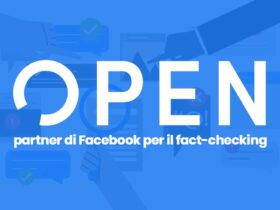