The sixties and seventies have helped to shape the world as we see it today, changing politics, culture and society, and Fritz the Cat is the witness as we will see in this special

Years for sure more bombastic and electric. The flower power enhanced by Woodstock it had ended a few years earlier and the 1970, again to stay on the musical theme, he immediately distinguished himself for the official end of the Beatles and the death of the legendary Jimi Hendrix. But while the notes echoed far and wide between Europe and the United States, on the other side of the world, a bloody conflict like the Vietnam War continued.

A difficult period therefore, full of anger and social tensions, of “victories” of progress in contrast with the fear of an atomic bombing by the USA orUSSR, of workers’ struggles and black squads, in short, a particularly flourishing time for the art of underground cartoonist Robert Crumb who gave life to the feline we will talk about today.

The comic strip therefore saw as the protagonist Fritz the Cat, an anthropomorphic feline who it contained within itself all the vices and contradictions of society that surrounded him. A fierce critical satire of the “pillars” of the American Dream, a dream that by now had taken on the colors of the nightmare, which the director Ralph Bakshi he decided to bring it to theaters as his first feature film.

Contrary to his “Experiment” with the rotoscope in the animated version of The Lord of the Rings, this Bakshi movie is made in traditional technique, but remained nonetheless forbidden to minors of 18 years. Because? Let’s see it together!

Before starting it must be said that here we don’t really have a plot, but rather a series of crazy events that always have as protagonist our Fritz struggling with sex, drugs and individuals of all types and backgrounds. All purposely done for to criticize society in its many facets.

The film begins with the workers who, parodying the famous shot Lunch atop a Skyscraper, discuss this and that and a certain Fritz as they take a few minutes for their lunch break. The time for a piss off the beam and here are the opening credits.

New York in the sixties, it’s a beautiful day in this city inhabited by anthropomorphic animals and Fritz the Cat, together with two of his cronies, decides to go to Washington Square Park to sing songs on the guitar and thus scrape together some money or, more willingly, meet some beautiful girl passing by.

The problem is that the place is already full of hippies and guitars so no one is able to hear the trio play. At one point three beautiful girls pass by, two dogs and a cat, and Fritz has the “brilliant” idea of pretending to be ill by leaking how he is super gifted.

Snap, escape and Fritz is immediately in one synagogue surrounded by Jews, here some old men leoni meditabondi, intent on reading the sacred texts and commenting on the outcome of the conflict between Arabs and Israelis. But ready to dance as a group, with lots of klezmer music in the background, as soon as things turn in their favor.

Miraculously escaped the police, here they are not exactly the smartest, Fritz finds himself with his university friends, but realizes that life there is too intellectual, philosophical and arid of stimuli as regards the real existence made of sex and revelry. So ignites, more or less by mistake, to the building and off to another adventure.

From the Harlem neighborhoods between brawling crows, “gut” prostitutes and Black Panthers, neighborhoods that will even suffer a napalm bombing while the censored Mickey, Donald and Daisy Duck celebrate waving the American flag, up to the arid desert, Fritz will make encounters one more shocking than the other.

If one erupts in Harlem violent revolt, Bakshi here did not spare himself on blood and guts, in the desert Fritz will meet, after abandoning his girlfriend with the broken down car, a biker, heroin addict and pure bunny Nazi with terrorist intent. In conclusion, a great delirium seasoned with a generous portion of drugs of all kinds to get your brain flipped. 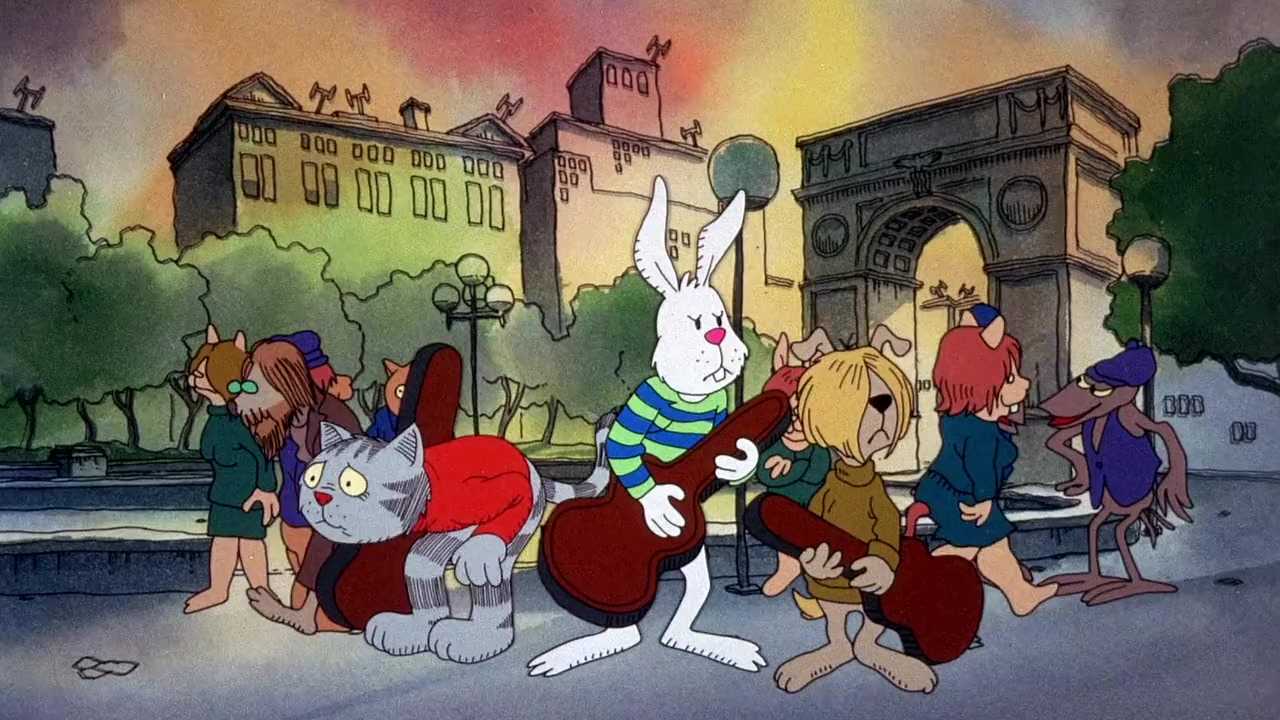 Bakshi VS Crumb | The must-sees of animation

Fritz the Cat’s cartoon started with a budget of about $ 700,000, but he has come to earn well 90 million to Bakshi’s delight, but not the original author’s Robert Crumb who has always declared himself against it how his character was “treated” in the feature film. Indeed, in the strip Fritz the Cat Superstar, the cartoonist makes him die killed by an ostrich and many greetings to the Cat.

Feline who, however, will exploit his multiple lives in the face of Bakshi and Crumb because, in 1974, the sequel titled The nine lives of Fritz the Cat without either of them having a say.

The original was nevertheless presented at the Cannes Film Festival and found fertile ground in the beat and alternative culture of the United States before arriving in Europe and, consequently, also in Italy. Here, of course, it has been further revisited, but don’t worry because we get to it right away. Just go to the paragraph below! 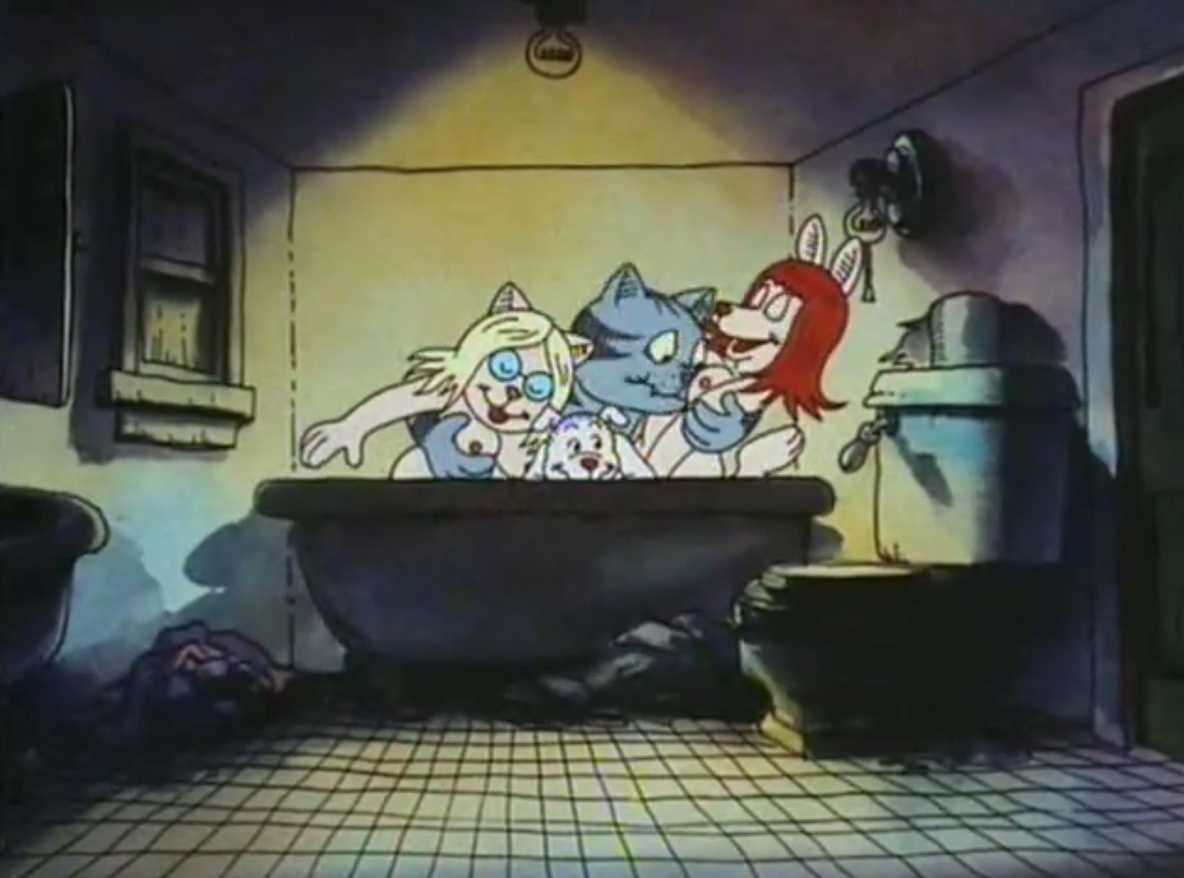 Fritz the Cat, an Italian cartoon? | The must-sees of animation

Apart from the rebound between restored and reduplicated versions, from Giancarlo Giannini to Oreste Lionello famous for giving voice to Woody Allen, the tricolor version distances itself from the original both for some screenplay choices and for the exchange of words.

If Harlem and its ravens become Little Italy, slang and American references become various dialects and stereotypes of the Peninsula ranging from North to South, islands included. For example, it will be possible to hear the mention of Ornella Vanoni, FIAT, the Caracalla Festival and some vernacular ditty songs will also be sung.

The protagonist then talks to a blatantly Roman accent and, all around him, is a succession of Turin, Milanese, Apulian, Neapolitan, Sicilian and so on. After all, what better time to make fun of Romeo the Cat of the Colosseum de The Aristocats since he had recently come out?

Sure, this distort a little the rhythm and the messages of the film and it is always advisable to see the original version, but still be watched. I must say that, every now and then, the final result was very reminiscent of the comic times and the lines of the Eighties cult with actors like Renato Pozzetto, Lino Banfi, Carlo Verdone, Diego Abatantuono and so on. 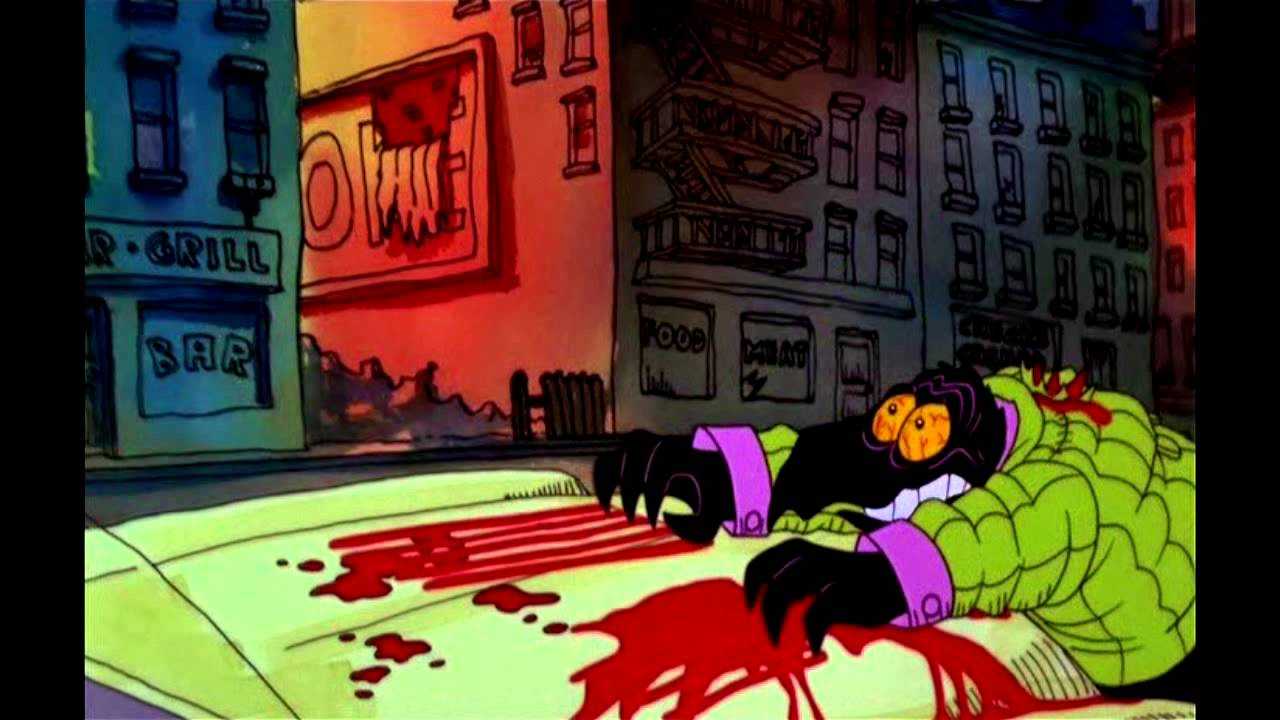 The cartoon of Fritz the Cat was therefore a real trailblazer for all the counter-current animation that characterized the following decades. Products that, however “innocent” and “cuddly” they might seem, were more corrosive than a barrel of acid spilled directly on the fake paradise ofAmerican Dream.

It would be enough to mention only the Simpsons, South Park, i Griffin, Beavis and Butt-head, Daria, King of the Hill to get an idea and “ferry” it to more contemporary shores with other works of the caliber of BoJack Horseman or Rick and Morty to discover how much satire can be refined and comic as well as evergreen.

And if we want to stay on the subject of comics and film transpositions, then, I suggest you find Paz! which takes up the works of the late Andrea Pazienza. An extremely prolific and unfortunate cartoonist who, among his characters, is remembered above all for the very carognosissimo Massimo Zanardi known as Zanna. 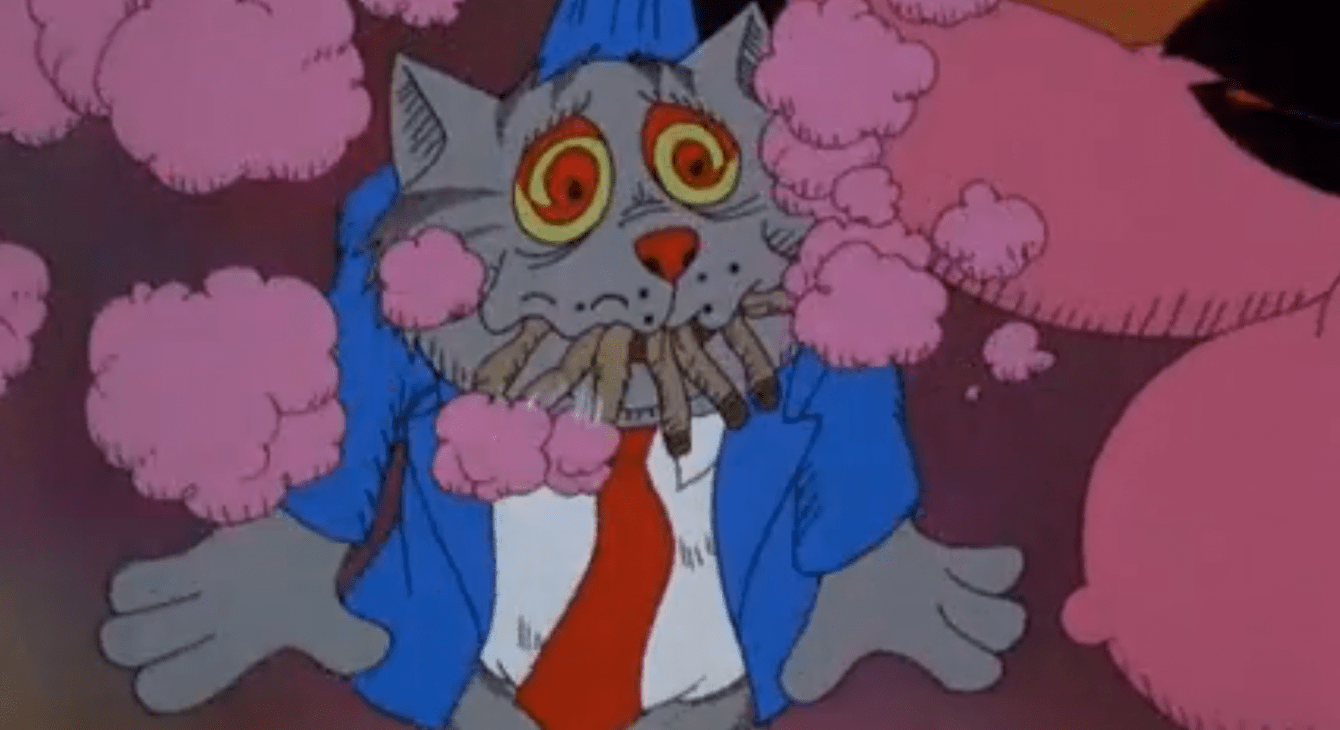 Conclusions of Fritz the Cat | The must-sees of animation

Between funky and psychedelia, no one is spared from the satire of the film. Politics, sexuality, drugs, ideologies, lifestyles, culture, everything ends up in the crosshairs of one 44 magnum ready to shoot over and over again.

A definitely beat and really crazy atmosphere which, despite not having a precise plot, still makes you stay glued to understand where it will go and how the situation will inevitably get worse in the craziest way possible.

Recommended for lovers of films such as A Clockwork Orange and Fear and delirium in Las Vegas, the cartoon of Fritz the Cat is affected a little by time, but still maintains an explosive charge that is difficult to match. Especially for those years!

Obviously, to breathe the original atmospheres, it is always advisable to recover the comic, but while waiting for this, stay on TechGameWorld.com to discover other treasures of celluloid. For the moment I greet you and I make a nice toast with my feline friend dancing to the world that burns.