In view of the release of the second chapter of Venom: The Fury of Carnage, Funko has presented the new Pops

Recently, like a symbiote out of nowhere, the first official trailer for Venom: The Fury of Carnage. Those who saw and appreciated the first film already knew that all this would sooner or later come. This is because of the famous “secret endings” present in almost every Marvel movie.

Funko clearly hasn’t been idle, and has unveiled the new ones Funko Pop dedicated to Venom: The Fury of Carnage. Let’s see the two figures together and where to pre-order them!

Funko Pop, here are the figures of Venom: The Fury of Carnage

The two statuettes, each 10cm tall as usual, they portray Venom and Carnage in two very similar poses. With the pointed tongue protruding over the dozens of sharp teeth, Venom has a defiant gaze pointing straight ahead. Same position for Carnage who, however, looks upwards, as if to suggest how to lay the two Pops.

The two figures are incredibly detailed, with Venom’s back having white ribs, while Carnage has a red to black paint, with black ribs and multiple rows of teeth.

The two Funko Pops can be pre-ordered through these links where, in case you buy one of the two, you will have access to a 50% discount on the exclusive t-shirt!

And will you enrich your Pop collections with this duo? We remind you to stay tuned on the TechGameWorld.com pages to be always updated on the world of collecting, cinema and much more!

EA Play Live: announced the date of the next event 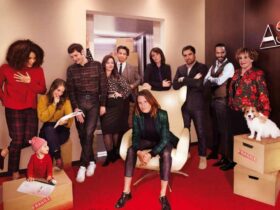 World of Warcraft: Burning Crusade Classic, released a music video to celebrate the arrival of the expansion

Goku VS Jiren: here is the statue of Figurama Collectors

Diamond Select: here is the new figure of Mortal Kombat