We have the first confirmed participants for Gamescom 2021: many welcome confirmations, Ubisoft and Microsoft (with Bethesda) above all

We’ve known for a while that Gamescom it would return, albeit in an exclusively digital form, for the edition 2021: a little less obvious are instead the first confirmed participants, among which we are happy to communicate also appear Ubisoft e Microsoft. With the pandemic still not completely defeated, the list released so far is already something positively impressive, and publishers from across the Alps and overseas will certainly not be the only ones to peep out at the European videogame fair.

Confirmed the first big games: Ubisoft and Microsoft among the participants of Gamescom 2021

Heavyweights such as Xbox, Bethesda, Activision, Electronic “EA” Arts and Ubisoft are already confirmed among the first participants of Gamescom 2021. However, you can already expect others, such as Bandai Namco (reminds you of anything?), 505 Games, Koch Media, Headup, Thunderful Games and many more. We leave you to read the guest list, but please apologize if we missed any in these introductory highlights. The complete list of partners, until now at least, is as follows:

Oliver Frese, director of the event organizers in Cologne, emphasized the pandemic context that made the partner list even more impressive. The resilience of Gamescom, at the expense of the digital-only compromise of the event, remains for Frese a confirmation of the importance of the event for the videogame industry. Naturally, the event will kick off the fair Gamescom Opening Night Live of August 25 presented by Geoff Keighley.

Now it’s up to you to tell us yours: what do you think of the first confirmed names? Let us know below, and as always don’t forget to stay on TechGameWorld.com for all the most important news for gamers and more. For your purely gaming needs, you can instead find the best discounts in digital format on Instant Gaming.

Death Stranding Director’s Cut: price and technical details, here’s how it will run on PS5 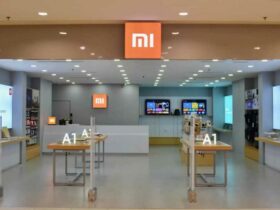