Netflix releases the trailer and the poster of Generation 56K, the new Italian series produced by Cattleya – part of ITV Studios – and produced in collaboration with The Jackal – Ciaopeople group

Out of time loves and unbroken friendships, between the desire to become adults and the courage to pursue one’s dreams. In the Generation 56K trailer a first look at the portrait, full of contradictions, of the Millennial generation, overwhelmed – on the threshold of adolescence – by the arrival of the Internet in the 1990s and who today sees technology as an indispensable element in their lives: it offers speed, connections, infinite possibilities, but to orient themselves in this variety of options it’s not always easy.

Generation 56K: the trailer for the new Netflix series with The Jackal

The images are accompanied by the nostalgic notes of “Come mai” by 883, the hymn of the loves of an entire generation.

Set between Naples and Procida, Generazione 56K is a comedy series based on an original idea by Francesco Ebbasta and written by him together with Costanza Durante, Laura Grimaldi and Davide Orsini, who is also its head writer. Behind the camera of the first 4 episodes Francesco Ebbasta, while Alessio Maria Federici signs the direction of the remaining 4.

At the center of the story Daniel and Matilda, who knew each other when they were very young and fell in love as adults, and who, together with their old friends, Luca and Sandro, are the symbol of the 56K Modem Generation. Daniel and Matilda live a relationship that will revolutionize their world and force them to come to terms with the past and that purest and most true part of themselves that, in opposite ways, they have forgotten. All the episodes of the series constantly intertwine two timelines, two points of view, two phases of the same love and friendship story that starts in 1998 and continues to the present day.

Daniel and Matilda, are interpreted respectively by Angelo Spagnoletti and Cristina Cappelli, in their adult version, and by Alfredo Cerrone and Azzurra Iacone in that of children. The protagonists of the series are also two components of The Jackal in the role of Daniel’s historical friends: Gianluca Fru is Luca and Fabio Balsamo is Sandro, respectively interpreted, in their children’s version, by Gennaro Filippone and Egidio Mercurio.

In the cast also Biagio Forestieri (Napoli Velata) in the role of Bruno, Claudia Tranchese (Under the sun of Riccione, Gomorra the 4 season series) in those of Ines, Federica Pirone in those of Cristina. Elena Starace plays Raffaella and Sebastiano Kiniger Enea.

Generation 56K will be available from July 1, 2021 on Netflix in the 190 countries where the service is active. 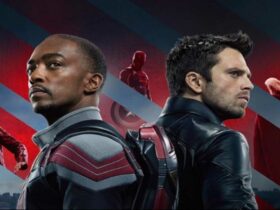 Earthblade: announced the new project of the Celeste developers, here is the trailer 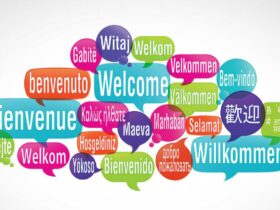