Sony has officially unveiled the release date of Ghost of Tsushima: Director’s Cut, which will arrive on PS4 and PS5 at the end of August, with many new features

The news they saw the latest work of Sucker Punch at the center of some news had been in the air for a few days, ever since we reported the confirmation of the ESRB classification as regards Ghost of Tsushima: Director’s Cut. Well, yesterday, through the PlayStation Blog, it was officially confirmed the existence of this new release of the 2020 title, which is preparing to return in improved and correct form on PS4 e PS5, all at the end of August. An opportunity to retrace the adventure of Jin, but also to discover new stories, thanks to the presence of a new playable area, namely theisland of Ikishima.

The unedited playable map will carry Jin on the neighbor island of Ikishima, on which our ronin will go to investigate the presence of the Mongol troops. Sucker Punch has promised to unveil new aspects of this never-played portion of the adventure over the next few weeks, but has already confirmed that it will include new weapons, armor, techniques and enemies, as well as a consistent amount of collateral activities. Obviously there will be one additional storyline, which will focus on a painful part of the past of Jin, which our protagonist had done everything to forget.

Although The island of Ikishima will be playable by both PS4 and PS5 owners, the team has also had an eye for users of the new Sony hardware, which will result in a unique feature set. Support for haptic feedback and adaptive triggers confirmed, as well as an improvement in 3D audio, drastically reduced loading times, a frame rate that points to 60 frames per second, as well as display options for 4K. In addition, thanks to the possibility of rendering cinematics in real time, all the game’s cutscenes will support lip sync with Japanese dubbing.

It will obviously be possible transfer your game saves from PS4 to PS5, so that anyone who has already finished the original game can launch into the exploration of Ikishima (What will be available from Act 2 of the campaign). The team also confirmed the release of one free patch which will introduce some improvements, suggested by the community, and aimed at all owners of any version of the game.

Ghost of Tsushima: Director’s Cut will be available from next 20 of August, and will allow different upgrade options for those who have already purchased the title. The transition from the basic version PS4 to this Director’s Cut it will cost 19.99 Dollars, while tall 9.99 Dollars they will be needed if we want to upgrade to the release PS5. Upgrade directly from the vanilla version to this new edition for PS5, instead, it will require an outlay of 29.99 Dollars. At the moment we do not know the cost in Euros, but as usual it is assumed that everything will remain unchanged.

You are eager to get back to check the good Jin? You will purchase this Director’s Cut? We are curious to know your impressions, which we invite you to share with us at TechGameWorld.com via the comments section, perhaps after having also taken a look at the offers on Instant Gaming.

Beko Montebianco75 BCSE400E40SN: a built-in refrigerator with a lot of technology 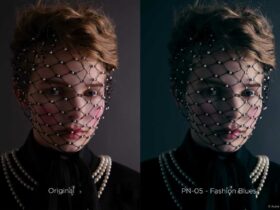 The Binding of Isaac: the board game arrives in Italian language!