With Ellie / Abby-style mechanics from The Last of Us: Part II, Atreus could play a more central role in God of War Ragnarok

The creative team behind God of War Ragnarok did it Naughty Dog your own model, if the hypothesis to see Atreus in a role playable should turn out to be true. The 2018 title from which the character originated hardly needs any introduction. The plot of the Nordic twist of the ghost of Sparta has been able to thrill millions of players around the world, resulting in one of the best Sony exclusives. Now, the “boy!” (and semi-living quote) most loved of the videogame sphere could replicate the role of the two deuteragonists of The Last of Us: Part II on the occasion of the sequel.

Secrecy on God of War Ragnarok continues to reign supreme, but Santa Monica Studios has just given a clue about the role of Atreus, the son of Kratos. The artist Samuel Matthews he suggested in an instagram post that we might see the “boy!” as a playable character in the sequel. Not only that: the allusion to the role of Ellie and Abby, as much as discussed, is explicit by Matthews, who not only defined the first The Last of Us a source of inspiration, but also declared that he had openly remade the atmosphere of the much discussed and acclaimed sequel.

It’s not as if all the players have welcomed Part II’s departure from Joel’s central role, of course. However, it would be interesting to see how fans would react to a role similar to Abby and Ellie for Atreus, especially considering that Kratos is still fully in the spotlight. Certainly, the conclusion of the 2018 masterpiece left the door more than open to similar dynamics. Despite Matthews’ use of the conditional, development of the sequel is still running at full speed, and the game continues to be scheduled for 2021 on PS5 and PS4.

Now it’s up to you to tell us yours: what do you think of this possibility? Let us know below, and as always don’t forget to stay on TechGameWorld.com for all the most important news for gamers and more. For your purely gaming needs, you can instead find the best discounts in digital format on Instant Gaming. 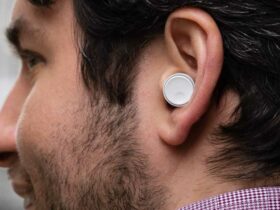 New Pokémon Snap: how to get 4 stars by photographing Comfey

Battlefield 6: The game will also be released on PS4 and Xbox One