A new rating of God of War Ragnarok has emerged from Saudi Arabia, and this could therefore mean an increasingly palpable proximity to its release date.

Among the games that appeared during The Game Awards 2021, God of War Ragnarok was one of the most anticipated; however, the title of Santa Monica Studio he had no way of introducing himself. Therefore, leaving out the latest information provided by the official page, the latest trailer of the new chapter of the saga dates back to three months ago, when shown during the PlayStation Showcase. Since then, it seems PlayStation has been more focused on promoting the arrival of the first PC game.

In fact, in a few weeks you will be able to experience this acclaimed exclusive for the first time too on a platform other than Sony consoles, and for the occasion the company does not seem to want to spare any blows in its marketing strategy. In the meantime, however, many other players are still anxiously awaiting God of War Ragnarok, and recently some rumors have led to think that the release of the game can take place in the fall of this year. Now a new rating of the recommended age for playing the opera, coming from Saudi Arabia, is added to the speculations.

The release of God of War is approaching

Initially, the release date of God of War Ragnarok seemed to have been leaked through data found within the PlayStation Store database. These indicated a release scheduled for September 30, albeit there is a high probability that it is a indicative day of the period in which the game may actually find the release. The end of September could therefore indicate an exit during Q3 or Q4 of 2022. However, to fuel new speculations for an even closer date, thinks the official account of an Arab government body in charge of audio-visual media, and in charge of age rating for video games.

God of War Ragnarök…
…Given a suitable rating for age 18 and over
Be conscious, and make sure that there is an age classification

God of War Ragnarok would therefore have obtained a rating for ages 18 and up, but obviously this is not the information that we really want to know the most. The real news is in fact found in the very release of this evaluation, since usually video games they receive an age rating when the title in question is close to its release. It could therefore be assumed that God of War Ragnarok is not that far away, and that it still takes only a small handful of months before it can finally be played. Clearly, we certainly shouldn’t expect its arrival too close to other Sony exclusives, such as Horizon Forbidden West or Gran Turismo 7.

Continue to follow us on our TechGameWorld.com site to stay up to date with every news in the world of video games, and take a look at the Instant Gaming store if you are interested in finding new titles at affordable prices. 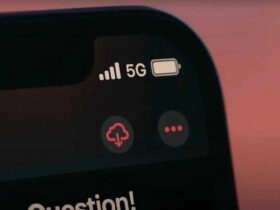 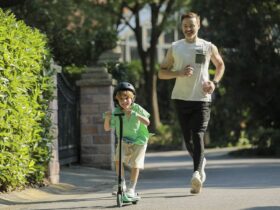 Segway presents the new scooters for children and teenagers

Chris Evans from superhero to legend will play Gene Kelly