Square Enix has also been attracted to NFTs, and it seems that company president Matsuda is more than determined to bring new blockchain-based games to life.

In recent months, NFTs, or non-fungible tokens, have also created a stir within the videogame industry. After seeing a first debut in this field by Ubisoft (starting rather unsuccessfully) it’s now up to Square Enix. In fact, the interest in this world has also been previously expressed by the producer of NieR and by Yoshinori Kitase, the head of development of Final Fantasy. While the members of Square Enix have exposed their considerations during an interview with Famitsu on the resolutions for 2022, the president Yosuke Matsuda instead relies on the official website of the company. In a letter he expresses several considerations regarding these new technologies, and among other things he also reveals how the future of Square Enix it will certainly be aimed at exploiting new technologies based on NFT and blockchain.

Among the technologies he intends to use, the head of Square Enix is ​​adamant that blockchains and NFTs will play a fundamental role, being used for economic and commercial purposes, creating a real offer of products and services. However, the CEO appears to be aware of how users are quite divided in this regard: while some have welcomed these innovations with great enthusiasm, criticisms of the methodology used by some creators are not at all absent, who very often speculate on the digital goods they have placed on the market, altering their values ​​in a fraudulent way. Still, according to Matsuda in the future there will certainly be a regulation of these consumer goods, as they become more and more common, similar to what happens now with physical ones.

“By designing viable token economies into our games, we will enable self-sustaining game growth.”https://t.co/0eWsCC0sMa pic.twitter.com/GEGqD9dJqX

Blockchain games are also among the company’s aims: they are built on the token economy and can be able to grow stocks independently, thanks to the concept of “playing to earn”. These games are thus distinguished from traditional video games, which are formed by one-way modes, where the creators provide consumers with the title they will be able to play. Although those who play for fun have so far opposed these new trends, the president however thinks of the other players, who want to make the game more interesting. For Matsuda, having these incentives would reward their efforts far more significantly and explicitly, thus leading to the possibility of seeing much more revolutionary creations than those created so far by users. This genre of video games is defined by the CEO as “decentralized gaming”, which in 2022 will join the centralized titles of the Square Enix portfolio.

Keep following us on TechGameWorld.com to stay up to date on other videogame news, and take a look at the Instant Gaming store for new titles at a good price.

Blue Icepop: the premium microphone for Logitech and ASTRO headphones 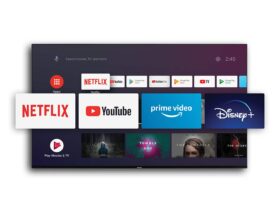