Insider Tom Henderson says there will be an event dedicated to Gran Turismo 7 and Ghostwire: Tokyo later this month

In recent days the insider Tom Henderson had spoken about a rumored PlayStation event that is expected to take place during the next February, and which should belong to the now famous category of State of Play. According to Henderson it should be a really important and big event, with highly anticipated games as protagonists, but beyond that, again according to his words, it seems that Sony has a further event: if confirmed, this is expected to take place later this month, and will focus on Gran Turismo 7 e Ghostwire: Tokyo.

Gran Turismo 7 and Ghostwire: Tokyo protagonists of an event later this month?

Henderson he explained that the press is generally invited to these events, so they can share more details about the various games. Afterwards, Sony releases official trailers with media impressions. And this should be the case with Gran Turismo 7 e Ghostwire: Tokyo, with the insider that he would have known that the commercials for the two titles are already ready for launch, and that therefore there should be no further delays in the release.

He also talked about Sifu ed Horizon Forbidden West, both due out next month, and are expected to be in attendance at State of Play of February (we’re talking about day 3), most likely with the launch trailer for the first and gameplay footage for the second.

Since this specific event is expected to be “potentially” substantial, it also appears that it will be exploited by Warner Bros to show Hogwarts Legacy (whose release is apparently planned for the second half of 2022). Given the more than positive welcome given to Harry Potter Reunion, it is very likely that the long wave of this broadcast will be exploited precisely to show the expected game in question.

Obviously, since these are unconfirmed news in official form, we invite you as always to take the news with all the necessary precautions. We at TechGameWorld.com, however, will not fail to keep you updated on any developments. If you are looking for titles at a discounted price in the meantime, our advice is to take a look at the offers on Instant Gaming. 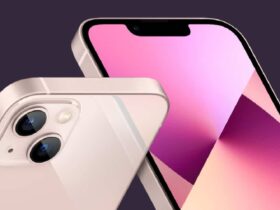