The 2021/2022 school year is upon us. Regions and autonomous provinces will open their gates between 6 and 20 September, and the MIUR has sent schools a note containing a series of behavioral rules for students and school staff.

Between clear rules and other more interpretable ones, there is a passage that was particularly debated, namely that of the green pass at school. The controversial point concerns not so much who is required or not to exhibit the green certification (in this sense the Ministry has all agreed) as who is required to monitor it.

First of all, let’s see why there have been strong controversies on this aspect. And then let’s find out what solution the Ministry of Education should offer, which is thinking of an ad hoc app to make the green pass verification procedures at school agile.

Green pass at school: who should have it

Let us remember first of all that in schools the green pass will be mandatory only for staff. Not so in universities, where both teachers and students must have it with them and show it whenever it is requested.

Who checks the green pass at school

We come immediately to the thorniest topic, that of controlling the green pass at school.

The burden is entrusted to school managers, but verification – the note reads – can “be formally delegated to school staff”.

The next paragraph is even more interesting, let’s keep that in mind. It reads: “The application aimed at checking the certifications is made available free of charge on a specific interinstitutional platform”. After that, there is a note pointing to a link in the footer. And the link leads in turn to the Verification C-19 app. Just her, the one used by shopkeepers to check the green certificate. And that, among interventions not always clarifying by the authorities of, has already aroused many discontent.

The controversy over the control of the green pass at school

Their position does not differ too much from that of the shopkeepers: not only because their figures would be assigned control functions that would be up to the police, but above all because the expenditure of time and energy for checks would be greater than theirs. Strength.

And so, the National Association of School Managers, led by Antonello Giannelli, wrote a letter of protest addressed to Prime Minister Mario Draghi and to the Minister of Education Patrizio Bianchi.

In the letter we read: “One cannot imagine that the staff delegated by the manager is every day at the entrances and for several hours to check the certification of hundreds of teachers and ATAs queuing to take on service. Nor can we think of further burdening school managers with privacy problems ”.

The most unacceptable thing is that the green pass check should be done every day. The principals therefore asked the Government to study a simplified procedure as soon as possible.

The platform under study by the Government

The request of the school administrators seems to have been accepted by the government, which would be developing an ad hoc platform.

The Ministry of Education and Health would be preparing an app that will allow principals to check the green passes of school staff quickly. Therefore, unlike what the ministerial note suggests, it would not be Verification C-19. 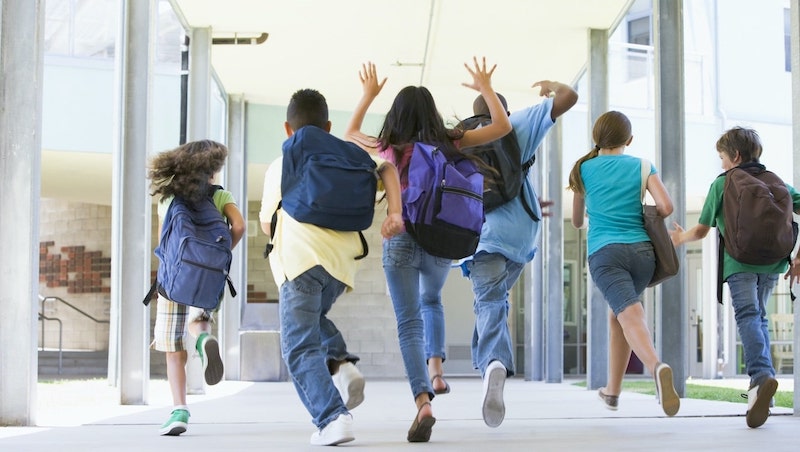 How the app will work

The app will show, every morning, the status of the green pass of each teacher or member of the school staff: green sticker for those who have the pass in order, or red for expired or otherwise invalid passes.

Those with a red light will not be able to enter the school and will have to swab as soon as possible. Otherwise, suspension is triggered for “unjustified absence” and, after five consecutive days of red light, “the employment relationship is suspended and no salary or other compensation is due”.

The green light from the Privacy Guarantor is expected as soon as possible, after which it will be established whether the system will be introduced by law, decree or ministerial provision.

The information that will appear on the app should be minimal: name, surname and validity or not of the green pass. There will not even be an indication as to how green certification was obtained: whether after vaccination, recovery from Covid-19 or a negative swab.

However, doubts are not lacking, such as those raised in a tweet by Matteo Navacci, co-founder of Privacy Network, organization for the protection of privacy and fundamental rights. Navacci writes on Twitter: “Who is the owner and what are the roles and responsibilities? Has a DPIA been done for risk assessment? Is this information available to school DPOs? “

We remind you that the DPIA is the data protection impact assessment, and the DPO is the Data Protection Officer.