Among the innovations that GTA 5 will introduce on PS5 and Xbox Series X / S, we also find the possibility of applying some upgrades to a series of special vehicles

Despite having passed well eight years, and two generations of consoles, from launch of GTA 5, the Rockstar title continues to have a special place in the hearts of videogame fans, as evidenced by the frantic wait that is registered around the next gen iteration of this lucky chapter of the brand. An update that promises to be full of technical innovations, such as improved performance and general visual rendering. However, there will also be some important gameplay news, as evidenced by the tweet that we propose in the news, which explicitly mentions the possibility of applying vehicle upgrades.

GTA 5: vehicle upgrades among the novelties of the PS5 and Xbox Series X / S versions

In addition to the base game, when the title Rockstar Games will make its debut on next generation consoles, the next 11th of November, players will also be able to get their hands on a dedicated version of the popular Grand Theft Auto Online. And it is precisely to the multiplayer sector of the production that the tweet we have just mentioned is dedicated, and this is the text relating to the implementations in question:

“When GTA Online launches on PlayStation 5 and Xbox Series X / S at the end of the year, there will be a few select vehicles that can be upgraded with speed upgrades and more.”

When GTA Online launches on PlayStation 5 and Xbox Series X|S later this year, select vehicles will be upgradable with all new speed improvements and more.

These special upgrades will be available only on PS5 and Series X|S versions of GTAV — stay tuned for more details. pic.twitter.com/R9SS2miSC8

These upgrades, as we read in the post, will only be available on the new gaming machines signed by Sony and Microsoft, with PS4 and Xbox One users who will therefore have to remain dry-mouthed. It is not surprising, however, to see the absence of these features on the platforms that saw the original debut of the game, given that on PS3 and Xbox 360 the online sector will close its doors in December.

In all likelihood, moreover, these implementations are just the tip of the iceberg of the new incarnation of the game, and we at TechGameWorld.com are really eager to know what it has in store for us. Rockstar Games.

Are you also curious to test the title again? Let us know in the comments section, perhaps after having also taken a look at the offers on Instant Gaming.

PlayStation: when will the collaboration with Discord begin? 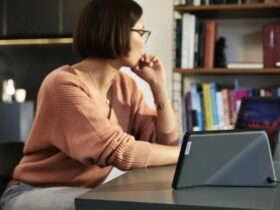 Smartworking: the future according to Lenovo 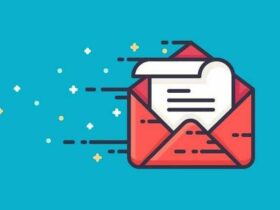