The community director has provided new details on the Halo Infinite multiplayer Beta, for details read this article

Halo is a core franchise for Microsoft. Since the first Xbox arrived on the market, we have numerous games from the saga to accompany the consoles of the Redmond house. During the years Bungie worked on the title and offered fans a lot to have fun with until the software house decided to “step down”. Focusing on their new IP, Destiny, the Halo IP moved to the 343 Industries development studio. Most fans might agree that their latest attempt in this franchise, Halo 5: Guardians, didn’t quite hit the proverbial target, but that didn’t dampen the expectation for the next big chapter. Halo Infinite and, speaking of Infinite, it looks like the Beta multiplayer is close to release. Let’s see all the details about it in the next lines of this article.

Halo Infinite: still no release date for the multiplayer Beta

It is useless to deny it: Halo Infinite it certainly did not have a simple history, between the troubled and prolonged development and the community criticism 343 Industries certainly didn’t have an easy time. Eventually the game was also postponed. During E3 2021, Microsoft is back in charge with some new details on Halo Infinite and the hype has somewhat reignited. While we haven’t seen any gameplay videos related to the campaign, the content highlighted at the moment is based on multiplayer and the fact that the same component multiplayer it would have been free. This means that you won’t need to own a copy of Halo Infinite to play online on Xbox One, Xbox Series X / S, or PC. Also, prior to the game’s launch, it was reported that one would be released Beta multiplayer per Halo Infinite.

PSA: With each week we’re creeping closer and closer to the #HaloInfinite multiplayer technical preview! A key goal is hardening and validating at large scale – help us out, spread the word, opt-in, verify your email, and be ready! 🙏 (1/2)https://t.co/HQByUCTxwf

We don’t have a release date yet, but the 343 Industries community director, Brian Jarrard, warned fans on Twitter that the team is still planning a preview of the multiplayer. Jarrad reiterated that there is no date for the release of the multiplayer beta, but Jarrad himself said that “there won’t be long to wait”. Furthermore, the community director wanted to warn fans that if not yet registered, they will have to create an account with the program Halo Insider because that’s where you’ll receive an invitation when it’s time to play the multiplayer beta. 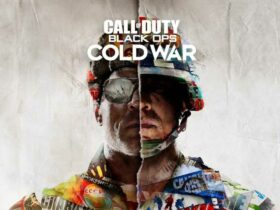