With the apparent evidence of a battle royale mode in the Halo Infinite beta files, the question is only one: where do we land?

With the recent version beta from Halo Infinite, fans have had the opportunity to test different multiplayer modes with ease, but apparently one is missing: the battle royale. 343 Industries, with the typical discretion of Tom Holland, have let slip some files full of spoilers on the plot, but apparently a ruined ending was only the tip of the iceberg. According to a user of ResetEra, an audio emerges among the files that seems to herald the entry of the Microsoft shooter in a genre whose popularity has now become unstoppable. How relevant and therefore reliable will the clip be?

The beta of Halo Infinite: the second appearance of the Master Chief in a battle royale?

The audio file in question, which emerged from the top secret paperwork of the Halo Infinite beta, consists only of an exclamation (below): “Battle royale!” However, it is the voice that utters the two words that justifies the article you are reading. In fact, this is the historical chronicler of the series, the great Jeffrey Steitzer. We would not rule out that, having good old Jeff his 69 years, it is simple foresight in view of a hypothetical future inclusion of the modality. In any case, the voice is as unmistakable as the two words spoken: if it were true, it would be the most unlikely denial we ever expected.

For what it’s worth, 343 Industries has reiterated multiple times that it didn’t intend to include a battle royale mode for Halo Infinite, at least not at launch. Given the free-to-play nature of multiplayer, however, it is very possible that the plans have changed and that the mode is now planned (not that Master Chief is new to the genre, not sure!). Certainly, there is no shortage of improvements on the horizon for the game, which according to the latest statements by the development team now promises to be more ambitious than ever. The release is scheduled for Christmas time su PC, Xbox One, Xbox Series X ed Xbox Series S.

Now it’s up to you to tell us yours: what do you think of the leak? Let us know below, and as always don’t forget to stay on TechGameWorld.com for all the most important news for gamers and more. For your purely gaming needs, you can instead find the best discounts in digital format on Instant Gaming. 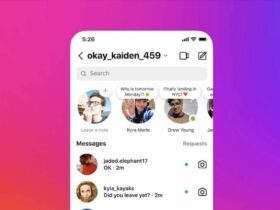