They are many, they are clumsy, they are absurd, but above all they are organized! So get ready for the chaos of hens on the run

Let’s start with getting some ingredients, a good recipe book, top-notch cooks and attentive supervisors. We cook everything with the right amount of plasticine and stop motion, the chickens we can leave them alone for now, and let them pop out a blockbuster animation masterpiece!

Made in collaboration with Dreamworks, I doubt it needs any introduction, and with the Aardman (Wallace & Gromit and Shaun, the sheep’s life are certainly among the best known products even today) the film comes out in theaters all over the world in 2000. If we think that, in Italy, the film was released at Christmas then I let you imagine the joy of children and the owners of our local cinemas!

Anyway, we understood a little of the culinary metaphors mentioned at the beginning, but who exactly are the chefs we are talking about? Don’t worry, it’s not Walter White or Jesse Pinkman from the acclaimed Breaking Bad series, but British directors Peter Lord e Nick Park.

Two absolutely cardinal figures for the Aardman Animation, we take into account that Lord is the founder, which for years have been entertaining young and old with their hilarious plasticine stories. An example are the many short films with protagonists Wallace & Gromit.

The ingenious coupled in fact, in addition to the film we will discuss shortly, together with Wallace & Gromit – The curse of the were-rabbit in 2005 (which earned him the Oscar), A question of bread or death (short film from 2008), Shaun the Sheep – The Movie in 2015 (to the delight of the little ones) e The primitives in 2018.

To remember then that Peter Lord, in his curriculum, he can boast two other feature films such as Pirates! Rogue bandits and The Croods. Obviously without forgetting the various shorts starring, always, the legendary and already mentioned Wallace & Gromit.

But shouldn’t we be talking about chickens running away? Quite right! Then prepare the birdseed, I meant the popcorn, and we leave for the Tweedy cattery.

Our story comes to life, so to speak, in thechicken farm owned by bad guys, the Tweedys in fact, in an England reminiscent of that of a few years ago. World War II is over, Elvis Presley’s rock goes crazy on the radio and Mrs. Tweedy is not happy. Not even a little!

One because business languishes e due because it seems that the hens are doing everything to try one daring escape.

This rebellious spirit is embodied in the figure of Gaia, a combative hen that from time immemorial has cultivated the dream of escaping from breeding and living free. Creator of one varied number of escape plans, together with the scientist Of, all mushrooms Baba and to the apparently rude Tantona, unfortunately all doomed to failure.

The surveillance of the Tweedys at the farm, more and more like a prison camp dating back to the last world war, is always attentive also thanks to a pair of ferocious guard dogs.

However, it must be said that if there are many chickens in one place then, almost certainly, there should also be a rooster. And indeed there is, even if a little older than the average and with the mind still in the days of Royal Air Force, and he is the grumpy and grumpy one Cedrone.

But not only chickens from the Tweedys, in fact, the latter often receive the visit of the two local delinquentelli (dei ball named Frego e Look who are the comic couple) who never fail to supply the poultry with various trinkets and contraptions pilfered here and there. Obviously behind a hefty fee!

Life therefore flows all the same. You make a plan, fail, jail cell, lay eggs, give them to the Tweedy “jailers” and, if you don’t meet deadlines, well, we’ll have chicken for dinner. Unfortunately it appears that the diabolical duo are planning something unpromising for the chickens, quite a mess.

However, all of this is bound to change when it rains from the sky, literally, a american rooster named Rocky Bulboa who promises all of them to fly them in exchange for some hospitality and care as he broke a wing in the abrupt landing.

In such situations, any help is welcome, but are we really sure he can teach them to fly? However, it is from that moment on that the film develops into a series of hilarious gags, quotes, daring actions and even more intense moments.

So our feathered heroes will be able to soar, light as air, beyond the fences and the prison to find the much desired freedom? 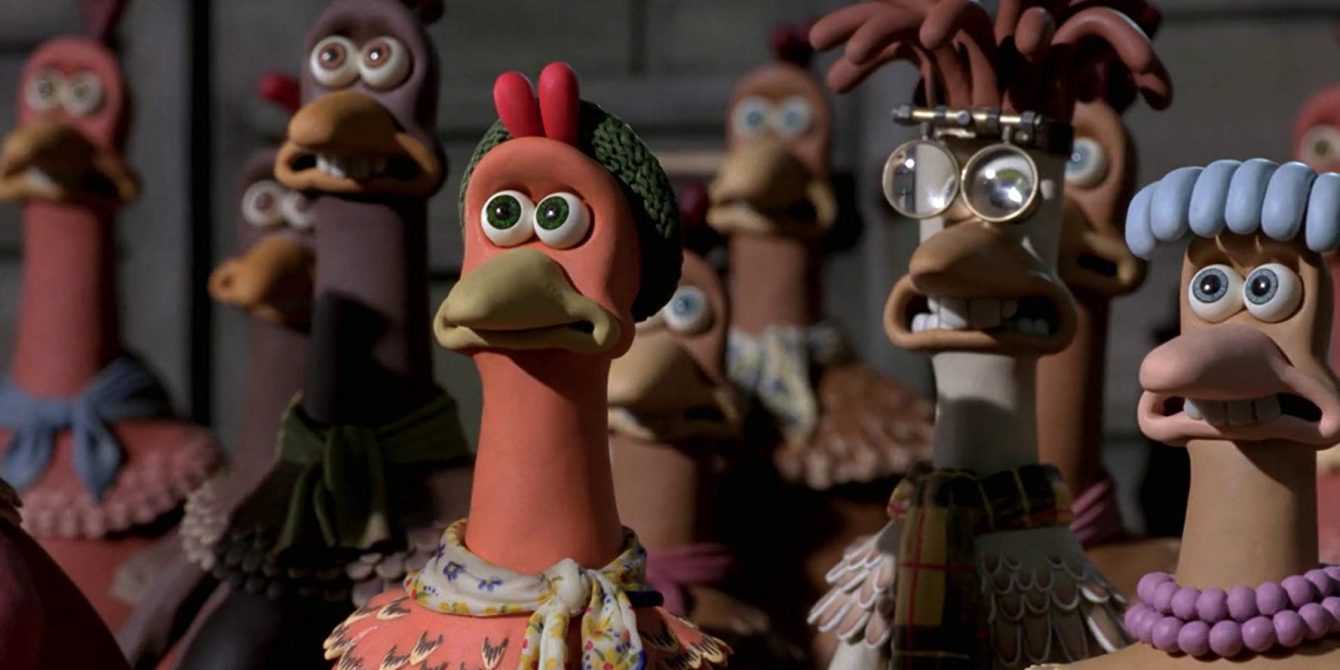 Where have I seen this situation before? | The must-sees of animation

Without having to bother with great literary classics such as Animal Farm by George Orwell, it is more than clear the reference to a cult of cinema such as The great escape (film from 1963 directed by John Sturges).

In fact, the Gaia hen usually throws a ball to the wall to think when she was beaten in isolation, identical to the moves of Steve McQueen in the film, and then we must not forget thebreeding itself.

It practically was a kind of Nazi prison camp from which everyone, just like in the cult just mentioned, wanted to escape at once. To stay on the subject, another similar cinematic example can be found in Escape to Victory.

A film from 1981 directed by John Huston where, alongside actors like Sylvester Stallone e Michael Caine, also played great footballers of the time like Pele, Bobby Moore, Kevin O’Callaghan and many others yet they certainly cannot go unnoticed in the eyes of football fans.

Still speaking of Stallone, it must be said that also the name Rocky Bulboa is a distortion of the famous series of films about boxer most unstoppable there is. However, this is only true in his dubbing in Italian while, in the original, the American rooster is Rocky Rhodes. At this point it is easy for this to be a reference to passages such as Take Me Home, Country Roads of John Denver or al rock more generally, practically the synonymous with freedom. 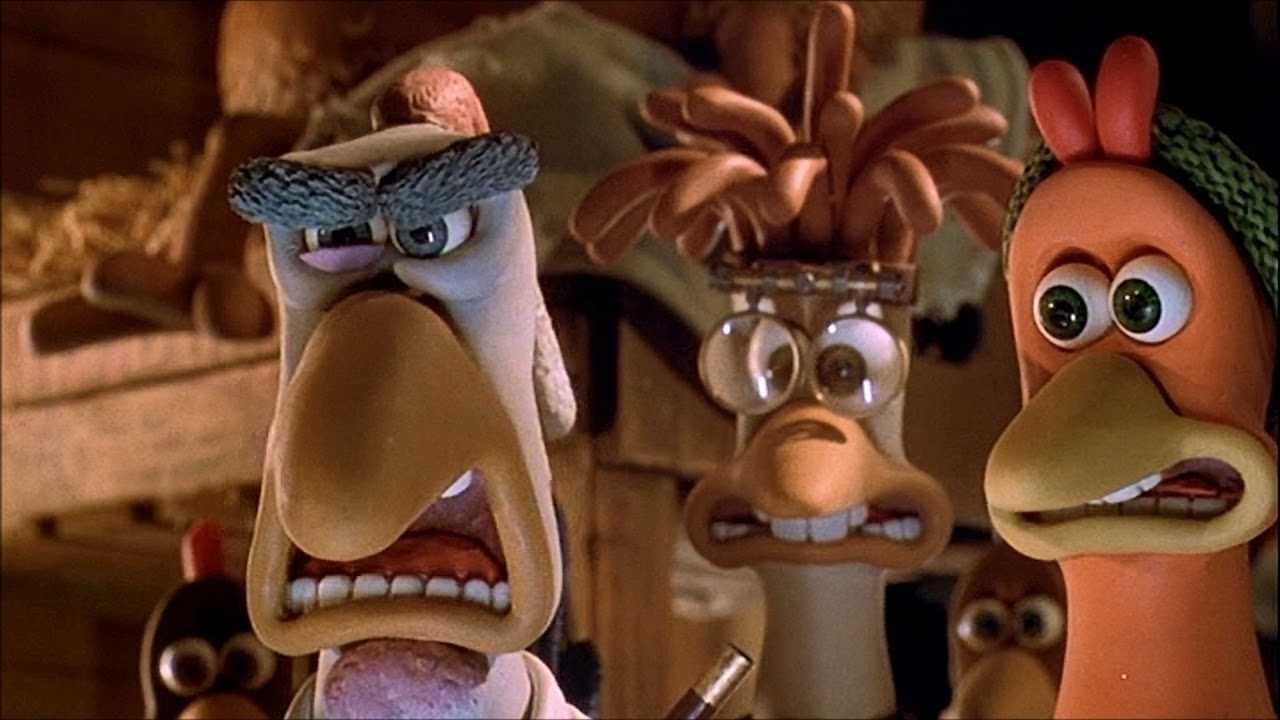 The face behind the beak | The must-sees of animation

Behind feathers, beaks and kilos of plasticine there are, however, real actors and voice actors. If we take the character of Rocky for example, this one has the voice of Mel Gibson, but it certainly doesn’t stop there!

In fact, Gaia is voiced by Julia Sawalha (will lend his voice in the video game again Fable II), Tantona da Imelda Staunton (we will see it again in some chapters of Harry Potter), Cedrone da Timothy Spall (also in Harry Potter and other films such as Lemony Snicket – A Series of Unfortunate Events, Sweeney Todd – The Devilish Barber of Fleet Street, The king’s speech and so on) and many others.

As for the Italian version, on the other hand, between voice actors two exceptional ones emerge. Our aforementioned Rocky is voiced by Christian De Sica while, the dreamy Baba, gives Ilaria Ponds (historical voice of Bart Simpson and Shippo in the first season of Inuyasha between the various roles). 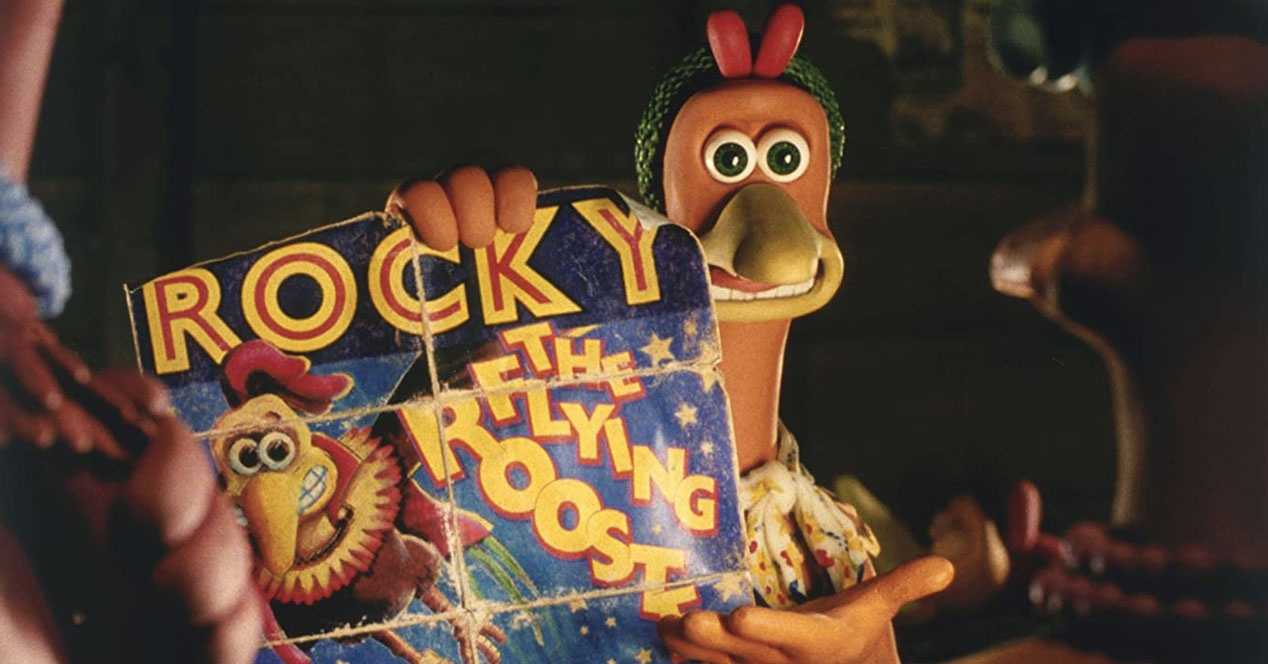 This hilarious hymn to freedom, in pens and plasticine, turned out to be a real blockbuster at the box office because, of the approximately 45 million dollars spent, it has collected more than 200, reaching real record figures.

Moreover, after about 20 years from its release, it seems that it is already being realized even at a sequel which should land on Netflix this year. Who knows how it will be? Let’s hope well because the first is a fundamental chapter of animation and I would be very sorry to see it “distorted”.

Anyway, if you have gods children and you want to show an animated film with a soul and all the credentials, now you know which one to choose. If, on the other hand, you do not have children and you want something that involves you and also make you laugh, then, it is very likely that this film is for you.

Now that the article is finished, I would say that I can go and review it too, but you remember that, if you want to always be updated on everything related to cinema, television series and animation, TechGameWorld.com is here for you!