Huawei’s new operating system has officially landed on the market and we got to try the first product that already comes with HarmonyOS installed. We are talking about Huawei Watch 3. It is not “just another smartwatch” but the smartwatch that marks a well-defined boundary. It marks the new era of Huawei and the transition to a proprietary ecosystem to go and challenge Apple, Samsung and the others again.

The curiosity for the new OS was great, especially since the hardware starting point was certainly excellent. Huawei GT2 and GT2 Pro were in fact two products that we really appreciated. So no more chatter and let’s get to the bottom of the new Huawei Watch 3 in this review.

The first impact with the Watch 3 was certainly very positive. The soft lines make it one of the most beautiful smartwatches on the market, while also recalling the classicism of a mechanical watch. The case in 46mm stainless steel captures a few too many fingerprints, while the ceramic back is very smooth and comfortable on the skin. There is only one size, so for thinner wrists it might be a bit oversized.

In general, the construction is very accurate and despite speakers and microphones we can happily dive up to 50 meters or 5 atmospheres.

In use the 1.43-inch display, with screen AMOLED of 466 × 466 pixels resolution makes navigating Harmony OS very practical. The merit is also of the crown placed on the right profile which transforms the passage from one menu to another into a very fluid experience. On the same side there is also a customizable button.

The brightness reaches a maximum of 1000 nits: translated it means that in all light conditions we will have a good visibility of the display. 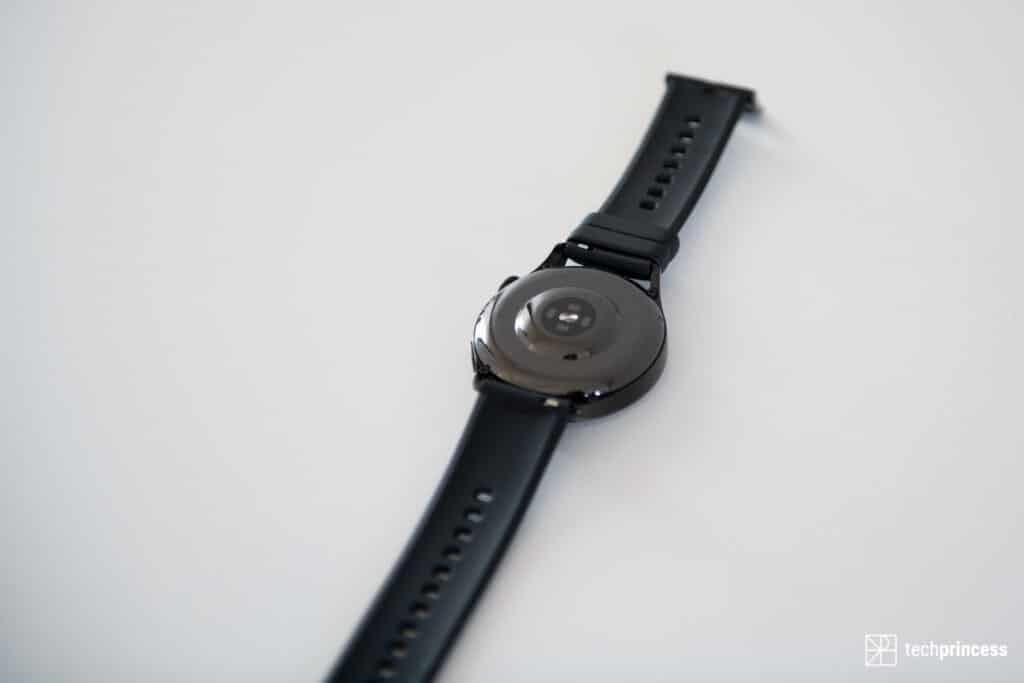 A sour note is functionality Always-On Display, the reason is obvious: the battery life is greatly reduced. With this feature, you can reach a maximum of almost three days of basic use. We are probably facing a small software problem, which we hope will be solved with some updates. But at present the suggestion is to at least use the display activation function with the rotation of the wrist.

Lots of technology in an elegant body

Huawei Watch 3 is equipped with a HiSilicon Hi6262 chip, 2GB of Ram and 16GB of internal memory. A configuration that allows a smooth use of the smartwatch. Furthermore, we find connectivity Bluetooth 5.2 for pairing with a smartphone, Wi-Fi, GPS, NFC and even the ability to use one e.g able to take advantage of 4G LTE for calls and internet connection. In essence, nothing is missing, just a pity that at the moment there are no options to take advantage of the NFC module for payments.

On the hardware side we also find a long list of sensors as right to expect from a top of the range smartwatch. We find those useful for outdoor activities such as accelerometer, gyroscope, compass and altimeter, but also a heart rate monitor that also detects blood oxygenation SpO2 and a new thermometer for skin temperature. Useful, but it does not mean measuring body temperature.

As already mentioned on Watch 3 there are speakers and microphone which allow us to use the watch to make calls but also to interact with Huawei Assistant. The audio quality is quite good, both incoming and outgoing, as confirmed by the interlocutors we conversed with during the test.

The potential of this smartwatch is really high, but there is certainly some optimization to be done. We have already spoiled you that the battery suffers a lot from the Always-On Display, a very important feature for these devices. It must be said, however, that all the technology available to Huawei Watch 3 requires a lot of energy and the fact that it is always fluid and fast testifies to the goodness of the product. Having to charge it every couple of days can be a limitation, but it’s not a big deal either.

Speaking of recharging, the supplied base is equipped with a very strong magnetic connection and recharges the watch at 10W. Too bad, however, that the USB cable is not removable, as it was possible to do on Watch GT 2 and GT 2 Pro. Too bad. 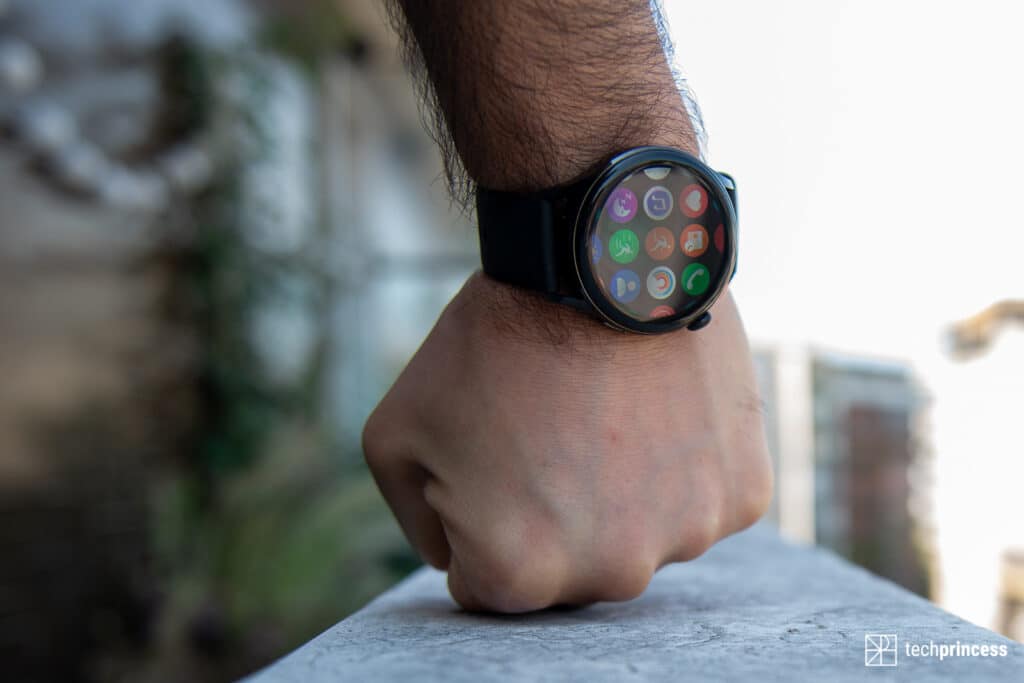 The first step to start using the new Watch 3 is obviously to connect it to a compatible smartphone, therefore with Android from version 6.0 onwards or iOS from version 9 on. It goes without saying that as soon as HarmonyOS is available on a smartphone that will be the perfect environment for Watch 3. However, if you do not notice any particular difficulties with Android, especially after some updates received during the review, the limitations on iOS are still many. There are some functions that seem incomplete, others that do not work. It is clear that this is an adaptation to an OS designed in a completely different way, but we would have expected greater compatibility.

But let’s get to the heart of this new Watch 3, the HarmonyOS operating system. If the graphics setting does not offer a radical change – the icons and other elements are in fact very similar to the previous smartwatches – what changes is the display of the list of various apps. In fact, we can choose a grid mode, which can be zoomed and in which to navigate both directly from the touch display and with the crown.

The real novelty is in the use and fluidity of switching from one app to another. Everything has also been embellished with animations and transparencies that make the experience truly enjoyable. Furthermore, with a double click on the crown, we can quickly access the view of all the open apps, switch from one to the other quickly or simply close them so as not to consume too much battery with background operations.

Speaking of apps, we have also integrated theAppGallery, redesigned specifically for smartwatches. At the moment there is not much choice of apps, but we will certainly see news in the catalog in a short time. The presence of AppGallery, in addition to looking for new apps, obviously allows us to update the ones we have without necessarily having to go through a connected smartphone. 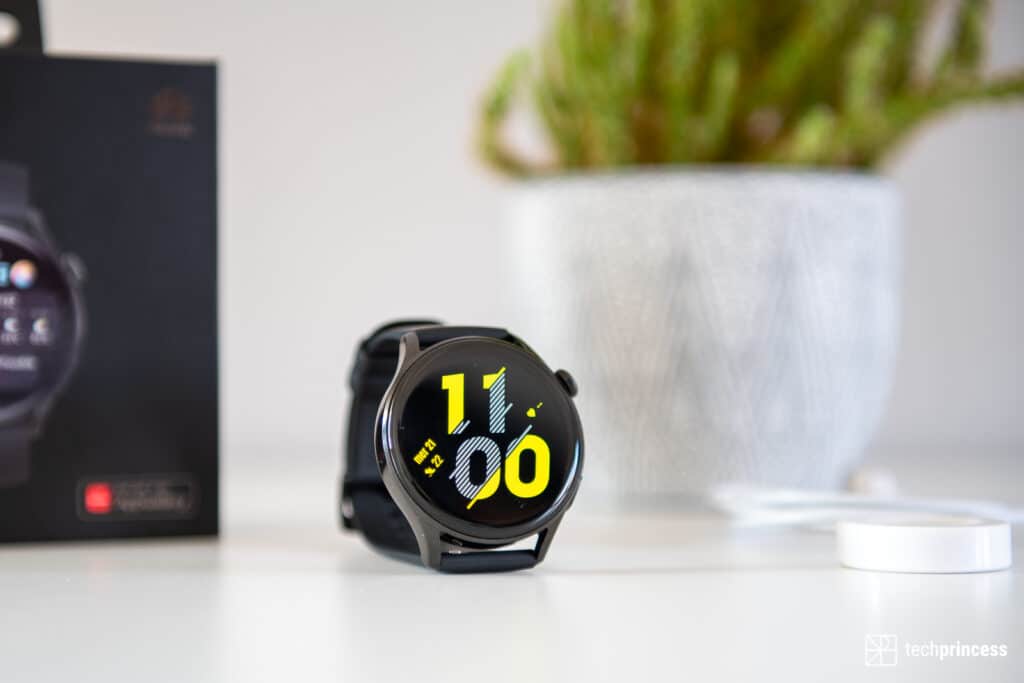 Punctual and precise notifications that we decide to activate, even if the fact remains that it is not possible, for example, to reply to SMS or messages from any other app installed on the phone. A limit if we compare this smartwatch to the AppleWatch.

As for sports-related features, Watch 3 confirms what Huawei has done in the past. There are over 100 preset training modes, constant body temperature tracking as well as blood oxygenation, stress and of course heart rate. There is also the excellent functionality for sleep control.

All collected data can be viewed both from the smartwatch and via the app Huawei Health.

Also present on board is the voice assistant, which can be activated with a simple “Hey, Celia” but which, compared to Siri or Google, still needs to be improved. We can activate alarms, start workouts, ask for information about the weather and little else.

If at the beginning of this review of the Huawei Watch 3 there were obvious bugs, in particular on the management of notifications and the microphone, with the updates received the situation has definitely changed. A proof of how this operating system is still to be perfected but already in constant improvement.

The Huawei Watch 3 is potentially among the best smartwatches on the market, it is beautiful and elegant – especially with the leather strap – but it is equally certain that it is equipped with an operating system that is still immature. There are small aspects that we are sure will be improved but, despite this, the experience with HarmonyOS has been overall positive.

In our opinion, the biggest limitation lies in autonomy, but perhaps the PRO version, which has almost double capacity, could already be the answer to this problem. It must also be said that we are facing a smartwatch that is not very cheap so the cost difference between the basic version and the PRO version could affect the choice. Huawei Watch 3 that we had on trial is for sale at on Amazon at €369, but if purchased on the official store of the Chinese company there are also some nice gifts.