One of the most coveted and talked about adventure bikes, or the Husqvarna Norden 901 was finally released. The Husqvarna Norden was presented as a concept bike at the 2019 edition of EICMA and has aroused wide interest mainly due to its original design. The production version, which adds the number 901, did not disappoint in this respect, and it is almost identical to the first idea of ​​the Swedish manufacturer.

The new Norden 901 is based on KTM components, but visually it is totally different from the bikes of the Austrian brand. Husqvarna Norden 901 successfully combines classic elements, such as a round headlight, with modern solutions, and at the same time retains its “Swedish” soul. It is generally simple in form but does not get confused with other bikes in its class on the market, and this is certainly a big plus in attracting potential customers.

The Husqvarna Norden 901 has a dry weight of 204 kg, which means that with a full 19 liter tank and other fluids it will exceed 220 kg. From these numbers it is clear that it is not a light enduro, but this model is mainly a “touring” bike, designed for long distances on variable surfaces, even the most difficult.

This is also thanks to the low center of gravity and the forward driving position. The saddle has a ground clearance of 854 mm, with the possibility of adjustment. The fuel tank is reinforced, impact resistant and, according to the Swedish manufacturer, gives the bike more than 400 kilometers of range. Its lower parts also act as covers protecting the driver’s legs from water and mud.

The Husqvarna Norden 901 is based on the well-known 899cc inline twin, which generates 105 hp at 8,000 rpm and 100 Nm at 6,500 rpm. A proven engine in the KTM 890 Adventure, powerful, which offers a great dose of adrenaline when you need it, but also friendly in tourist use. The engine is the backbone of the steel trellis frame, making it relatively light and compact, but still stiff and strong enough. 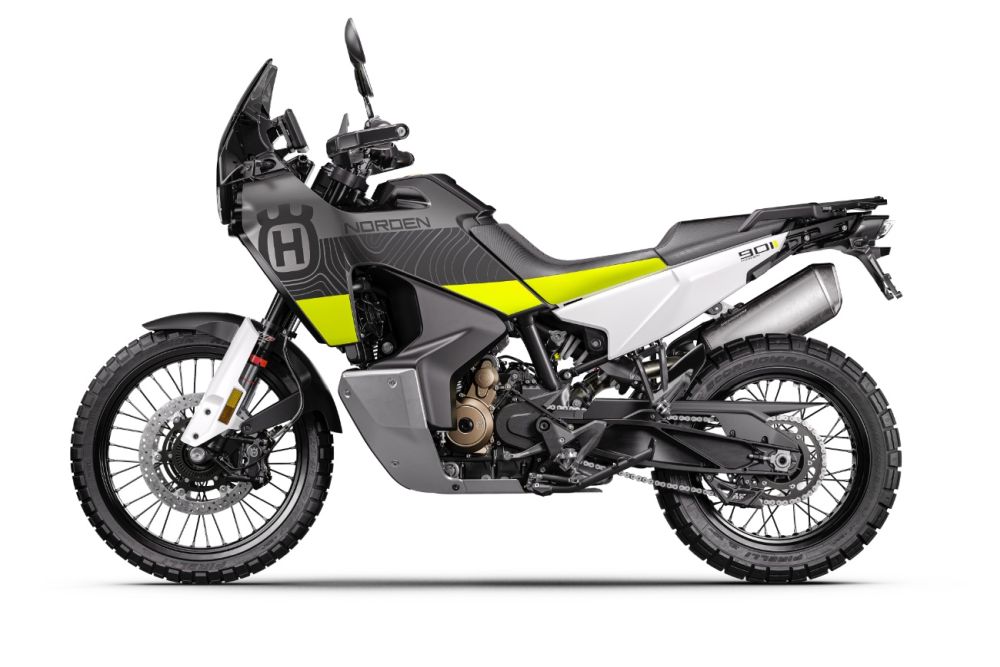 Suspension is a very important element of the adventure bike. While the Norden 901 promises real off-road capability, they definitely won’t be on par with the KTM 890 Adventure R. In the case of the new Husqvarna, it was decided to use adjustable WP APEX hinges, a 43mm inverted fork at the front (220mm travel) and a center fork with shock absorber (215mm travel). The minimum ground clearance of the motorcycle is 252mm. Norden offers 21 and 18 inch wheels equipped with Pirelli Scorpion STR tubeless tires.

J.Juan brakes are responsible for stopping the vehicle. At the front there are two 320mm discs locked by four-piston radial calipers, at the rear a single 260mm disc combined with a two-piston floating caliper. The pistons of the rear caliper are equipped with special insulating spacers, thanks to which the entire element does not overheat, for example, during longer descents with the brake on. The whole system is equipped with ABS by Bosch with the possibility of complete deactivation of the rear wheel and limitation of its operation at the front if you opt for the Offroad nodality. 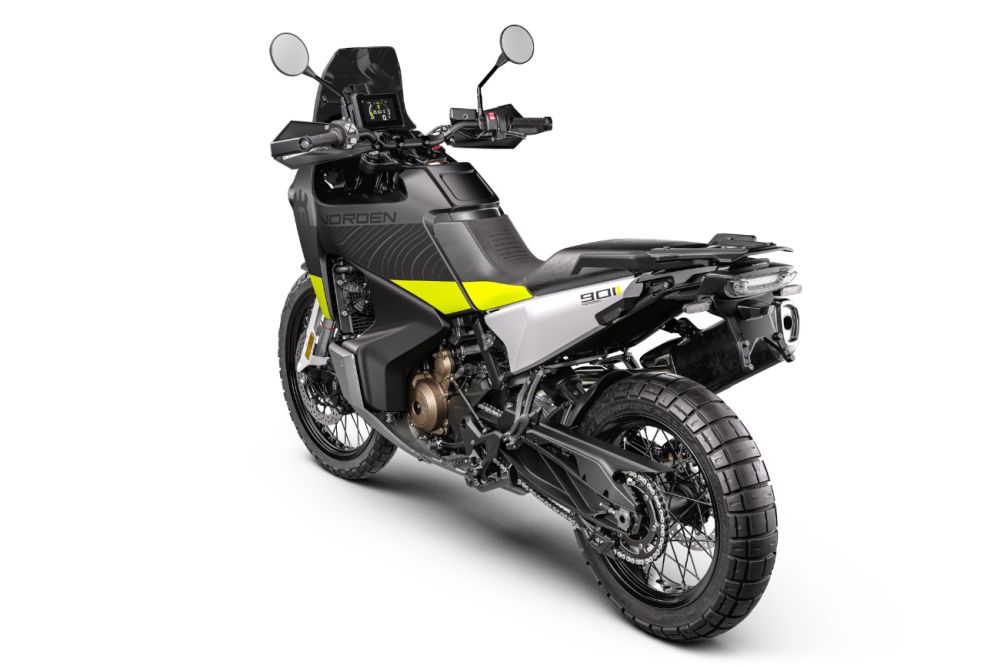 The Husqvarna Norden 901’s onboard electronics are understated without that multitude of options and settings that often scare you. It basically offers three driving modes: Street, Rain e Offroad, which affect the way power is delivered and the operation of the traction control. An additional Explorer mode is available as an option, allowing the rider to manually set the desired parameters of all systems.

A new feature, first used on Norden motorcycles, is the Husqvarna Motorcycles Ride app. Like many other apps provided on most motorcycles by now, allows you to connect your smartphone via Bluetooth and control incoming calls, music and navigation, all simplified by the buttons on the handlebar. The complete navigation map is displayed on the smartphone screen, which can be positioned above the color display of the bike. The application allows you to download maps and then use them offline.

The new Husqvarna Norden 901 will be available from December, with prices to be announced in the weeks to come.