From today the new film with leading actress Laura Locatelli entitled “Give up everything and open a Chiriguito”. Flanked by Germano Lanzoni, the popular face of Youtube with “Il milanese imbruttito”, a comedy full of gags with a great challenge in hand

Laura Locatelli returns to the cinema as the protagonist in the comedy directed by Pietro Belfiore; Davide Bonacina; Andrea Fadenti, Andrea Mazzarella and Davide Rossi; titled I drop everything and open a Chiringuito.

Flanked by the well-known face of the web “The ugly Milanese“, A test bed to support modern irony. A first feature film edited with empathy and seasoned with hilarious gags, with the aim of comparing different ways of thinking. In fact, as stated by the actress Laura Locatelli herself:

In the film my character has the function of a ‘bridge’, it helps to connect the two opposing universes: the Sardinian one and the ugly one. I love that this miracle is possible thanks to a secret weapon that I also often use in life: empathy. That gift of knowing how to understand the point of view of others, perhaps perceiving their emotions.

Laura Locatelli made her debut on the small screen in 2010, taking part in well-known TV programs and series such as: Camera Cafè; Do not kill; Ris Roma 3; Un Posto al Sole. From 2016 she began to become a figure on the web, playing the wife of the famous Milanese Imbruttito, co-star of videos with millions of views for the web.

I drop everything and open a Chiringuito: plot and details

The Mr. Dirty is a leading executive of a large multinational in Milan. His hectic life follows a very specific mantra, which he defined double F, F *** and Turnover. He thinks about breaking the balance of his Milanese routine Brusini (P. Calabresi), eccentric entrepreneur at the head of an economic empire, who for an absurd reason blows up what for the Imbruttito represents the business of life.

Shocked by the great loss and in deep depression, a longtime friend Brera (Alessandro Betti) proposes a bizarre project to the Bruttito: the purchase of a Chiringuito in Sardinia, to do business in flip-flops and… give up everything!

The family will not lack the strong skepticism of the twelve-year-old son – the Dwarf -, and of his wife Laura. Despite the strong controversy, driven by the desire for new challenges and freedom The Dirty One he decides all the same to embark on this new adventure, but is caught by a surprise that is anything but innocent.

To find out more and get updates on the world of cinema and series, follow us on TechGameWorld.com! 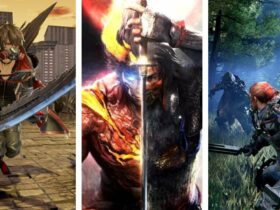 In addition to the Souls: the best soulslikes to play before Elden Ring

Urbanista Miami review: headphones with a concentration of quality and style

Monark: here is the new game from the developers of Shin Megami Tensei