Second IDC (International Data Corporation) 2022 was the year of refurbished and used smartphones. In fact, the recorded data is mind-boggling: shipments have reached 282.6 million unitsbeating the 253.4 million of 2021, therefore with an increase of 11.5%.

Is the boom in refurbished and used smartphones just a bubble?

The merit of this increase in the market for refurbished and used smartphones is due to a few factors.

First, the IDC report mentions i trade-in programs as a driving factor, so as to be welcomed by local consumers in substantially virgin premises. However, it is in already established markets such as those of the United States, Canada and Western Europe that the exchange still plays a decisive role.

Also, another important factor is the cost of the new devices. In the last year, due to inflation and the difficulty in finding raw materials, there has been a dizzying increase in prices, which has also affected the smartphone sector.

This has led several million consumers to reevaluate the refurbished and used market, preferring to focus on a second-hand smartphone that is like new.

The environment thanks you

Subsequently, a dedicated team is called to examine the smartphone. Upon receipt of eligibility it sends it to a refurbishment facility before being sold to a secondary market.

The importance of the refurbished and used smartphone market is mainly attributable to environmental factor: very often, in fact, we read about how expensive to produce an electronic device from scratch is not only in economic terms, but also in terms of emissions of polluting substances.

Moreover, these devices contain minerals and metals that are difficult to find and whose extraction releases a significant amount of CO2 emissions. Consequently, deciding to buy a refurbished smartphone, thus extending the life cycle of the phone itself, is not only good for your pockets, but also for the environment. 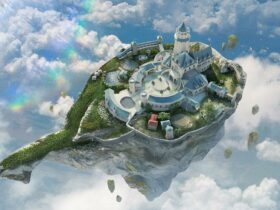