During WWDC 2022, Apple announced new features for playing iOS 16 as well as support for new controllers, most notably Nintendo’s Joy-Con and Pro Controllers. One more chance for all gamers.

Apple has given a particular focus to the world of gaming, also talking about how it becomes easier to play with new laptops on the next macOS Ventura. But iOS 16 played a central role at the live event from Cupertino and with it also mobile games.

In particular, there are updates to the Metal API for developers and a new Game Center, with a redesigned design. But the ability to play with Nintendo Switch controllers is a novelty that all gamers can appreciate.

Riley Testut, developer behind Delta and the AltStore, has already tested this new possibility using both an iPhone and an iPad with the latest beta version of iOS 16 and iPadOS 16, respectively. But the controllers should also work with Macs and Apple TVs, opening up a ton of possibilities.

Great convenience is also the fact that for the Joy-Con, not only iOS 16 recognizes the controller when it is joined, it allows you to separate it for two players to play, just like the Switch does. You can also customize the controls in the Bluetooth settings.

But according to what 9toMac reports, the news goes even further. In fact, in addition to Nintendo controllers, you can use others, according to the analysis of the code. In fact, 8Bitdo, BADA MOGA XP5-X Plus, and the Logitech F710 Gamepad should also work. And it seems that the changes in the management of the controllers, now recognized as “mobile assets” in the code, allow you to update the list of devices without the need for new versions of iOS, guaranteeing support for future controllers.

In short, iOS 16 could become the operating system that gamers have been waiting for. 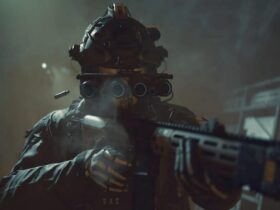