The head of Tesla, Elon Musk, recently confirmed that the company will accept Dogecoin as payment for the goods, allowing the cryptocurrency inspired by the famous meme to rise up to 24%. Let’s find out all the details together.

“Tesla will make some products purchasable with Doge and we will see how it goes”, this is what Elon Musk said in his latest tweet, which you can see above.

Dogecoin, popular with retail investors, rose to 0.20 dollars after the tweet. Musk’s various posts on cryptocurrency, including the one in which he called it “people’s cryptocurrency,” helped moneta meme to rise by 5.859% in the last year, according to site data Coinbase.

A few months ago, Elon Musk had asked his users on Twitter if Tesla would have to accept the meme cryptocurrency as a payment for the company’s devices. The survey was positive and now the company has finally decided to use it.

Musk however, he did not specify which goods users will be able to shop with Dogecoin, which is problematic as the company boasts numerous devices.

Additionally, Tesla’s merchandise may vary from 50 to 2000 dollars: the company sells clothing, belt buckles ‘Giga Texas’ e mini models of its vehicles, as well as eccentric objects limited edition like the Cyberwhistle, a whistle inspired by his long-awaited Cybertruck. He also recently released a quad Cyberquad for kids, also inspired by the truck.

Elon Musk boasts beyond 66 million followers on Twitter and, over the course of this year, he has been heavily involved in retailing, tweeting about cryptocurrencies and helping to send their prices skyrocketing. If you also want to follow Tesla’s CEO, you can do it on Twitter. 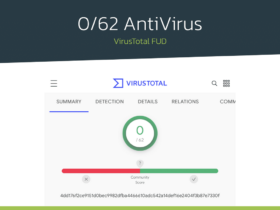 Here are the Play Store apps that stole banking credentials

Review I love you, even if …: educating to parenthood