MADworld e Animoca Brands proudly announce a partnership with Jorge Lorenzo3 times World Champion MotoGP ™to venture together in the metaverso. This collaboration consists of multiple drops of NFT (non-fungible tokens) and will lead to the imminent release of the gioco play-to-earn (P2E) by MADworld titled MADrace, which assimilates all of MADworld’s P2E NFT projects into a single racing ecosystem. The campaign will include exciting giveaways, never-before-seen utilities, and some incredible real-world and digital experiences with Jorge himself.

Lorenzo is considered one of the most skilled and courageous pilots of this century. X-Out o ‘Por Fuera’ which means “outside” is Lorenzo’s nickname, earned after making the famous move during a race in 2003. The 3-time MotoGP World Champion throws himself into the metaverse sharing memorabilia accessible to all the public in an exclusive digital experience linked to live events.

“I am super excited to partner with MADworld and Animoca Brands to bring exclusive new experiences to my fans around the world. Now I can interact with them in a whole new way never seen before and the opportunities that await us are endless, ”he said Jorge Lorenzo. “I have worked all my life to become a motorcycling champion and I am still very attached to the world of racing. This year I will make my debut as a MotoGP commentator, a whole new challenge for me. I want to continue to inspire my followers and let them know that I keep facing new challenges trying to improve myself every day. I will give everything so that our NFTs can be valuable and in great demand “.

“We are delighted to have Jorge with us for this fascinating collaboration,” he added Robert Tran, CEO of MADworld. “Our vision is to make sure athletes can share this Web3 experience with their fans while leveraging some amazing artists across MADworld’s vast array of digital talent. Traditionally, athletes’ participation in live events is geographically delimited. We want to increase their reach so that they can extend these possibilities into the Web3 ”.

The duo MADworld and Jorge Lorenzo represents an exciting and important step for MADworld’s growing offering. Arnold Concepcion, Head of Operations at Animoca Brands, commented: “By allowing NFT artists to work with renowned people such as Jorge Lorenzo, we are able to explore the breadth of MADworld’s capabilities and we can expand beyond just the artist’s defense, promoting them. instead, on the global scene of NFT dominance. It will be an exciting collaboration to explore sporting opportunities in the metaverse ”. X-Fuera, a collection of themed avatars in the unmistakable style of the MotoGP champion, will launch Jorge Lorenzo into the metaverse, offering 9,999 X-Fuera riders and 9,999 superbikes ready for MADworld’s expanding ecosystem. Owners can fuse a Rider and a SuperBike together by collecting one of the MADserums in drop 2.5, unlock playable characters and earn UMAD!

The possibilities don’t stop there, they will also be there amazing real world experiences involving Jorge Lorenzo himself, memorabilia giveaways, virtual events and much more. MADworld will connect Jorge Lorenzo’s campaign to the rest of his large family, made up of many other brands such as BAPE, B.Duck and others.

The X-Out campaign will be full of adrenaline, MADreturns, amazing original content and so on! Stay tuned for X-Fuera, available soon!

MADworld offers an NFT creation platform and an NFT marketplace who use blockchain technology to defend the artists, works of art, creators and content that enter the metaverse. MADworld supports the minting of NFT to validate ownership and provenance of physical art, collectibles, products and original content derived from live concerts, sporting events, artist battles and other modes of creative expression. MADworld is designed to give creators full control over their NFT strategy by supporting them, maximizing income and the impact of their intellectual property in perpetuity. For more information and updates on MADworld, please visit: Website | Twitter | Medium | Discord | Telegram. 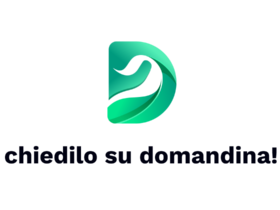 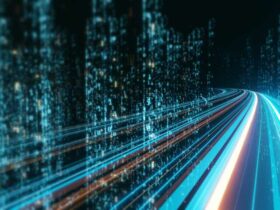