The BRZRKR comic, signed by Keanu Reeves, will become an anime series and a film, starring the same actor: we will find them on Netflix

Not everyone knows that recently Keanu Reeves, as well as appearing on our screens, wrote a comic. BRZRKR is his curious title, and the Canadian actor created it together with the New York Times cartoonist Matt Kindt for BOOM! Studios. The illustrations are by Ron Garney, with the colors of Bill Crabtree, while Clem Robins took care of the lettering and Rafael Grampá of the cover and character design.

The first issue of the series was released last March 3 in a limited edition, and has already sold over 615,000 copies, becoming the debut book of a new best-selling original series of the last thirty years.

BRZRKR: Keanu Reeves’ comic becomes a movie and an anime

An interesting project, as well as an announced success, which will evolve further thanks to Netflix. The streaming giant has in fact secured the rights to the work, and is ready to produce and distribute a movie and an anime series based on the comic. The actor will not only star in the live-action, but also producer (along with Ross Richie and Stephen Christy) and co-writer of both projects. The first to make its debut will be the feature film, followed by the animated series which will constitute a spin-off with which to expand the universe created by Reeves.

Here she is official synopsis of the first of the twelve numbers of BRZRKR:

The man known only as B. is half mortal and half god, condemned to a life of violence … at the cost of his sanity. But after wandering the world for centuries, B. may finally have found a refuge, working for the United States Government, to fight battles that are too violent and dangerous for anyone else. In return, B. will be guaranteed the only thing she wants: the truth about her bloodthirsty existence… and how to end it.

We are really curious about this collaboration between Keanu Reeves and Netflix! What do you think? Let us know with a comment and keep following us on this page so as not to miss all the news on cinema and TV series!

Goodbye Adobe Flash, the future of entertainment is called Amazon 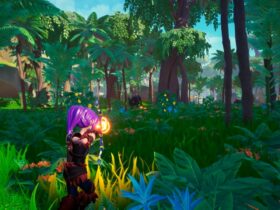 Elements is the new action game developed by Wreckit Games

The best. Marco Pantani: the documentary