Kevin Spacey, overwhelmed by allegations of sexual harassment about five years ago, received the prestigious Stella della Mole Lifetime Achievement Award from the National Cinema Museum in Turin, in recognition of his artistic merits and his contribution to cinematographic art

Kevin Spacey, who has already been in the city for a few days, held the awaited masterclass at the National Cinema Museum in Turin, received yesterday, January 16, the Star of the Mole, coveted recognition for his film career. The actor, before accepting the award, thanked the Turin Cinema Museum in no uncertain terms, acknowledging that he “had the p *** e” to invite him. In fact, despite the fact that five years have passed since his career suffered a forced pause due to sexual harassment allegations and despite the fact that the trial against him ended in an acquittal, Kevin Spacey remains ostracized from Hollywood.

After the media storm by which he has been overwhelmed in recent years, Spacey has decided to accept the award, thanking – as mentioned – the institution of the National Cinema Museum of Turin and its director, Domenico De Gaetano, to whom they have been reserved these words.

By giving me this award they are making a strong defense of artistic achievement and, for that, they should be applauded. I just want to say how grateful I am to my friends and colleagues, and friends of friends and colleagues who flew in to be here tonight. I am touched by your presence. Kevin Spacey at the National Cinema Museum in Turin: the memory of his extraordinary career

In front of about 400 people the actor thanked his manager and best friend Evan Lowenstein, who helped him during this difficult period. Thanks also went to his mother, who had taken him to the cinema since he was little. Space then for memories related to his career (the masterclass was followed by the screening of American Beauty) and in particular to the partnership with Bryan Singer, who directed it The usual suspects:

He didn’t want us to rewatch the scenes he shot. It was a smart decision on his part because it allowed me to trust him completely. I don’t know if anyone knows this story but a funny thing happened the first time he showed the first cut to the cast. After the viewing I saw Gabriel Byrne as he argued with Bryan in the parking lot because he was absolutely convinced that he was Keyser Söze.

The two-time Oscar-winning actor presented anecdotes and stories in his speech, never forgetting the enormous fortune and privilege of being able to collaborate with great directors. Lastly, Franco Nerowho strongly wanted it in his second film as director, The man who drew God. 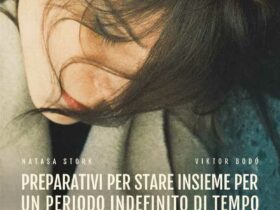