In this preview we will talk about King’s Bounty II, the new fantasy game with a hybrid gameplay between the classic RPG and the strategic

The saga of King’s Bounty originated in 1990 when New World Computing (the development studio behind the Might and Magic franchise) released the first game in the saga. This did not generate any follow-up until 2008, when the Russian studio 1C Company publishes King’s Bounty: Legends, which takes up the mechanics of the first and readjusts them to work within the structure of a contemporary video game.

The success of the titolo reboot was such as to allow the developer to realize several sequels. However, these were built using the same engine behind the video game released in 2008 and, in fact, are more similar to DLCs than to actual sequels. King’s Bounty II, to which we had access in advance, represents the first try of 1C Company to make a sequel using a new engine. Unlike the others, this new title also distances itself from what was the setting of King’s Bounty: Legends.

The plot of King’s Bounty II, at least from what we have been able to see from this preview, is one of the less interesting aspects of the work. It is in fact the usual epic story, which has become a cliché in the fantasy genre: a terrible threat is upsetting the balance of the world and the protagonist is destined to rise to fight back this monstrous danger. History redeems itself in part thanks to the presence of alternative routes which, we suppose, may lead to different conclusions; in order to be able to judge in an exhaustive manner, however, we would need to access the full title.

Rather interesting is the lore, which is striking for its own depth. Leaving for a moment the path traced by the main missions, we realize that everything around us is there a world full of life, inhabited by men and women with stories, ideas and goals. If the final product will be able to pay the right attention to this lateral but no less important aspect of the setting, the banality of the central plot will no longer be an element capable of negatively conditioning the work. 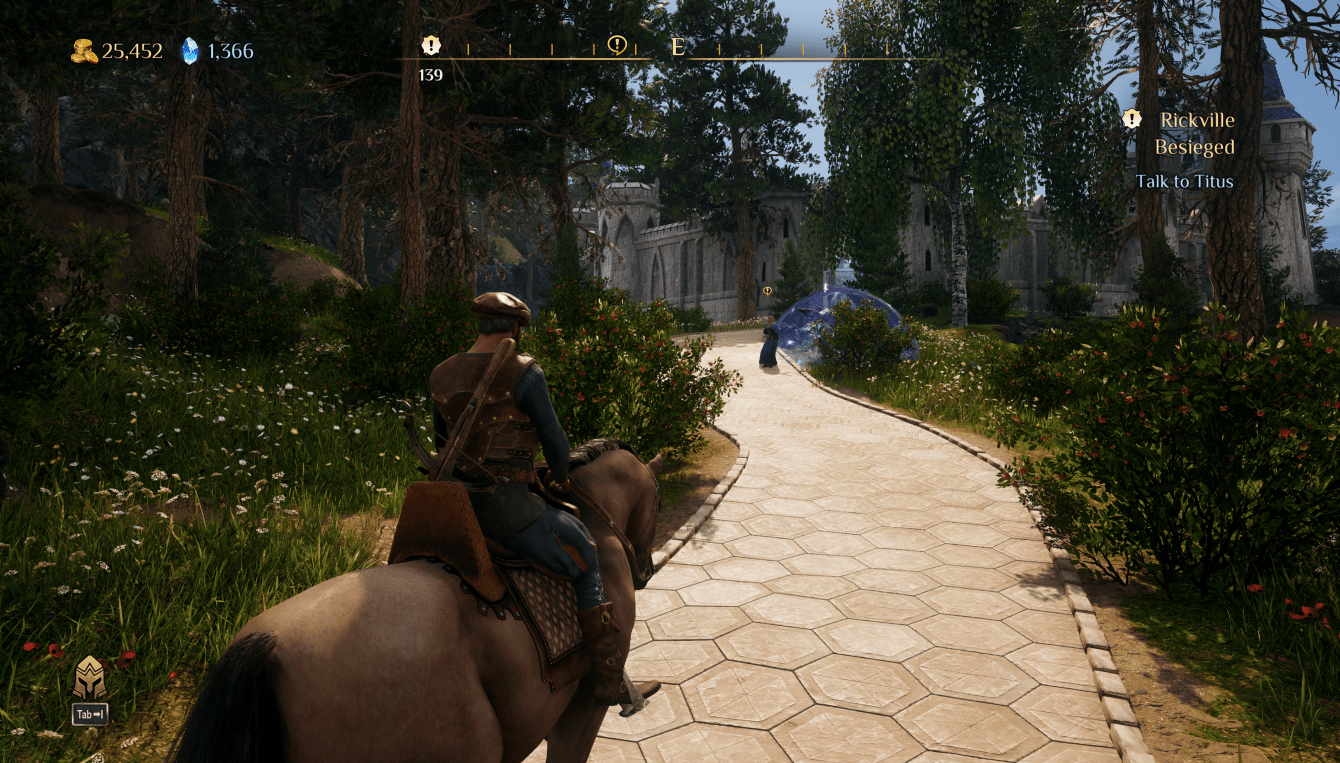 A hybrid of RPG and strategy – King’s Bounty II preview

It is evident already from the demo we had access to that the element that most characterizes King’s Bounty II is his gameplay. This mixes some typical elements of the RPG, such as leveling up and learning new skills, with others being common in strategic stocks. In particular, the exploration of the world and the interaction with the characters that animate it have a trend that recalls the role-playing game, while the combat uses a structure typical of the strategic game.

The exploratory part is the one that contains the largest number of critical issues. It is not convincing, for example, that the objects with which the player can interact are highlighted in such a way that, in addition to preventing the suspension of disbelief from being created, the exploration of the environments in search of clues and treasures becomes overly simple and, consequently, not very funny.

The combat, in which the units that make up the protagonist’s army are commanded, is based on one shift structure and it is rather solid. Positive is the fact that, despite the rules that animate it are simple, the clash with an adverse faction does not have a foregone conclusion and that, even in the face of the least threatening of opponents, the use of the wrong strategy can lead to results disastrous. Finally, also thelarge selection of units (each with strengths and weaknesses) with which to build your own troop contributes to making this the most fun part of the game.

However, there is one aspect of the fight that we hope has improved in the final version of the title: the camera management. When you try to adjust the point of view from which you look at the battle the response of the game is strangely clumsy and as a result, the player will rarely be able to set the view the way they would like, even if it is technically possible to achieve. 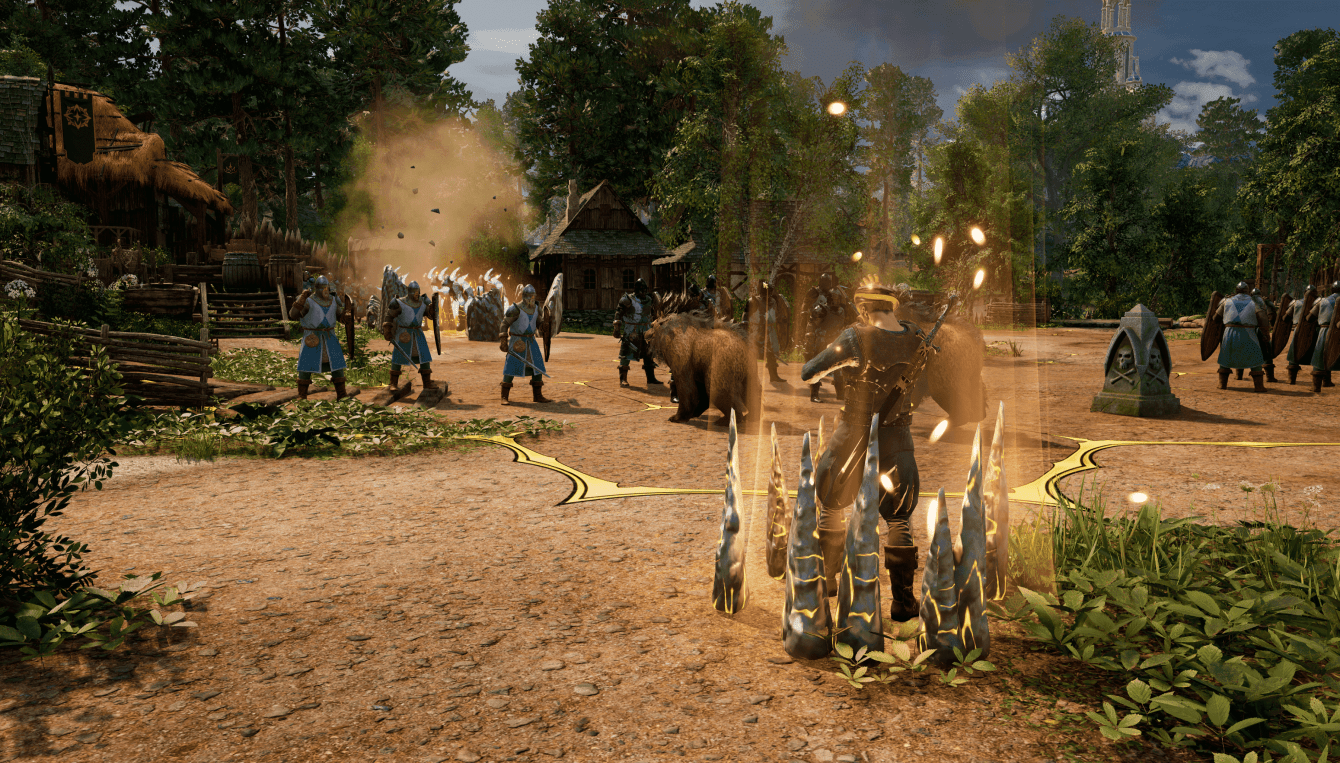 Since our access is limited to a preview, we have not had the opportunity to fully explore the setting of King’s Bounty II, but what we have seen of the continent of Our (this is the name of the fantastic region in which the game is set) struck us in a positive way. It is characterized in fact by the presence of a good number of localities, all with apersonal aesthetics, defined by the architectural style and the type of climate.

Less satisfactory is the performance of the graphics engine, which despite using the Unreal Engine 4, does not always appear sufficiently stable. The most obvious flaw is the one that sees the details of objects and people take a few seconds to look their best. Furthermore, during the combat phase, the proposed animations, while not terrible, appear a little below the general quality of the title. 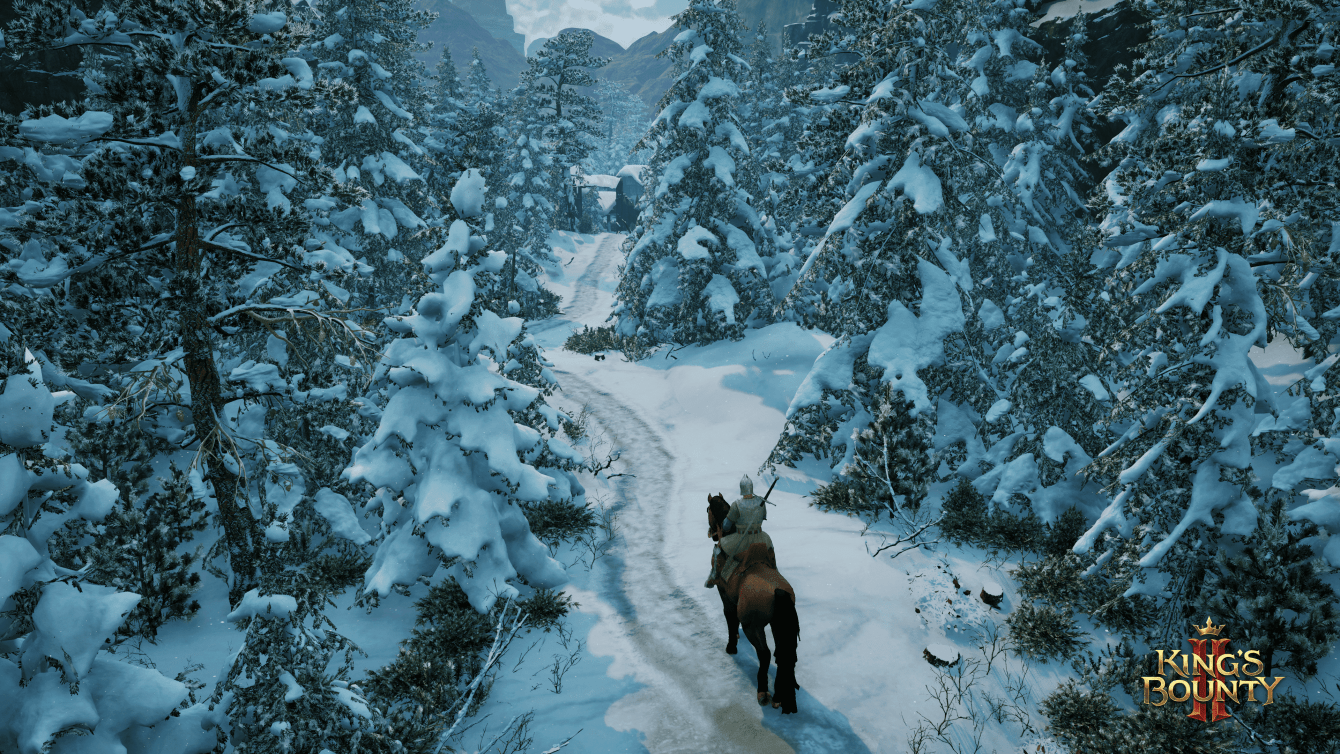 At the end of this preview, we can say that King’s Bounty II is certainly a promising title. It is undoubtedly a product ambitious, which contains within it all the features necessary to get noticed within the videogame offer, despite this becoming more profound and varied every day. At the same time, in order to break into the hearts of the players, the game needs to improve in some respects.

The hybrid gameplay, which very few other titles have chosen to implement, is certainly the best arrow in the video game’s quiver. It is also the area where less refinement is needed. To make it fully satisfying, it will be sufficient to correct the shot on a couple of secondary aspects, which otherwise risk making frustrating the player experience.

What perhaps King’s Bounty II lacks most, speaking instead of plot and aesthetics, is one strong personality. To travel the adventure the idea that creeps in is that of being in front of the generic fantasy experience. As mentioned in a previous paragraph, the game could however find its identity within the side paths and side missions.

the exit date of King’s Bounty II has been set for the next one August 24, the game will be available for PC, Xbox One, PlayStation 4 and Nintendo Switch. Keep following us on TechGameWorld.com for more exclusive previews and to stay updated on the main news regarding the best video games coming out. If, on the other hand, you are interested in buying a title, we suggest you take a look at the vast Instant Gaming catalog.