Through a blog post on their official channels, Velan Studios allowed us to take a first look at the Knockout City roadmap for 2021: let’s find out all the details together

Knockout City is an enterprising experiment born from the mind of the Velan Studios guys and the support of Electronic Arts that allows you to experience, on your skin (and on your faces), the magic of dodgeball. Arrived on EA Play and Xbox Game Pass since day one, the game immediately made sparks becoming one of the most talked about titles of recent months. In the past few hours, through a press release, EA and Velan Studios have shared some previews of the news coming to Knockout City.

With the help of a long blog post on their official channels, in fact, the developers showed the first part of the roadmap for 2021. Starting July 27, season two will begin with a new map, a new special ball, three unreleased events, new seasonal contracts, five new playlists and the addition of a new daily login bonus. We leave you the summary image of the roadmap right below, just to give you an idea of ​​the future plans of Velan Studios for the title. 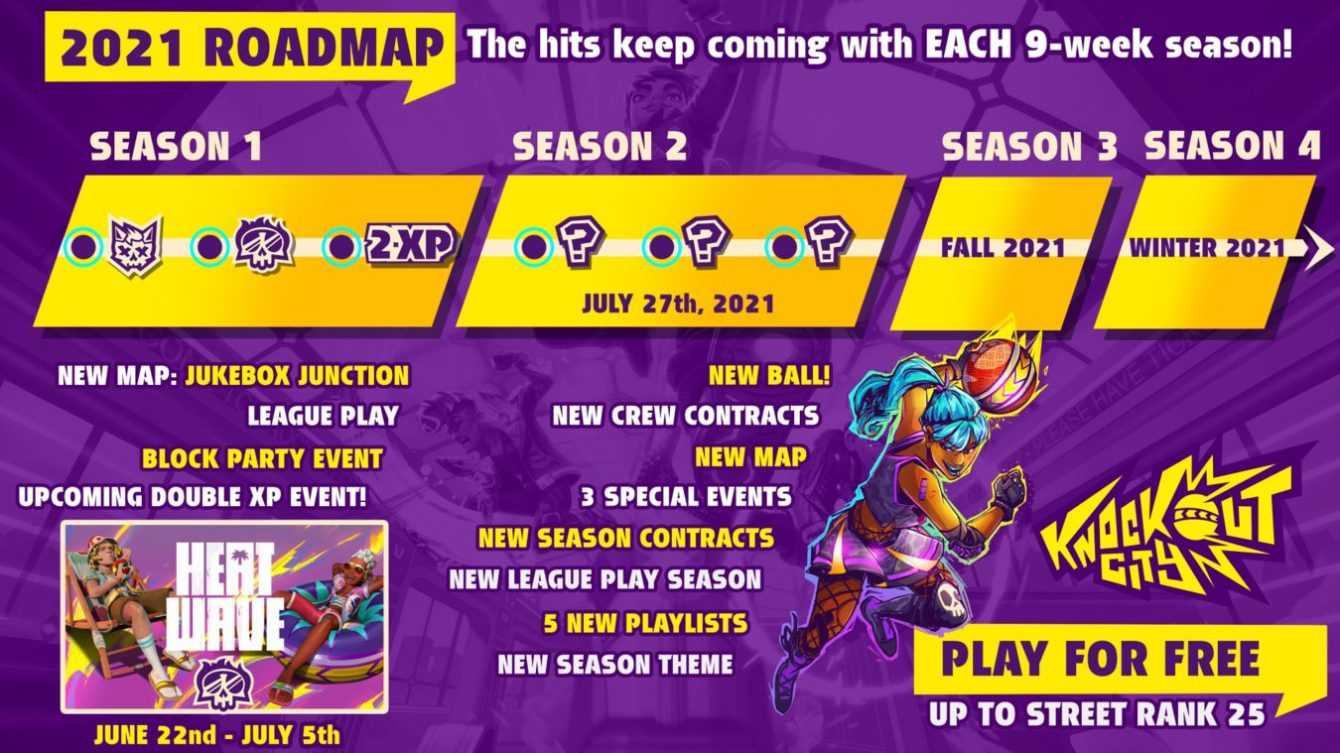 Knockout City shows itself with the first small roadmap: lots of news coming!

Knockout City has garnered more than five million players in two weeks, and according to EA’s and developers’ plans, seasons will arrive every nine weeks. Season 3 will be unveiled in the fall and season 4 in the winter months. In the meantime, you can keep enjoying yourself thanks to the recent limited time event introduced in the game: Heatwave. Warning: you only have one week to cash in the tickets you have saved before the event ends and the items disappear forever.

A promising roadmap for Knockout City and we fervently hope that Velan Studios will be able to keep up with what is promised. We remind you that Knockout City is now available on PS4, Xbox One, Nintendo Switch and PC and on PS5 and Xbox Series X | S through backwards compatibility. What do you think of this new game as a service? Write it to us below in the comments, we will continue to keep you updated with all the news, guides and reviews with a videludic and tech theme! And if you are interested in game keys at advantageous prices, we recommend that you take a look at the InstantGaming catalog!