Dinsey + is ready to broadcast the first Launchpad season from May 28, 2021 and for the occasion releases the featurette of Embrace yourself

Disney + released “Embrace Yourself,” the featurette for the first season of LAUNCHPAD, a collection of live-action Disney shorts made by a new generation of storytellers. LAUNCHPAD’s goal is to diversify the stories that are told and give visibility to those who historically have never had space.

Inspired by the journey of a lifetime, these first six short films for Disney + are based on the theme of Discovery: “Discover”. All six shorts will be available to stream on Disney + starting May 28.

LAUNCHPAD Season 1 cameras and lenses were provided by Panavision, a world leader in technical and creative solutions for the film industry. “Panavision and Disney share a commitment to give a voice to storytellers from different communities”, ha affermato Kim Snyder, Panavision President and CEO. 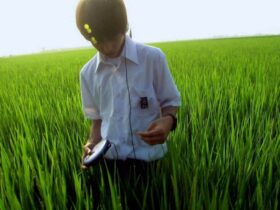 All about Lily Chou-Chou, di Shunji Iwai | In the mood for East

Battlecat: Ubisoft working on a crossover between its franchises?