We have waited a long time for it, but today Life is Strange: True Colors, the new chapter in the Square Enix series that is finally available for purchase, has arrived on the shelves around the world.

Let’s admit that, after the small slip made with Life is Strange 2, the announcement of a third chapter by Square Enix scared us not a little. It was certain that it would come, it had been rumored for some time, but in the end True Colors showed itself during a Square Enix Presents a few months ago, together with the remastered version of the first chapter (together with the spin-off Before the Storm) in I am still not sure when. Well now we are, the wait is over and the third official installment of the Life is Strange series is finally available from today, September 10, on PC, PS4, PS5, Xbox One, Xbox Series X | S, Nintendo Switch and Google Stadia.

Our protagonist will be Alex Cheng, a young woman who recently moved to the fictional city of Haven Springs, Colorado, to find her brother Gabe. From the first trailers shown it was anticipated that Gabe will die in a strange and tragic accident, of which Alex is absolutely not convinced. Exactly for this reason, the girl will investigate the affair thanks to her supernatural powers. Unlike the first chapter, however, it is not about time travel or the like. True Colors is more markedly devoted to emotions and Alex will be able to use his “Empathy” to read, feel and manipulate the emotions of others. On the occasion of the launch of the title, a new trailer was also released, which you can find below.

Finally here we are, Life is Strange: True Colors is officially available!

Developed by Deck Nine Games, the same ones who worked on Before the Storm, a highly appreciated spin-off from the first chapter, True Colors promises to emphasize the styles already imposed by its predecessors, deviating a little and, we hope, growing. Attention, we will surely find ourselves in front of a teen drama, that’s for sure, with a strong emphasis on storytelling and typical adolescent problems and anxieties. This absolutely does not mean, however, that Life is Strange: True Colors does not know how to offer interesting ideas. We’ll see!

We have already explained everything you need to know about Life is Strange: True Colors in a detailed preview article, which you can read by clicking here. What do you think of this new iteration of the Square Enix series? Write it to us below in the comments, we will continue to keep you updated with all the news, guides and reviews on videogame and tech! And if you are interested in game keys at affordable prices, we recommend that you take a look at the InstantGaming catalog! 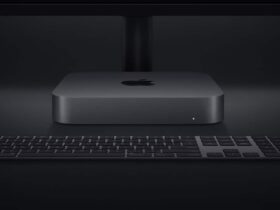