Robust Games and Chucklefish have announced the arrival, by the summer of 2022, of Loco Motive, a point and click adventure with a comic flavor for PC and Nintendo Switch.

Loco Motive: A train, a mysterious murder, a new adventure for PC and Switch

A train ride and a murder mystery. Does it remind you of anything? This is the underlying story of Loco Motive, the new title of Chucklefish to be released for PC and Nintendo Switch in 2022, which seems to resume one of the classic yellow films.

Loco Motive instructs players to investigate Lady Unterwald’s suspicious death aboard the opulent 1930s steam train, the Reuss Express. Players will be able to make use of the skills of a lawyer, an amateur detective and an undercover agent at various points in the game. Yes, because on the long tracks of madness we will meet a complete cast of grotesque and absurd characters. You will have to solve the various puzzles to prove your innocence and find out who the killer is. The game, however, is also punctuated by a strong irony, and as tragic as the situation is, there will still be laughter.

Loco Motive is scheduled to be released in the summer of 2022.

Read also: The fantastic and bizarre world of Eastward is available on Switch and PC

Playstation: announced the acquisition of the Valkyrie Entertaiment studio 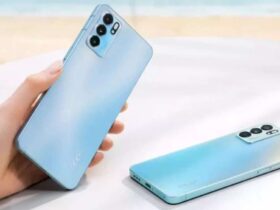 OPPO: here are the company’s five tips for content creators

Back 4 Blood: Offline mode and new content in the Christmas update